By most measures and by many accounts, Gov. Chris Christie appears as prepared as ever to hit the road to the White House — or at least the first leg of the dirt path to the Republican  primaries — beginning next year. He’s built a national profile as the head of the Republican Governors Association, raising millions of dollars for the organization to date. He’s built relationships with top donors, some of whom consider him a frontrunner for the party’s nomination. And he continues — for better or worse – to be the center of attention on many current issues facing the state and country, showing up on morning talk shows and making national headlines. (Brush/PolitickerNJ)

BELMAR – The late Joe Strummer of The Clash voiced an idea in the 1980 song “Clampdown” that some say has become a regular theme in New Jersey Gov. Chris Christie’s political song book: “Let fury have the hour, anger can be power. Do you know that you can use it?” (Bonamo/PolitickerNJ)

PERTH AMBOY – Again the local rugged waterfront streets beckon, where even the widest eyed U.S. Senator bends to the tableful of school board candidates, and where the same pastel colored campaign signs that once irritated Steve Lonegan look small alongside the massive posters for the council candidates of Mayor Wilda Diaz. (Pizarro/PolitickerNJ)

In what looked to be a potential surprise in New Jersey’s 5th House district contest, GOP incumbent Scott Garrett has extended his lead to a more comfortable 11 points over Democrat Roy Cho, according to a new Monmouth University Poll. (Pizarro/PolitickerNJ)

Democrat Assemblyman Reed Gusciora is being considered for an appointment as a Mercer County Superior Court judge, in a possible career change that would end a political career of one of the leading liberals in the Legislature. (Curran/The Princeton Packet)

New Jersey Gov. Chris Christie on Wednesday teed off at a heckler and told him to “sit down and shut up!” in a heated exchange along the Jersey Shore — a confrontation captured on video that drew a stinging rebuke from one of President Barack Obama’s former top advisers. (Breitman/POLITICO)

Gov. Christie on yelling at N.J. heckler: ‘just another day on the ranch at Rancho Christie’

FARMINGTON, N.M. — Gov. Chris Christie said today he doesn’t relish berating people who interrupt his public appearances, but that doesn’t mean he won’t back down from a challenge. (Arco/NJ Advance Media for NJ.com)

James Tedesco, the Democratic candidate for Bergen County executive, has raised about 81 percent more in contributions than Republican incumbent Kathleen Donovan, according to the latest round of campaign finance reports. (Ensslin/The Bergen Record)

Obama assails Ebola quarantines, saying they are based on fear, not facts

President Obama on Tuesday forcefully rejected the idea of a quarantine for medical­ workers returning from Ebola-affected­ countries, arguing that such an approach would undermine the broader effort to eliminate the epidemic. (The Washington Post)

Presidential run not on the table for Paul Ryan

MONROE, Wis. — Rep. Paul Ryan (R-Wis.) sat in the front booth of Baumgartner’s Cheese Store and Tavern on a recent weekday, his wiry frame hunched over a plate filled with slices of smoked Gouda. He waved me over to take a seat. When the waitress stopped by, he told her, earnest as ever, that I would like a Limburger sandwich. He chuckled. “You know, that’s the worst smelling cheese they’ve got,” he said. (Costa/The Washington Post)

Democrats are devilishly making the case that Burlington County freeholder candidate Mike Schmidt should receive a boost on the countywide ticket this year because he bears the same name as the famous Hall of Fame Third baseman who played for 18 seasons with the Philadelphia Phillies. (Pizarro/PolitickerNJ)

On Wednesday, a day before Chris Christie was to return to Iowa for the second time this week, a protestor showed up at a Bellmar, N.J., event where the governor was marking the second anniversary of Hurricane Sandy. (Basu/The Des Moines Register) 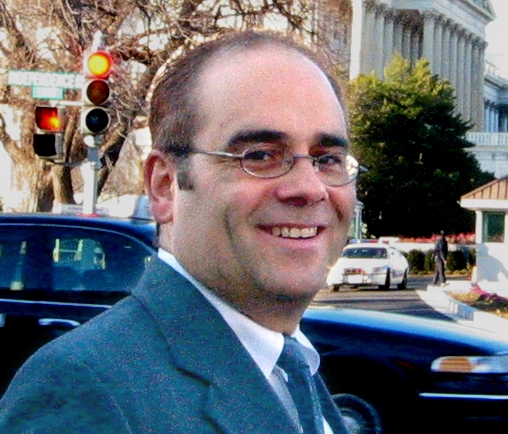