Sometimes it feels like we are living in a giant self-esteem seminar.

When ISIL started beheading men, crucifying Iraqi Christians and sexually enslaving teen girls, a Facebook page and Tumblr sprang up called #Muslimapologies. Now, you might think the people behind this movement were motivated to bring together the good, peace-loving Muslims to renounce the barbarism being done in the name of their common god and holy book.

But no. The hashtag is a forum in which to assuage their sense of group victimization.

The Huffington Post called “The Top Ten” such tweets, which ooze condescension and superciliousness, that would be, needless to say, politically incorrect coming from members of any other of the three dominant religions.

“I’m sorry if my beard scares you, it’s hormonal, I swear.”

And the most offensive of all: “I’m sorry Muslim women had rights 1,400 years ago while you were still discussing if women had souls.”

Imagine the outrage if Jews had set up a religiously self-congratulatory hashtag and Tumblr during the bombing of Gaza, or if Christians started patting themselves on the back about their compassion after W. rained Shock and Awe on Baghdad.

Muslims might actually want to, if not apologize for, at least renounce, loudly and frequently, what’s being done in the name of their religion. Yet, in the current climate, to say that is to risk being accused of Islamophobia and much, much worse.

In Europe they even have laws to keep the conversation within the above boundaries. That’s how the great Italian journalist Oriana Fallaci, who called the burqa “this filthy medieval rag,” spent her last days on earth on trial for hate speech. Danish cartoonists who made black humor of jihadists bombing for Allah had to build themselves safe rooms.

In Amsterdam, when fundamentalist immigrants needed state-subsidized housing, but wanted to keep their females from defiling the common areas, the Dutch government gamely built dividing walls in their apartments.

Here in god-lovin’ America, we progressives couch our discussions about Islam’s issues in terms of atheism versus religion. (FoxNews and neocons have their own discussion going on.) We watch Bill Maher and Sam Harris on one side of the ring, verbally punching Ben Affleck, Nick Kristof. (There are almost never any women in the ring, unless a booker decides to round up someone in a headscarf.)

Atheists believe religion itself, and especially the living interpreters and leaders of Islam have much to answer for in regards to terrorism, and the current state of mayhem around the world.

Progressive apologists and the PC Muslim intelligentsia tend to respond to critiques with nasty words like bigotry, racism and Islamophobia.

They like to point out that the West is reaping what it sowed among the Muslims after decades of colonialism, and now, blowing off dead civilians in drone attacks as collateral damage.

There is truth to the collateral damage accusation. But let’s remember why the drones went over to Afghanistan in the first place: thugs took over, settled in with civilians and plotted and carried out global mayhem.

As for blaming colonialism: the notion that Islam had a gentler side when the West showed up is totally inaccurate. As I documented in my book about Napoleon’s scientists in Egypt, when the French arrived in Egypt in 1800—the first large-scale interaction between the west and Islam in modern history—they were appalled at the treatment of women.

Just one example: in his journals, Vivant Denon—who would go on to be first director of the Louvre—described encountering a woman in the middle of the desert with an infant on her back. Blood streamed down her face and a close look proved that both her eyes had been stabbed out. Denon wanted to give aid, but the locals told him her husband had merely meted out the approved punishment to unfaithful women.

As in 1800, so today for women in most Islamic countries, where honor killing and abuse and hatred of female sexuality still rules—and not just among the jihadists. RIP to Reyhaneh Jabbari, hanged by the Iranian government last weekend at 26. For stabbing her rapist.

Sometimes—but not often enough—actual Muslims enter the room. Iranian-American writer and academic Reza Aslan has made himself into the go-to guy for the Council on Foreign relations, MSNBC, Beast and other progressive outfits when they need to trot out a reasonable man.

Mr. Aslan, a looker, is the handsome exemplar of the “religion of peace.” He’s palatable to faith-based Americans because he is a lifelong religioso, having converted to evangelical Christianity as a tender teen, then returning to the Muslim fold.

After the latest Maher/Harris versus Kristof/Affleck bout, Mr. Aslan found an atheist with whom to co-write a piece in The Guardian, headlined “‘Violent’ Muslims? ‘Amoral’ atheists? It’s time to stop shouting and start talking to each other.”

The little essay outrageously attempted to equate savage Islamist attitudes toward women—sanctioned wife-beating, deprivation of basic rights including the right to divorce and drive cars and inherit wealth—with recent allegations in the atheist world that women have been harassed in elevators at atheist conferences.

They also try to argue that atheists and Muslims are equally “underrepresented.” Utterly ludicrous when more than a billion people identify as Muslims and entire nations—Egypt, Indonesia, Afghanistan, Iran and the Gulf monarchies—identify as Muslim. Where is the atheist nation, gentlemen? I’d like to get my passport.

Reza Aslan and his ilk contort themselves to avoid the fact that muezzins the world over have raised the planetary threat level thanks to the Wahhabi takeover of Islam.mu

When progressives like Mr. Aslan refuse to condemn what’s going on inside the mosques, they are as much a part of the problem as the men in the minarets, medieval termagants obsessed with maintaining power over sheeple’s minds and souls.

There is one brave Muslim voice playing on Broadway now. Ayad Akhtar won the 2013 Pulitzer for Disgraced, which charts the collapse of a Pakistani-American lawyer’s life during a night when the ugliest demons of his religious upbringing rise up, and he winds up reconnecting with his inner wife-beater.

It was interesting to watch Disgraced in an audience of New Yorkers—theater-goers, sexually ambiguous, politically correct, neurotic about Ebola and paranoid about terrorism—as actor Hari Dhillon admits he felt a “blush” of pride on 9-11, and explains how he was trained as a boy to spit in the face of a Jewish girl he liked.

One could sense the thought bubbles popping up all over the theater: “Can they really say that?!?”

We’re all so used to bending over backward—like Reza Aslan, and like every other academic Mr. Aslan dines with—that nobody in polite company ever says what Mr. Akhtar says in this play, that for Muslims to join modernity, they must relinquish at least some of the tribalism and sense of humiliation at the root of the politics of Islamism.

It’s been said so often that it’s a trite-ism—Islam needs a reformation. But it’s true. And for that to happen, Islam needs more brave souls like Mr. Akhtar—not appeasers like Reza Aslan and PC progressives like Mr. Affleck.

In an interview with NPR after he won the Pulitzer, Mr. Akhtar used the word “rupture” to describe what’s happening in Islam. “An artist’s job is to tease and poke and question the larger racial, ethnic, religious and social conscience and in the process to provoke questions that lead to new practices and new way of seeing. Being in conflict with one’s subject matter is not such a bad sign after all.”

But when being in conflict with one’s subject matter brings on riots and actual physical attacks—not the ad hominem slurs of debate—too many choose the quiet way.

Correction: This version has been corrected to reflect that muezzins are associated with Wahhabism. 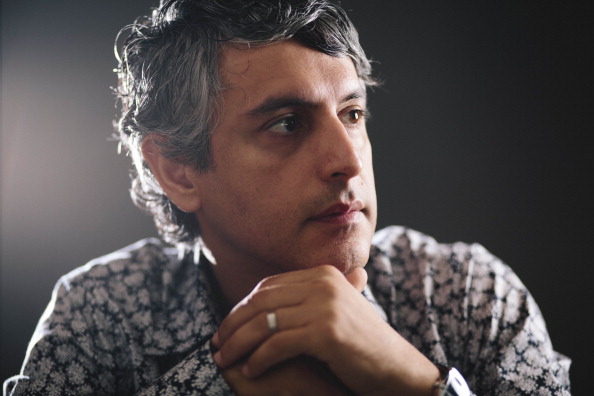