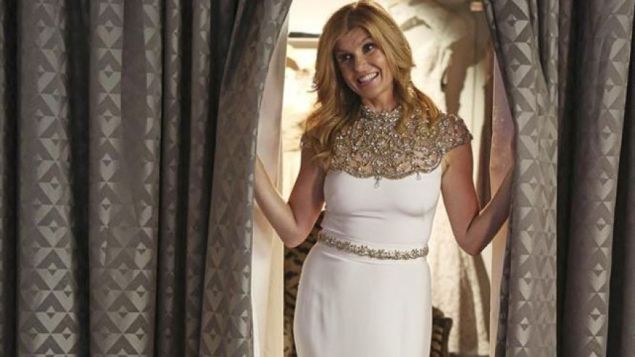 I guess the writers were finally tired of everyone in Nashville leaning around like sad mops in a broom closet, because this week, people actually started having some fun.

Almost everyone had some sort of friendship storyline written into this episode. The top of my list of new besties are Rayna and Sadie who got to go full-on Thelma and Louise in their car chase away from the paps. And how wonderful was it to finally see some real, female friendship on this show?! Not backstabbing drama disguised as friendship, just two women enjoying being with one-another and laughing. Cheers to Radie! That’s Rayna and Sadie. I choose Radie over Ruke any day of the week. In fact, we didn’t even see Luke this episode. Did you notice how, almost,relieved Rayna seemed by that? Even her “I love you”, over the phone, sounded more relaxed and believable now that he’s thousands of miles away from her. As the paps tried to get a look at Rayna in her wedding dress, Sadie mentioned the forbidden R word. Ray qualified her answer by saying, “I love that man, but that’s a four letter word.” The four-letter word in question is, of course, the dreaded Ruke, and the life-style change the approaching Country-Royal wedding is bringing into Ray’s previously, (relatively) private life. And here’s the rub, Rayna is always qualifying her answer when she says she loves Luke. I don’t think she’s ever mentioned him without either rolling her eyes, or looking to the left a little bit. Even later this episode, as Rayna’s trying to sell Sadie on why she should sign with Highway 65, instead of Edgehill, Ray references Edgehill’s client list, namely, Luke Wheeler, as all “big-hat Country acts”. Yes, the speech was more about why Edgehill is bad for women and not supposed to be a rant against “big-hat country” in general. But, I couldn’t help but notice the MASSIVE FUCKING EYEROLL when Rayna listed Luke, her fiancé, at the top of the “big-hat” list of reasons why Sadie shouldn’t join the Edgehill family.

Deacon also turned his frown upside down this week. So, the singer from Luke’s band, whose name I still don’t know, is continually throwing herself at DC. We know they’ve done the nasty at least twice because last week she was in his hotel room, and we start this week with him sneaking out of hers. She stalks him into the tour AA meeting, which is appropriately full, being that these are all musicians. He gives her shit later in the episode when he realizes that she’s not actually in AA. Yes, it was a stalker-y thing for her to do. But, I’m pretty sure Deacon left that meeting as soon as he was finished sharing and didn’t stick around for the end. I can tell you as a childhood AA attendee (an anonymous person in my family didn’t believe in babysitters) that is abhorrent AA behavior. You can’t just share and then leave – talk about needing to revisit the steps! Anyway, he forgives this singer woman because she stalks him some more and he realizes, “hey she’s good at singin’ and writin’ songs too! Maybe Rayna’s not the only woman in Nashville.” And it’s like Duh, Deacon, just Duh, okay. So they miss the tour bus to do the nasty again, this time up against some washing machines (what is this, Varsity Blues? I really think all the adults were reverting to their teenage selves this episode) and oh, snap! Deacon’s tour bus left without him. And it’s just so Deacon that that would happen to him. But instead of moping and kickin’ rocks and being all, “Woe is me!” like usual, new Deacon says “Fuck it! I’m buying a Harley cuz 20 years ago, Mama Rayna wouldn’t let me have one.” And singer lady is all, “I ain’t Rayna” and Deacon’s like, “No, you ain’t!” And what did I tell you – FUN!

Also, the writers were probably like, “you know who needs a storyline and a friend? Teddy!” And then they thought, “Okay, who hates women but gets along really well with dudes? OMG Jeff Fordham!” So Jeff buys nine holes of golf with the mayor at the Conrad kids school auction. (Like, how did he even know about that? Creepy.) While hitting the ball around Jeff reveals that he is a failed musician and that’s why he hates musicians and is such a dick all the time loves music. They are probably at a ‘men only’ Country Club right now, so there are no women around for Jeff to verbally assault, and Teddy starts thinking, “I am so lonely. Maybe Jeff isn’t such a bad guy.” And, like always, I just feel so bad for Teddy and also so angry at him for being so dick-less, because evil men like Jeff always prey on confused and lonely men like Teddy. So we found a new storyline for Teddy and it’s that Jeff wants to sign Maddie and Daphne to Edgehill and emotionally abuse them just to stick it to Rayna. And he’s going to try and use Teddy wanting to be the ‘cool dad’ to do it. Yeah, I’m not buying that Mr. ‘homework before music’ is going to go for this plan to let his daughters go professional, but I guess we’ll see just how deep Teddy’s well of loneliness flows. Jeff will also probs try and get him some strippers to sweeten the deal.

Juliette comes clean to Glenn and Emily that she’s prego. Then she tells them her insane plan. She’ll hide the pregnancy while filming a huge movie, and headlining a huge tour and being an international celebrity. No one will find out and then she’ll give the baby to a discreet and loving family and Tada! Problem solved! Juliette clearly thinks she is on some other show. Ms. Barnes, this is Downton Abbey. You can’t just pull a lady Edith, go to Switzerland for a few months and think no one will be the wiser. Also, one would think that a person who was trying to hide her pregnancy wouldn’t go around crowded sets screaming, “WHY IS IT SO HARD TO GIVE YOUR BABY AWAY IN SECRET IN THIS TOWN!”

But, let’s not forget that this is the episode about friendship. While Juliette doesn’t exactly get to have the fun the other leads are having, she does get some nice loving moments with her surrogate mom, Rayna, and he surrogate dad, Glenn. And here’s the best part of the episode – Juliette goes to Glenn’s house in the middle of the night to tell him that she’s scared and Glenn answers the door to comfort her SANS TOUPEE!!!!!!!!!!!!!!!! I love, love, LOVE that Nashville has never made mention of this toupee before. It was obviously a toupee (clearly, one needs hair to make it in the Country music biz), but naturally the man doesn’t wear it when he sleeps. There’s no joke! It’s just good, ole bald Glenn comforting surrogate daughter, J. Wonderful, Nashville, wonderful!

The last stop on our friendship tour is Zoe and Scarlett. This one is a bit trickier. Zoe is mad jeals that Gunner and Scarlett have been texting in secret and sneaking around in storage rooms. Also, there’s that whole “work wife” thing where Gunnar desperately wants to collab with Scarlett and is less interested in doing so with Zoe. However, I remain steadfast in my opinion that this doesn’t mean Gunnar doesn’t love Zoe, and isn’t a good boyfriend to her. In fact, all that sneaking around, was to throw Zoe a goodbye party before she leaves on tour with Juliette. Zoe apologizes to Scarlett and for like, ten seconds things are okay between them. Then, Zoe, who can’t catch a break, tries to apologize again, publicly, by asking Scarlett to sing a duet with her, like they did when they were kids. I was all jazzed up for a Scarlett / Zoe hit single but then the camera goes shaky and Scarlett’s PTSD starts rearing it’s ugly head. Zoe tries to talk to her about it, but it’s clear the moment of reconciliation has passed. Scarlett just blames Zoe for putting her on the spot and being a selfish bitch. Poor Zoe, her reward is leaving to deal with Juliette’s pregnancy mood swings.  Can we get Scarlett in counseling already?

In other news, Juliette still hasn’t told Avery she’s pregnant. Are you serious, Nashville?? If that doesn’t happen next week, I’m going to…I dunno, keep complaining about it? 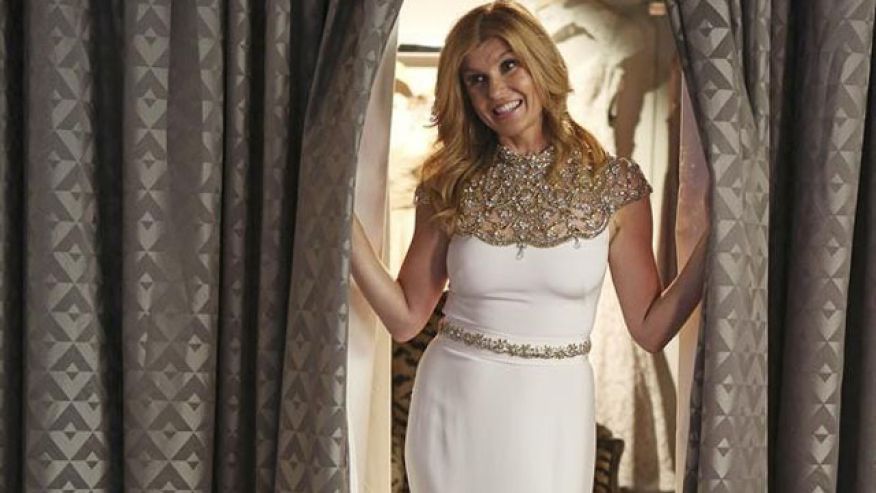