I am starting to feel like Teddy is Nashville’s forgotten character. Remember when Teddy used to be the third point in the Rayna / Deacon love triangle? Sure, Luke is having his day in the sun now, but do you think by season 5, there will be a third Mr. Rayna James to play counter to Deacon?

Now that Maddie’s mom, step-dad, and biological father are all out on tour, Teddy is left to deal with all of Maddie’s teen angst, solo. And this girl has a lot of teen angst! That’s not fun for anyone. Also, can we take a moment to talk about how Teddy is the character on this show who is possibly dealing with the most turmoil. And also, the fact that he is the only character who doesn’t complain about it, 24-7! This man’s wife was shot and killed, in his arms, a mere half a season ago. Surely, there is some PTSD there. Also, his oldest daughter not only rejected him, but she can barely contain her disdain for him. She wants to spend every waking minute with her other, cooler, father. And on top of all that, he is mayor of Nashville! I wish everyone (looking at you, Rayna, Deacon and Luke) would stop talking about how busy they are for ten seconds, ring up good ole’ Teddy and say, “Hey man, sorry we’ve been selfish artists, we just want to let you know how grateful we are to you for taking care of our children and our city while we’re figuring out which tweets make our album sell the most. So yeah, thanks.”

Hopefully there’s some sweet tail lined up for Teddy in coming episodes. Like, remember when he got down with Deacon’s lawyer gf in the backseat of a car? And remember how lawyer gf and Teddy actually had something in common and it was kind of hot between them (unlike with lawyer gf and Deacon). Yeah, more of that stuff, please. However, I did appreciate the small scene where Teddy was dining alone and having trouble talking to the pretty woman next to him. It’s nice to see that it’s not always as easy to bed strangers as Deacon and Avery make it seem. The number of extras that have literally thrown themselves at those bros throughout this series is appalling. Sure, they’re musicians, but Teddy is the freakin’ mayor – surely there are some political groupies in Nashville too. I’m not condoning all this ‘come-hithering’ but if we must do it, let’s spread the love around.

I loved the scene between Maddie and Scarlett when Scarlett rescued Maddie from the creepy twenty-something who was lookin’ to get down with a bunch of fifteen-year-olds. This scene also gave us this gem of an interaction, Dude: “Who’s this?” Scarlett: “I’m her cousin.” Maddie: “She’s my dad’s niece.” Okay, Maddie, I don’t know if you were just trying to be cool or whatever, but I’m pretty sure the big kids all know what a ‘cousin’ is, just FYI. Maddie and Scarlett are a lot less annoying together than they are apart and the magic of their interaction was in the car ride when Scarlett gave Maddie advice and filled the big sister role that Maddie desperately wanted Juliette to fill in season one. Please, give us a Scarlett / Maddie duet soon.

Luke and Rayna don’t like their RUKE moniker; they prefer LAYNA. Got that, everybody? Luke also thought it would be a good idea to decide their wedding date in a meeting with both of their teams. Every time Rayna tells Luke she loves him, it’s with a tight-mouthed smile and flat voice. Does she really love this man? In other, eye-rolling LAYNA news, that vom inducing song from last week, Good Woman is the love song Luke was writing for Rayna. What?!?! Rayna James is SO MUCH more than a good woman. Let’s compare this song against Rayna and Deacon’s famous love song, No One Will Ever Love You. Just listen to these songs next to one another and then tell me with a straight face which of these men Rayna should be marrying.

I am appalled that this is the second episode in which we’ve seen Rising Country Music star, Sadie Saxton and she still hasn’t sang yet! She better be bustin’ out those pipes next week, Nashville!

We know that Jeff is sniffin’ around Sadie because Edgehill is understandably upset that he’s alienated both of their top female artists. Now, one would think, that when he’s wooing Sadie, and they run into Rayna, and Sadie makes it known Rayna is her goddess, that Jeff keep his GD mouth shut and just let the ladies have a moment. But Jeff can’t help himself and he makes it known that he thinks Rayna is old news. One would also think that Jeff would be a little nicer to Layla, the beard of Will, one of his biggest acts. But no, he wants to shit all over her too. The head of Edgehill was hip to what all of us Nashville fans already knew, Jeff Fordham has a serious problem with women.

But Layla ain’t skerred. She realizes that blackmailing Will isn’t going to work and she should start blackmailing Jeff instead. Either he helps her make her new album go gold, or she’s outing her husband. Layla sucks but I hope this new arrangement means she’ll make a solo album (that we never have to hear) and that she’ll stay out of Will’s musical numbers. Will gets down with his trainer and hopefully he’s learning that being himself (and coming out soon, fingers crossed) is way, WAY better than being tied to Layla, a sociopath with beady shark eyes, for the rest of his life.

Zoe is pissed that Gunner wants to make music with Scarlett and not her. Also, Gunner’s first love is new in town and he lies about who she is to Zoe. Zoe finally tells Gunner how she feels about all of this (not great) and maybe I’m nuts (especially since there was a prominent close-up of Gunner and love numero uno holding hands) but I kinda think Gunner and Zoe are gonna be fine. When they do talk about their relationship, they always have good talks. And Gunner clearly loves Zoe, he just doesn’t wanna sing duets with her. That’s fine too. It’s good to keep some independence in your relationship as long as, like Zoe says, you’re not lying about it.

Communication is key and it’s something Avery and Juliette are definitely lacking. I was getting pretty tired of Juliette not telling Avery about the baby. Yes, there are some bad timing issues, but girl, get over it. Juliette sees some tart making out with Avery on the street, but if she’d just waited five minutes, she would have seen said tart leave. Then, she could have walked in and heard Avery crying and singing the love song he wrote for her, which is so what I was wishing would happen.

Instead, next week’s trailer shows that TMZ or something, reveals the pregnancy before Juliette tells Avery himself. Now, goddammit, Avery wishes he never met her. 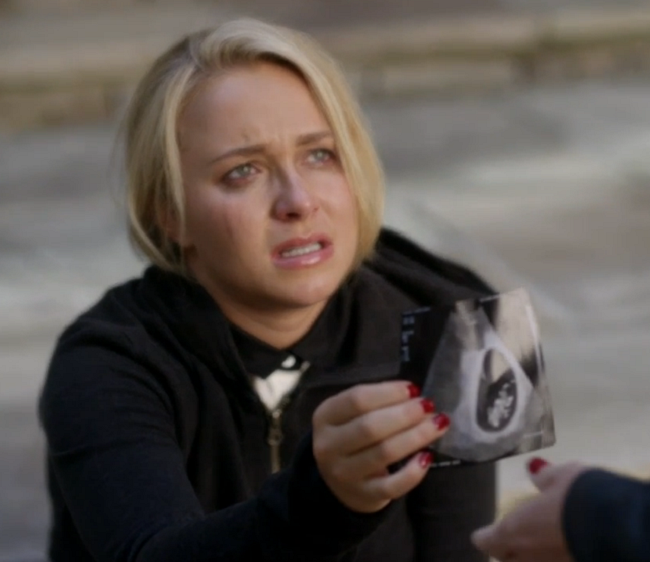