Scarlett has successfully alienated almost everyone in her life. So Nashville was like, ‘Poor Scarlett, no one understands her. Let’s add a character who’s just for her, a special friend, if you will.’ But then they were like, ‘But wait, Gunner used to be just for Scarlett and Zoe used to be just for Scarlett and then they started dating each other, so let’s make sure this new character is someone who exists in a Scarlett-only zone, no friend-stealing allowed. Because Scarlett hates that.’ Then they thought and thought and thought and like magic we get a stereotypical homeless black prophet. At first she thinks he’s just a crazy old man who’s seriously ruining her sad, sad songwriting vibes. But then, saint Scarlett offers the stereotypical homeless black prophet a sandwich and he magically offers her lyrics to the song she’s been struggling to finish. He offers her a trade – she can have these lyrics in exchange for the sandwich, because stereotypical homeless black prophets don’t take anything for free. Since we just heard that Scarlett sold three songs to Miranda (whom we can only presume is Miranda Lambert) and is probably looking at some serious royalty checks, I think that the homeless black prophet is getting the shit end of this deal. Nonetheless when he offers up the magic lyrics, Scarlett smiles sweetly at his trash cart, thinking, “finally someone who understands me.

Juliette is back in full diva mode. I love how Juliette seamlessly slips between, “I’m a poor kid from a broken home, please love me” and “I’m a celebrity and I don’t wanna hang unless you are too.” She’s done this throughout the whole series and Hayden P’s ease slipping between the two should land her an Emmy. There’s very little posturing; it’s all in the strength of her jaw and a subtle annoyance when people she considers ‘less than’ cloud her view. I’m not quite sure I believe that Juliette would tell a PA she doesn’t know anyone by the name of “Avery”, but I was loving her cool sense of pity and detachment as she shooed Zoe out of the room the moment she started fan-girling over Derek.

Juliette is making wild leaps between abortion, adoption and raising this baby alone. Pick a lane, girl. Juliette also seems to be testing how closely the tabloids are paying attention to her based on how many times she can scream that she’s pregnant before one of them breaks the story. Does Nashville really expect us to think that TMZ is more interested in plain jane stories about Maddie, than Juliette’s illegitimate child.

This episode was seriously missing musical numbers. And because it was so light on this front, I am confused and offended that one of the only musical numbers we did get to see was from stupid Layla. Are you kidding me, Nashville? Why you trying to play me like that? One thing Jeff Fordham is right about is that no one wants to see Layla sing.

Something that consistently bothers me about this show is that, despite the characters long histories of fame and personal entanglements, all of their problems are presented as if they just became an issue when the show started. Yes, I understand that we do not have fifteen years of backlogged episodes to pull from, and that no one likes too much exposition in their soaps, but come on! So, Rayna is worried that being out on the road is causing her to miss important landmarks in her daughter’s life. Fine. But this woman has presumably been going out on the road since her daughters were born and this is never even referenced. I guess we are meant to think that her relationship with Luke and the new social media landscape is the cause of their new privacy invasion probs re: Maddie and fine, I bought that. But – I cannot get on board with this being the first time Rayna’s felt removed from her daughter’s lives. This is a woman who is continually throwing it in our faces that every one of her records has gone platinum, and yet, throughout all of that, she’s remained mom of the year? No way. I bet Teddy was the only one home when Maddie got her period or something and I would have liked for that (or something comparable) to have been brought up here. Is that too much to ask? Is it Nashville? I am trying to suspend my disbelief but you gotta throw me a bone once in awhile.

Also, Rayna is in the wrong on this highlights / pierced ears thing. Teddy should be allowed to do fun stuff with the girls too. Even if Teddy is being manipulated by evil Jeff I’m glad he got at least one nice day with his daughters and a kiss from a British history buff to boot.

I am not happy Gunner has a long lost son. It’s remained to be seen if this kid’s legit, but based on that “like father like son” french fries and apple sauce thing, I’m guessing it is and I am just not okay with it. As a rule, I usually hate long lost kid plot lines and I really don’t want my Nashville littered with one. I wish “first love waitress” would have just gone to Tulsa or wherever to meet up with her OkCupid boyfriend and that had been the end of it. Then, next season, Gunner and Zoe (is it becoming really depressing that I still think they are gonna make it?) could have said, “hey remember last year when that chick was in town for like an episode and nothing ever came of it, weird.” And then someone else would say, “not that weird, remember when Peggy died in Teddy’s arms and it was never mentioned again?” (That’s right, whatup Peg!)

I’m not gonna go crazy getting into Will’s cruising parks for tail and getting the shit beat out of him, other than to say, I like where his plotline is going, I like that we’re seeing new stuff from him and at least now he’s at least admitting he needs sex from dudes. Hopefully (maybe season 4) we can have an NFL draft moment where Will wins the CMA for best male vocal and then dedicates it to his boyfriend, Johnny Weir. 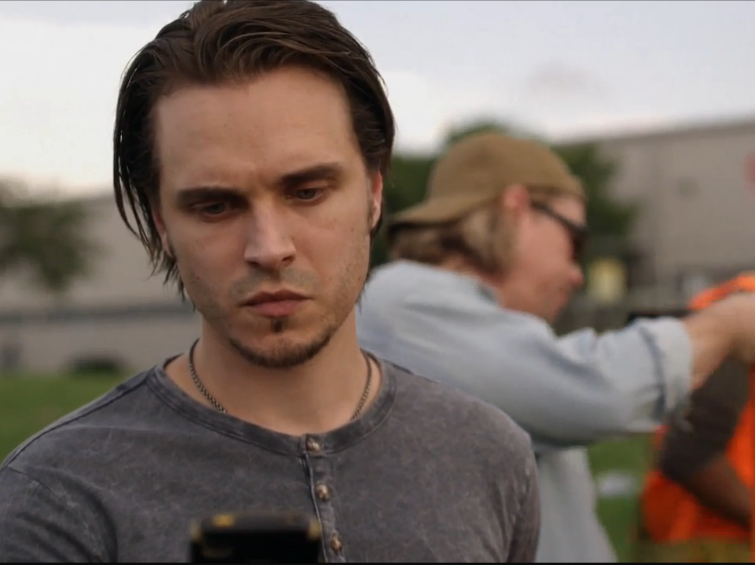