A recent Quinnipiac University poll shows only 46 percent of the state’s voters approve of Christie’s job performance — his lowest approval rating since receiving 44 percent of voter support in June 2011.

“Whenever you do difficult things and make tough decisions, poll numbers go up and down,” Christie said during a presser outside a field campaign office here in Connecticut, his third visit to the state to stump for Republican gubernatorial hopeful Tom Foley in recent months. “My polling numbers have been as low as the low 40s and as high as the high 60s during my five years. So if you lead by polls and you make decisions by polls, you’re going to be a failed governor. I make my decisions based on what I think, and sometimes people in New Jersey agree and sometimes they don’t, but it doesn’t really change my mind.”

While Christie brushed them off as inconsequential — “You guys are a lot more obsessed with the polls than I am,” he told reporters — experts say the latest polling numbers are unique in that they come late in the governor’s career, particularly as he looks ahead to 2016 and a possible presidential primary run. Monmouth University Polling Institute director Patrick Murraytold the Asbury Park Press last week that the numbers have “a lot to do with all the presidential buzz,” but also with the time he’s spent campaigning out of state in recent months campaign as head of the Republican Governors Association — time he’s been criticized for by some who accuse him of neglecting the state’s problems at home.

Asked if he lends any credence to those criticisms, Christie scoffed.

He said he’s been “traveling around the state a lot” and has only heard “very encouraging” things from New Jersey residents.

“I think the numbers that really matter are when I got re-elected with 61 percent of the vote,” he said, as Foley, who’s running to unseat Democratic incumbent Dan Malloy in the Nutmeg State, stood by. “And I’m sure Tom would take 61 percent in November.” 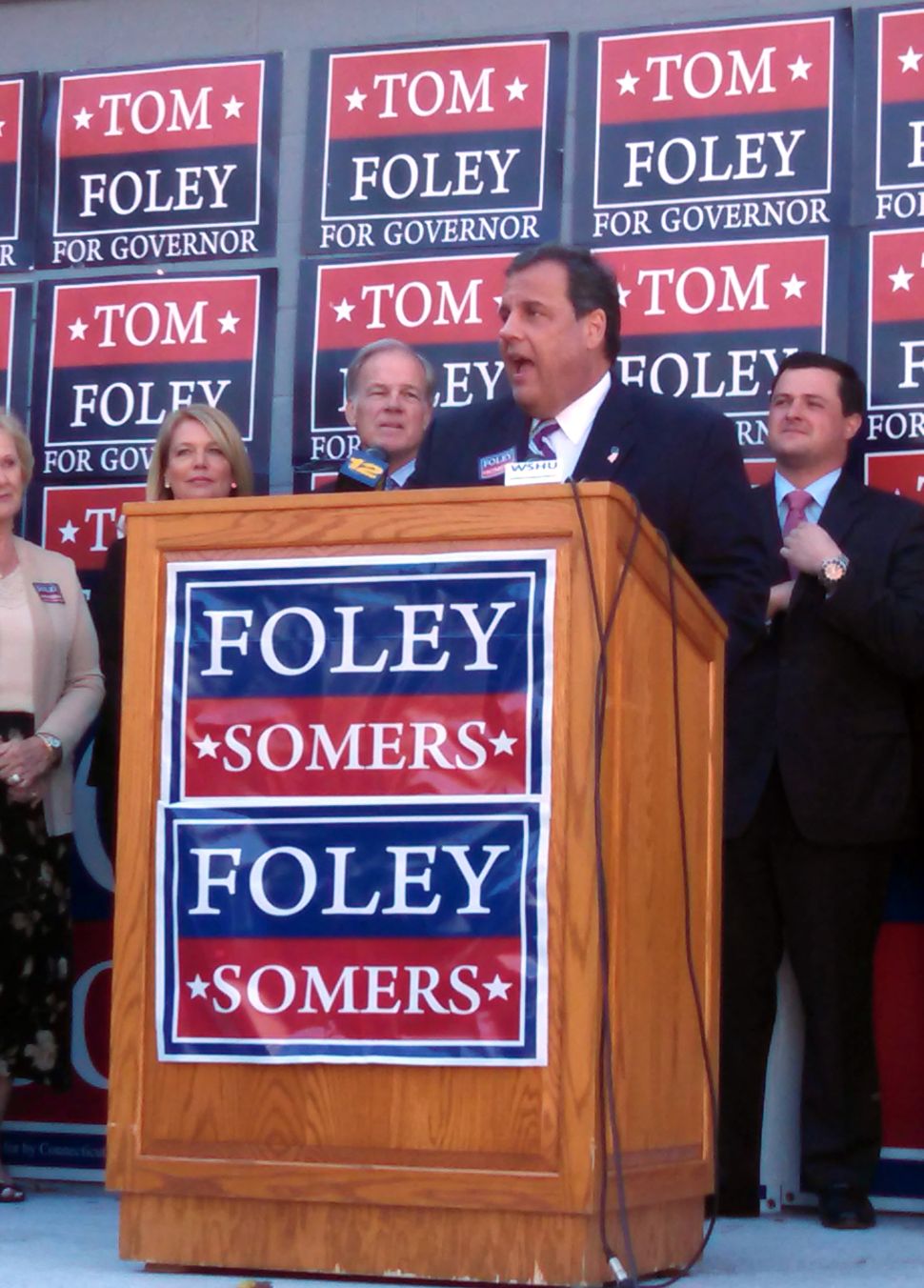