This one seemingly came out of nowhere. Amtrak announced the other day that it will have to limit access to rail tunnels into Manhattan for at least a year so it can repair damage caused during Superstorm Sandy. Tens of thousands of daily commuters and business visitors will be inconvenienced.

This follows an equally dire assessment of the two Amtrak tunnels under the Hudson River. One expert said the century-old tunnels, which carry New Jersey Transit commuters as well as Amtrak travelers, have to be replaced within 20 years, if not earlier.

While Manhattan residents might be loath to admit it, the city’s economy is highly dependent on labor from New Jersey and Long Island—those hard-working people so often dismissed as the “bridge and tunnel” crowd.

Amtrak plans to repair damage caused by saltwater in each of the four tunnels that take rail traffic under the East River, tunnels which the Long Island Rail Road and New Jersey Transit also use. The project will cost nearly $700 million.

The work is necessary, but that will be of small comfort to the commuters, tourists and business travelers who will have to deal with changed schedules and a reduced number of inbound and outbound trains. The work will impact access from the west as well as the east, because New Jersey Transit—which uses the century-old tunnels under the Hudson—sends trains under the East River to the rail yards for storage in Sunnyside, Queens.

The prospect of reduced rail access to Manhattan is bad enough. But even worse is the sad reality that we are allowing our transport infrastructure to rust away until we have no choice but to replace it. That is true on both sides of the Hudson River; indeed, it is true throughout the country.

Three major regional projects—replacement of the Tappan Zee Bridge and Goethals Bridge and massive repairs to the Pulaski Skyway—are many years overdue, and are underway only because all three were on the verge of becoming absolutely unsafe. That’s not how we should be managing our infrastructure.

The governors of New York, New Jersey and Connecticut, along with their respective congressional delegations, ought to put aside personal and political differences to ensure that the region gets every federal transportation dollar available. The Sunbelt states have been far more aggressive in grabbing federal money for highway projects. Two decades ago, when Daniel Patrick Moynihan wrote a new federal transportation bill, he made sure that states had the flexibility to use highway dollars for mass transit. That sort of creativity is desperately needed now.

The political clout of the mid-Atlantic region isn’t what it used to be, so it is incumbent on the governors and members of Congress to band together to make the case for greater federal investment in mass transportation. Otherwise our bridges and tunnels face a grim future. 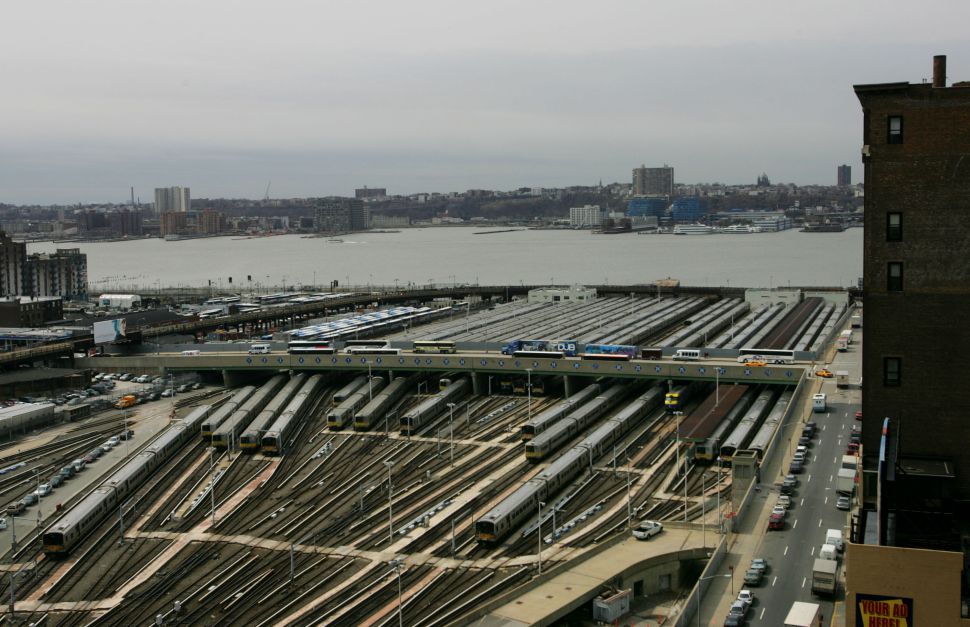