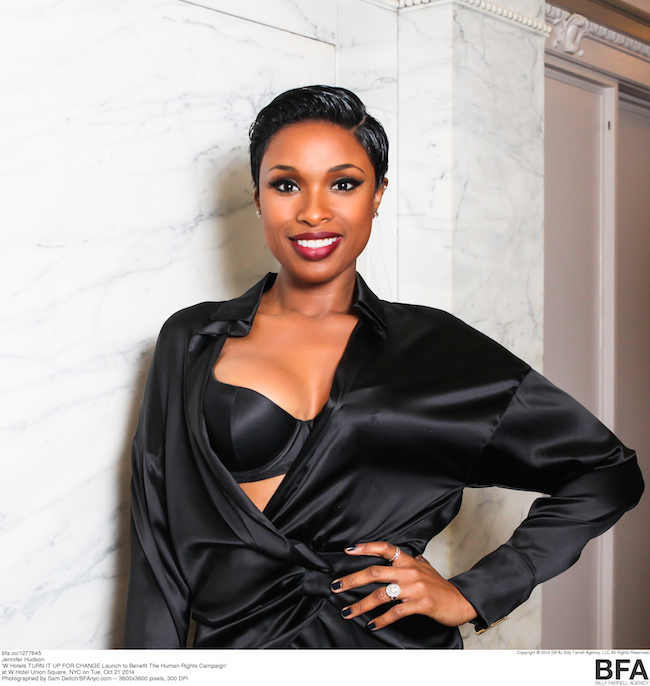 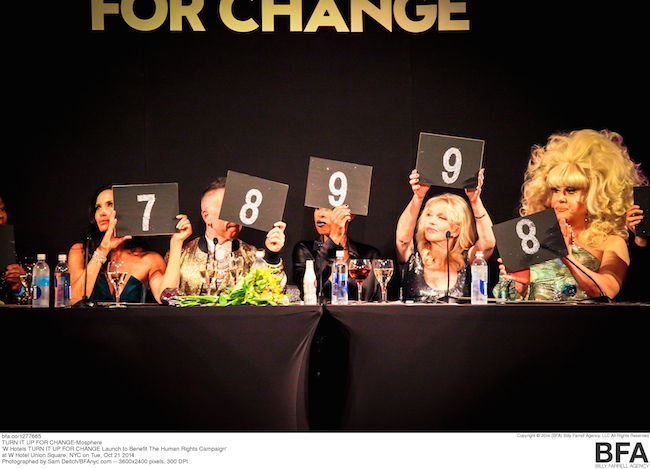 TURN IT UP FOR CHANGE-Mosphere
dispatches 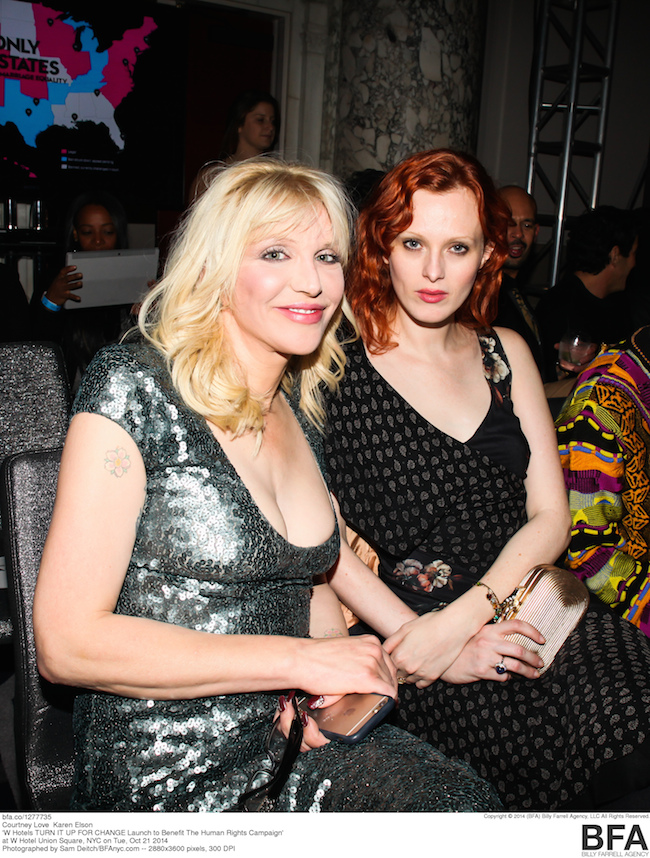 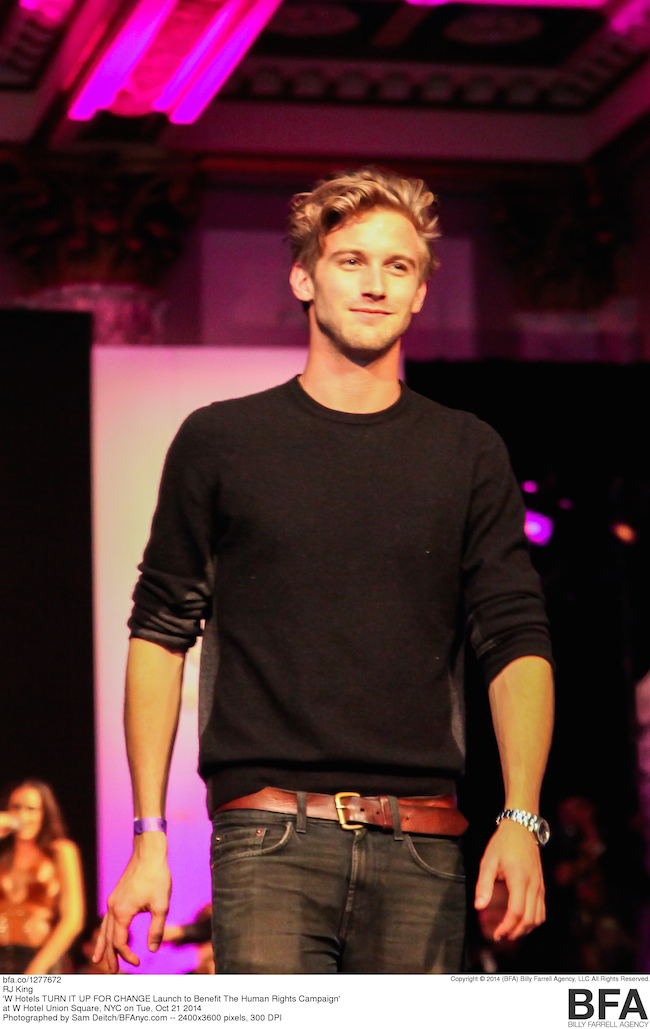 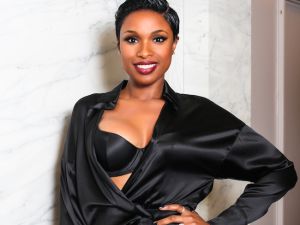 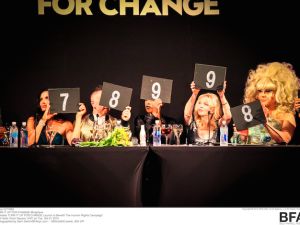 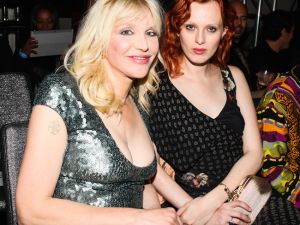 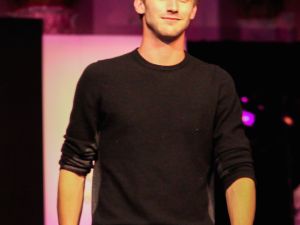 Last night, W Hotels Worldwide and the Human Rights Campaign (HRC) along with Jennifer Hudson kicked off an inaugural initiative called Turn It Up For Change. The night started off with an intimate performance by Ms. Hudson, followed by vouging a.k.a a highly stylized dance-off. (Still don’t know what it is? Check out the documentary, Paris is Burning.)

The judges included Ms. Hudson, Courtney Love, Padma Lakshmi, Bevy Smith and Lady Bunny. The categories were all inspired by the culture of marriage. For example, there was the battle for Mother of the Bride or Flower Girl. Each category also highlighted various parts of the LGBT community.

Before introducing Ms. Hudson to the stage, the night’s host LadyFag joked, “W hotel is a really big supporter of LGBT rights, and I’m not just talking about letting us f*** in the hotel rooms all night.” The nightlife impresario wore her hair long, leather pants, red boots and a scantily clad, brown S&M top.

While the hotel has worked with HRC for nearly 10 years, the initial involvement was for internal best practice. “It was only last year when we started talking to HRC on how we can use the reach the W has—which is really big—to platform issues which are really important to HRC and the LGBT community,” said Anthony Ingham, Vice President of W Hotels.

The first issue HRC and the W Hotels Worldwide is tackling is marriage equality. Ms. Hudson told the New York Observer, “It’s important that we are all equal, we all have our rights, about whomever we choose to love.” The stunning singer belted out a soulful rendition of “And I am Telling You I’m Not Going,” that lifted every person out of their seats. PS she’s also performing at the HRC gala on Saturday in Washington, D.C.

Guests included Karen Elson, Giovanna Battaglia, Peter Brant Jr. and Lynn Yaeger, whom LadyFag called out. “Let’s give a round of applause to this person dressed as Lynn Yaeger, ” she said (to which she received the finger from Ms. Yaeger).

Of course, the night wouldn’t have been complete without an after-party at Studio.
Stay tuned—every W Hotel destination in North America will host a similar event on a monthly basis, in which a portion of the proceeds will go to HRC. Each event will have a musical component and some will have surprise performances by Ms. Hudson. Learn more about the events here [whotels.com/lovehasnolimit]. Work it!