Despite rallying cries from powerful labor groups and elected officials, a vote is not yet scheduled in the City Council for a controversial bill that would reshape the city’s car wash industry.

Council Speaker Melissa Mark-Viverito is a lead sponsor of the bill–which would require car washes to have licenses to operate in the city and also put up a surety bond to ensure cash is available to pay out substantiated wage theft claims–and many left-leaning council members are signed on as co-sponsors. But the speaker’s office and even elected officials at a rally yesterday could not say when the bill, re-introduced in March, would be brought to a vote.

A spokesman for Ms. Mark-Viverito, Eric Koch, said there was “no date yet” for a vote.

“She feels really passionate about the struggles of car wash workers,” said Councilman Brad Lander, one of two council members to attend a rally outside a car wash in Brooklyn yesterday. “I’m confident it’ll be moving forward–I don’t have a timetable.”

Mr. Lander is a deputy leader in the council and one of the body’s most influential members. Joining him was Councilman Carlos Menchaca, a fellow liberal representing a neighboring Brooklyn district, who said organizers needed to continue to “shed light” on the issue of car wash owners allegedly stealing wages from workers, many of whom are immigrants.

“What’s important about today and the future, as the work continues to happen on the organizing side with the unions and all the nonprofits and organizations that are in our coalition, is that we continue to shed light on this,” Mr. Menchaca said. “There’s no moment that needs to go by without pointing sunlight on these car washes.”

The New York State Car Wash Association, a trade association representing car wash operators, has been cool to the legislation. Car wash owners expressed frustration in a City Council hearing earlier this year about the new regulations and the potential of the expensive surety bond to cripple their businesses. It’s possible that the $300,000 surety bond proposed in the legislation could be reduced after backroom negotiations, sources say.

The legislation, also strongly backed by the Retail, Wholesale and Department Store Union that is seeking to unionize car wash workers, was bottled up under the more moderate speakership of Christine Quinn and disliked by former Mayor Michael Bloomberg. Mr. de Blasio, however, supports the bill and organizers are confident it will become law eventually–they just don’t know when.

“I’m very optimistic about the legislation,” said Stuart Appelbaum, the president of RWDSU. “Our effort to secure legislation is sending a powerful message to the industry. This is an industry that is in desperate need of regulation.” 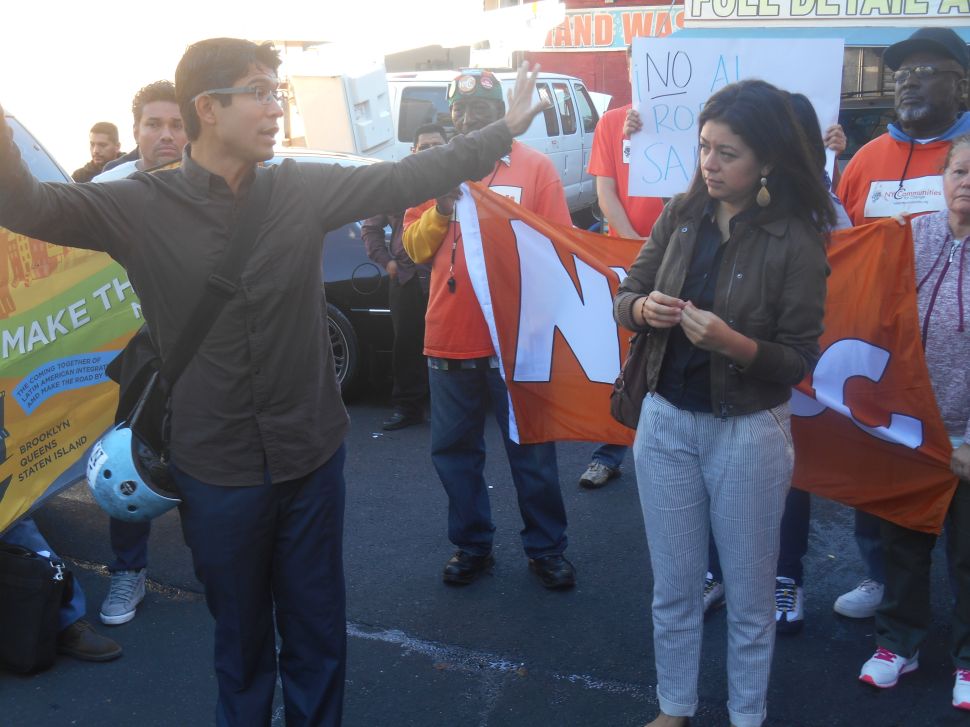