Police Commissioner Bill Bratton said today that the NYPD is exploring whether a couple of recent deadly attacks on Canadian soil are tied to potential terrorist activity in the United States.

Mr. Bratton said at an unrelated press conference that his department’s counter-terrorism unit is collaborating with Canadian officials in the wake of the shooting of a solider in Ottawa, the Canadian capital, yesterday.

“We just had a full briefing this morning … we’re staying abreast of that, as you might appreciate,” Mr. Bratton told reporters at a police command center in Manhattan. “We will certainly be looking for any nexus back in the United States, travel, et cetera, of this individual.”

A lone gunman armed with a shotgun killed a solider guarding a war memorial in Ottawa yesterday and entered the nearby Parliament building, firing multiple times before he was shot and killed. The attacker, a Muslim convert, has stoked fears in Canada and abroad that the attacks could be linked to the Islamic State, also known as ISIS, a powerful terrorist group that has seized territory in the Middle East.

Just two days before the October 22 shooting, a man, also a Muslim convert, drove his car into two Canadian soldiers, killing one. Authorities there have suggested the hit-and-run was a terrorist attack.

Mr. Bratton said the NYPD has perhaps the most robust counter-terrorism force in the United States and would be “staying very intimate” and “engaged” with Canadian officials.

“We routinely have, as part of our overseas detectives, officers up in Canada, we have supplemented that by sending another officer up there,” Mr. Bratton continued, “so we are staying very intimate with that matter as it goes forward.”

Mr. Bratton also said his police would “look very closely” at trying to unravel the motivations of the attackers. “Were they a part of a larger cell or lone wolves? So we’re very good at this and we learn from it and very quickly put it into our game book, if you will.” 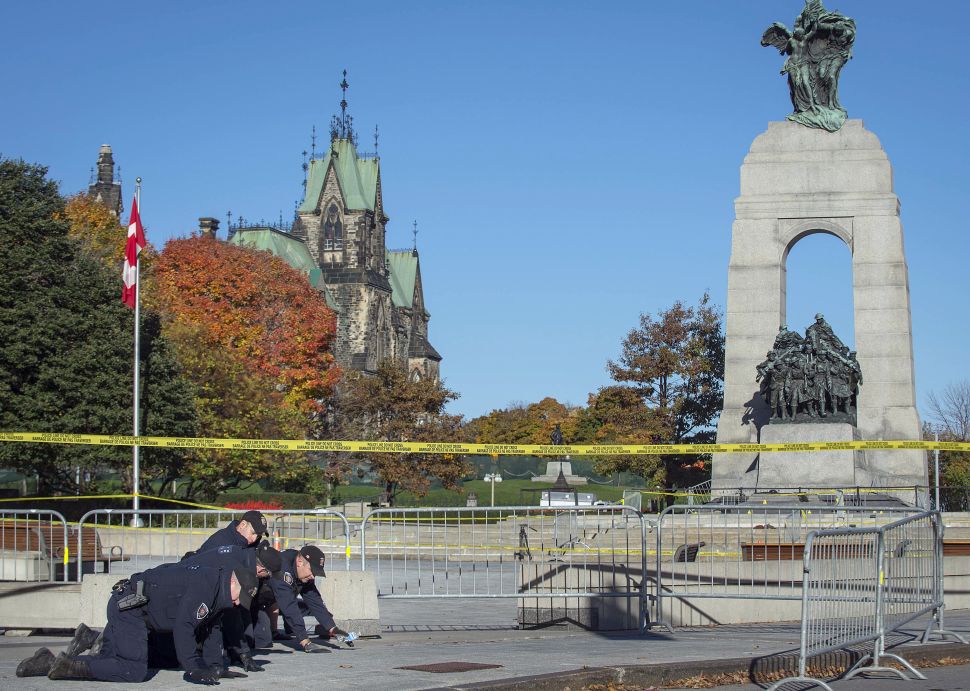