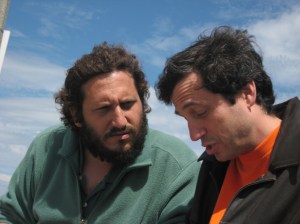 The author and his brother, somewhere in San Francisco.

Anybody fortunate enough to have had an intense relationship with a sibling knows what a wonderful thing that can be. My older brother, by two years and nine months, was a loving uncle who absolutely kvelled over his two nephews and was always asking me when I was next bringing them to San Francisco to see him. We shared a passion for baseball, particularly for the San Francisco Giants and New York Yankees, that spanned nearly four decades. He was a big man who into his forties would stare down anybody who he thought might hurt me. He was the only person besides me who spoke to both my mother and father. For several years my brother and I were the only Jews, and the only Yankee fans, in the Catholic School we attended together.

We grew up in San Francisco in the 1970s. For historians and others familiar with those years, that conjures up images of social upheaval, Harvey Milk, Dan White, Jim Jones and the People’s Temple, EST, Zodiac killings, hippies, those other Mitchell Brothers, health food and the early stirrings of punk rock. For those of us fortunate enough to have been children then, those things were part of the background. But our lives were also about enormous amounts of unsupervised time to explore the city, go to movies, shiver away countless evenings watching the Giants at Candlestick Park and play ball in the streets.

My brother and I shared many friends, so most of our childhood was spent together. However, we experienced that childhood differently. I made friends more easily and, according to my father and mother, felt more comfortable in the world and around other people from a young age. My brother was less happy. My parents’ rancorous divorce affected him deeply. He bickered with my mother frequently, often falling into screaming fits when asked to do simple things like take out the garbage or bring in the firewood. For years when I would tell people about my parents’ divorce, my mostly absent father’s battle with his personal demons, and my acute insomnia that began during the Ford administration they would ask if I ever went to therapy as a child or young person. My response was a half-joke half-truth that I grew up in a house without a lot of money. We could only afford therapy for one child; and my brother needed it more.

Acute mental illness often sets in during early adolescence; and for my brother that is when he changed from being an often unhappy child to somebody with more serious problems. In the first half of eighth grade he was again at the top of his class at our rigorous middle school, with test scores and grades good enough to gain admission into San Francisco’s best private high school. Within two and a half years, the sickness that never went away for the rest of his life was in full bloom. He was thrown out of school; and our family was in a crisis, not fully understanding what was happening or what we could do. 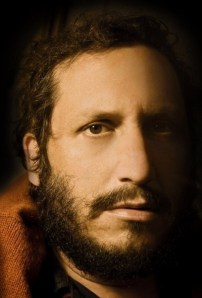 Until his death this month, about five months short of his fiftieth birthday, that mental illness, diagnosed at different times as bipolar disorder, manic depression, schizophrenia or some combination of the three, never subsided. He would have good days, more frequently good hours or two, but the illness was always there. Of the many who struggle with mental illness, my brother was one of the fortunate ones. He had a family that never gave up on him and who could provide some financial security for him. My brother always had a roof over his head, food to eat, money for clothing, movies, ballgames or whatever else he needed. He also had a mother whose dedication never wavered, and excellent medical attention from a brilliant and dedicated refusenik psychiatrist from Latvia. That doctor later told me that he agreed to work with my brother, almost thirty years ago, largely because our grandfather implored him to help while speaking in Yiddish, their shared native language. Well into her 70s, our mother still spent a great deal of time with my brother, going to movies, eating meals, shopping, and even, incongruously, getting their nails done together. His grandparents, mother, brother, father and two nephews could make his life a little better, but we could never make my brother well.

For 30 years, beginning around the time I graduated from high school, perhaps the biggest challenge facing my brother was what to do with his days. He couldn’t stay in school, handle a job or even do sustained volunteer work. As the years passed, while I went to college, got several graduate degrees, married, had two children, and pursued different careers, my brother became more isolated from a rapidly changing society. He never learned to check email regularly, seemed to frequently get locked out of his Facebook account and found himself without the skills or knowledge to function in the tech capital of the world in the early 21st century. By the last few years of his life, even if he had gotten well, building a life would have been extremely difficult.

San Francisco is, from my not entirely objective perspective, the most beautiful city in the world. Sometimes when my wife and I are out there and our sons are busy with their grandparents, or their uncle when he was still alive, we take a long walk around the city. We start out at our place in the Inner Richmond and either wind our way through Pacific Heights toward North Beach, or through Cole Valley, the Castro, Noe Valley and the Mission. It is a wonderful way to spend a day, but for us it is something to do during vacation or on a day off.

My brother wandered the streets of San Francisco for 30 years. That is, of course, an exaggeration, but not a dramatic one. He would stop for an unhealthy meal, a game of backgammon with his oldest friend, a ballgame, a film, time with the friends he always managed to make as an adult, visits with family, a very occasional trip to New York, or to Sonoma to stay with family friends who stuck by him through everything, and even, improbably, every now and then to be pulled into a minyan near Market Street. He had moments of real happiness-a trip to Hawaii a few years ago, afternoons at the residence hotel where he lived and had many good friends, time with his beloved nephews, and always a mother who loved him and did everything she could to make his life more pleasant. Despite all that, for most of those days and for most of those years, he walked the streets of San Francisco, that beautiful, romantic and sometimes tragic town.

I try to imagine what that must have been like. On bad days, the confusion and fear was probably overwhelming. The good days might have been worse, climbing up one more San Francisco hill wondering why that was his lot in life could not have been easy. Walking through the fog of western San Francisco wondering where it went wrong and our lives diverged so much. Despite all that we shared, the same loving and supportive family, a strong Jewish identity tempered by an almost complete ignorance of religious practice, an irreverent and quirky sense of humor, a passion for the same sports teams, similar views on almost every political issue, devotion to my two sons, and almost the exact same DNA, I know that I would not have had the strength to take that next step. But for 30 years my brother did.

When I think of my brother, I am reminded a line of Bob Dylan’s, “The only thing he knew how to do was to keep on keepin’ on.” My brother knew how to keep on keepin’ on no matter how tough things got. Unfortunately, as Dylan sang, it was also the only thing he knew how to do. As an adult he could not hold a job, study, prepare his own meals, shop for clothes or do many other quotidian tasks, but he still kept on keepin’ on. For thirty years, no matter how bad things got, my brother took that next step up Market, down Geary, down to the Marina, up Van Ness. As he got older he couldn’t walk quite as far, so he took the bus more, but he kept walking and kept on keepin’ on.

By the time I became an adult, I was aware that my brother’s journey was going to be different, and far more difficult, than mine. Although our maternal grandfather, who helped raise us, always believed my brother would get better, my mother and I knew that was not likely to happen. Accepting that was tough, but it made it possible for us to focus on enhancing his quality of life the best we could-and by we, I refer mainly to my mother.

As the years went by, I developed a vision for my brother’s old age-not that he was going to get better-I knew that was not going to come to pass. Rather, I always hoped that he would get old enough that it wouldn’t matter. I had a fantasy that the symptoms would subside somewhat and that by the time we were in our 70s we would just be two grumpy old Jewish guys on a bench in Golden Gate Park or out in the avenues. I imagined that when we got that old the differences in our lives and what we did as adults would matter less. We would talk about my kids, baseball and the shared childhood that neither of us could ever figure out, but that I was able to leave behind.

Jonathan Mitchell’s journey ended on October 10th in San Francisco, the city he lived in for most of his life. The cause of his death was a combination of a bad heart and some bad choices, but he never gave up. My sons will never again see the uncle they adored. My parents will feel his absence like an emotional missing limb for the rest of their lives; and when I finally make it to that bench in the foggy western half of our city, I’m going to be alone for a little while. 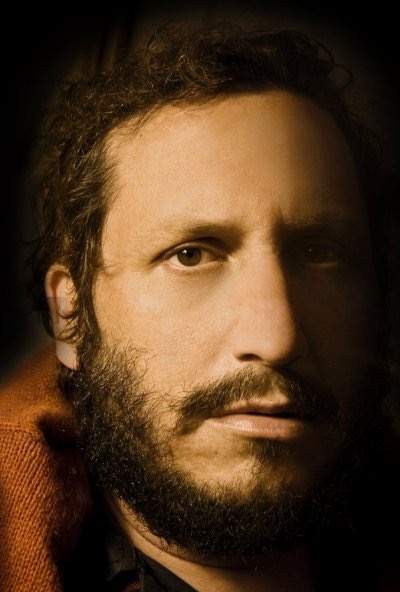