New York Magazine has the story of Shell, the Airbnb poster child (literally!) who was evicted for Airbnbing a renovated upstate barn and livespace she didn’t own. She told the owner she would have groups of creative friends coming through, not that she’d be renting it out for upwards of $400 a night: “Friends are one thing,” says the owner. “Groups of social-networking strangers is a completely different ball of wax.” Shell is unrepentant: I explained my whole life and the concept of what I was doing and he seemed very keen on it… In hindsight, I look back and go, ‘Gosh, maybe I should have communicated better.’ She also rents out her Brooklyn loft, a separate ground floor apartment in Brooklyn, a place in Puerto Rico and another place upstate in Rhinebeck. Sharing is great! Especially when the things you’re sharing don’t belong to you.

Another failure of the sharing economy: DNAInfo reports that police caught man trying to disguise a stolen Citi Bike that he had painted purple. Too bad the serial number was still visible.

Pastis will re-open in 2016 in the Meatpacking District, around the corner from its current home, The Wall Street Journal reports. The famed restaurant’s current home, which recently closed for renovations, will house a Renovation Hardware. How edgy!

Speaking of “edgy” neighborhoods, Amazon is “thrilled” to be offering SketchFactor, a crowdsourced navigation app that allows users to designate which neighborhoods are sketchy, thus enabling racial profiling. Crain’s reports that the app is launching an Android version exclusively with Amazon. The founders are triumphant and Amazon is apparently stoked. “The sketchy navigation app provides an innovative travel experience for customers,” Amazon Appstore Vice President Steve Rabuchin said in a statement. It’s a great day for racial profiling.

De Blasio talks a good game when it comes to parks equity, but really, the mayor’s strategy thus far has been quite similar to Bloomberg’s, Capital New York points out. That $120 million going to neighborhood parks is mostly coming out of $80 million that Bloomberg set aside in the budget for neighborhood parks (with the majority of the difference to be paid by contributions from other parks conservancies), and Brooklyn Bridge Park is still getting a whopping $40 million.

And, we add, Alicia Glen’s support for the Lowline does not seem to indicate a definitive turn away from Bloombergian mores.

On the topic of expensive blockbuster parks: ever since the completion of the High Line, everyone has been clamoring to get in “line” for their new High Line, but building an expensive, 3-mile-long elevated park in Central Queens is a terrible idea, Gothamist argues. “There are a variety of reasons why the “High Line on steroids” in Central Queens would be a misuse of badly needed parks money, a fetishization of design over actual use, and could commit the city to missing an opportunity to finally bring real transit options to central Brooklyn and Queens.”

What’s a brownstone that is not a brownstone? A riddle? No, it’s H Holding Group’s new brownstone-inspired 28-unit rental building at 196 Macon named—what else?—the Brownstone. The Real Deal reviews the result and finds that this brownstone is not even made of stone! It definitely has many nice brownstone touches, not that they work well together “the windows do not quite align, and the cornices on the sides seem to be at war with the windows and cornice of the central fifth story.”

Sony music CEO Doug Morris is attempting to sell his pad at the Plaza for $11.45 million, The Daily News reports. Mr. Morris bought the pad for $1.5 million less in 2007, at the height of the real estate boom, making the sale a good test case of whether all of the city’s luxury housing stock has recovered its pre-bust heights, or if the market is just being buoyed by flashy new construction and trophy properties. 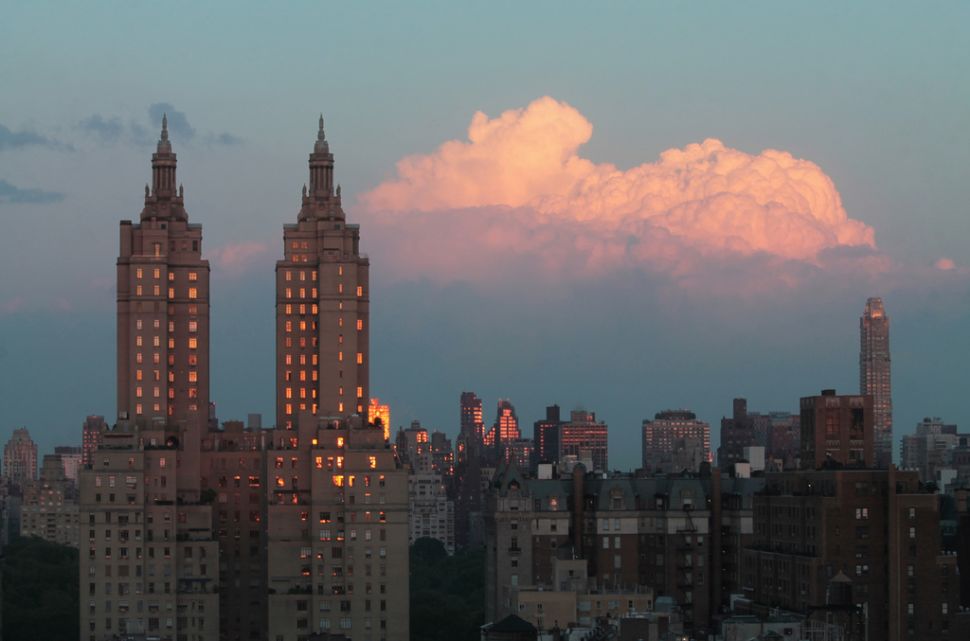