Williamsburg bar Sweetwater seems to have a resident ghost, reports The New York Times, complete with spooky sightings, strange music and a longtime bar and building owner who spoke of wanting to return while she lay dying in a nursing home. There’s even a strange chapter in which restaurant workers dug out a pair of children’s shoes, a small ring, a tiny Madonna statue and animal bones from beneath the floorboards, upsetting the ghost such that she won’t stop breaking glasses. All in all, a classic ghost story.

Don’t walk by this Upper West Side stoop unless you’re reading to be seriously freaked out: pumpkins depicting the horror of childbirth. Gothamist has the details on the surprising disturbing pumpkin birthing scene.

Also spooky: Madewell is slated to open its store in Williamsburg tomorrow, according to Brownstoner, joining the strip that now contains sister store J. Crew, American Apparel and Urban Outfitters.

The World Trade Center expects to take in a quarter of its revenue from tourists, according to The Wall Street Journal, or $53 million annually, by 2019, despite observation areas taking up just 3 of its 70 stories. Perhaps they’ll be easier to come by than office tenants.

Tourists who might be interested in staying in the Gramercy Park Hotel? Aby Rosen and Micheal Fuchs are selling the hotel, according to Crain’s, which could fetch as much as $260 million. Though a perennial hotspot, the hotel slipped into default on its mortgage during the recession.

Is the debacle of modular tower B2 at Atlantic Yards an indication that modular construction won’t work, at least not now, for a very tall tower, asks The Wall Street Journal. The would-be star of modular construction—at 32 stories, B2 would have reached heights unprecedented for modular—stalled at 10 stories amid charges of incompetence on both sides is, in any event, a major set-back that is likely to deter developers of any similarly lofty projects in the future. “There are often issues in building large complex projects but in no way do we believe that this is a referendum on modular or its future,” Gregg Pasquarelli, SHoP architect and designer of B2, told the paper.

In The Times, Neil Irwin dissects hedge funder William Ackman’s plan to flip his new $90 million penthouse at One57, arguing that it’s an example of what’s wrong with financial capitalism and how investments can be used against the benefit of society and the free market, which is intended to create value by allowing capital and goods to move where they are most needed. By keeping a massive penthouse apartment empty, save for maybe a few parties, until he can sell it for more, Ackman isn’t creating value, Irwin argues, but destroying value: “There’s the opportunity cost of whatever the apartment would rent for, plus the maintenance fees and property tax his investment group will have to pay on the empty condo used for the occasional party.”

Meet Hedy Pagremanski, a octogenarian painter profiled in The Times who takes as her subject the disappearing buildings of New York. “We have learned that whatever was, isn’t,” Mrs. Pagremanski tells the paper.

Last of all, a Port Authority reform package that would strengthen the agency’s public records requirements and add more oversight is advancing in Trenton, reports Capital New York. 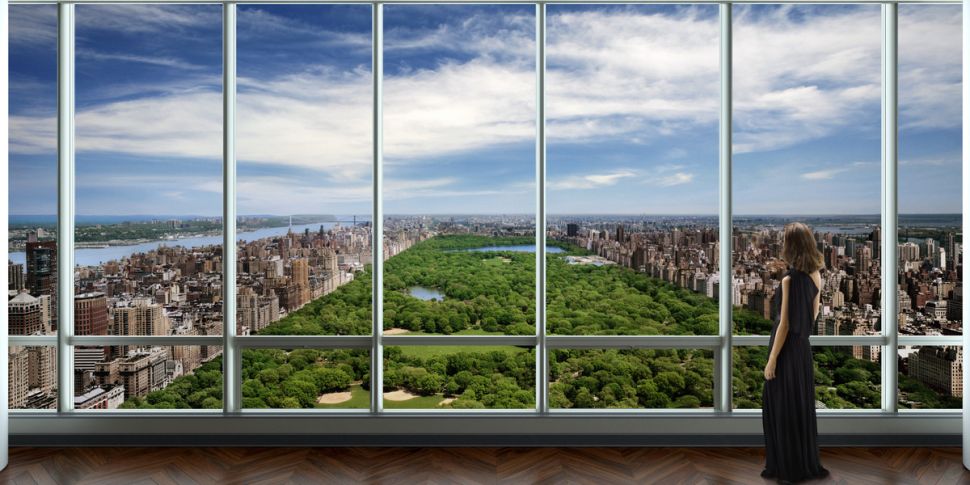