God’s work: a bevy of developers and “chic” new hoteliers and restaurateurs have managed to “liven up” Ludlow Street, The Wall Street Journal reports. Because nothing adds to a place’s vitality like luxury condos and high-end clothing boutiques. Thank goodness that the manager of the Ludlow New York City hotel wants to lure rock bands to “add to the gritty, rock ’n’ roll feel of the neighborhood.”

As for that brief window this summer when Manhattan rents plateaued, it seems that it was premature to derive hope from their brief arrested development. Crain’s reports that rents are once again on their steady climb upward, buoyed by would-be homebuyers discouraged by the dire sales market and a shortage of credit. Median rent in Manhattan is now $3,272. Brooklyn is not far behind at $2,743.

In fact, DNAInfo reports that Crown Heights rents are up an entire 10 percent from last year, via MNS’s quarterly report, with an average studio running just over $1,800 per month.

But at least for all that money Crown Heights residents will have a free-standing emergency room in the general vicinity: Crain’s reports that SUNY and Fortis have reached an agreement that would allow NYU Langone to operate emergency medical services at the Cobble Hill site—a deal that was nearly scuttled over a labor dispute with the nurses’ union—and Fortis to develop condos. The health complex is expected to be completed by 2018, and will have 70 doctors and a total staff of 400.

Like New York, San Francisco is struggling with a city that is increasingly polarized by class and money, with fewer and fewer residents falling into the middle.The problem, notes Altantic’s City Lab, is that there simply aren’t many jobs in the middle and few opportunities for those in the lower regions of the socio-economic scale to raise themselves up. The proposed solutions, however—finding ways to broaden the middle class and increase affordable housing for lower-income residents, who bear the brunt of high housing costs—are laudable but vague.

Speaking of inequality… Paris Hilton is apparently house hunting in West Chelsea, according to the New York Post. Though Ms. Hilton’s tastes—she’s apparently been to see a $2 million one-bedroom—seem downright austere compared to what many of the international elite are buying these days. (Now that $2 million condos are what rich Chinese parents buy their unborn children.)

Which brings us to One57, that favorite condo of those who prefer real estate to Swiss bank accounts, but which has had a very bad year so far: The Real Deal reports that Extell has sold a $27.13 million sponsor unit. Naturally, the buyer is an LLC.

Alicia Glen supports the Lowline? The Lo-Down reports that at the would-be park’s annual anti-gala (which is just like a gala, but for cool people), the deputy mayor said that “the Lowline could become ‘the city’s next great public space’ and suggested that, along with Essex Crossing, it could help advance what she called the revitalization of the Lower East Side.” Not discussed: how another highly expensive Manhattan park (the money being raised would be for the park’s construction, not its ongoing maintenance) would impact parks equity and further the mission of allocating funds to existing, unglamorous parks, which the mayor has been carrying on a good deal about recently. Other party notes: Lena Dunham co-hosted wearing a dress made by her boyfriend’s sister. The dress was auctioned off. Then her boyfriend’s band played.

Thomas O’Brien’s interior design handiwork at Rudin’s Greenwich Lane on the former St. Vincent’s site is both highly impressive (context is tricky when you don’t want to remind anyone of what came before) and deeply mundane in the way of much modern luxury (ceilings are high, floors wooden and paneling abundant and done up in shades of beige and gray). But lest you think this kind of product materializes without careful consideration, Mr. O’Brien expounds on his design process in an interview with Interior Design: “All that history of the evolution of the city is part of my own history, of what I was absorbing and learning from… these things became the reference points for each of the individual buildings in Greenwich Lane: how the architecture and design might all fit together on a spectrum and could be part of the authentic documentary landscape of the city. There’s an earnestness to it beyond the obvious drama of the site. This project is really my fantasy and story of New York.”

Also requiring careful consideration: the sexiness of William Beaver house, which The Wall Street Journal reports has abandoned its hard partying rodent in its marketing materials, as well as scantily-clad women emerging from bedrooms to find men mixing martinis. Now that families are Lower Manhattan’s best bet for becoming a residential destination, William Beaver house has added a playground for kids and banished the beaver in favor of marketing materials with smiling kids and doting parents.

Another change on the way: the attorney general’s office has approved a change that would allow owners of 80/20 rental buildings to sell their market-rate rentals so long as they commit to permanently preserving or increasing the affordable portion, according to The New York Times. As for how this might effect market-rate renters? They “would be the first to be offered the option to buy their units, officials said, and those who choose not to buy would be protected by existing rules from being forced out.”

The Wall Street Journal brings us this news: some “high-octane professionals” like to build home offices, really fancy ones, not at all like that set-up you might have with a computer and printer in the guest bedroom.

Last of all, The Real Deal takes a look at the real estate positions of the borough presidents. 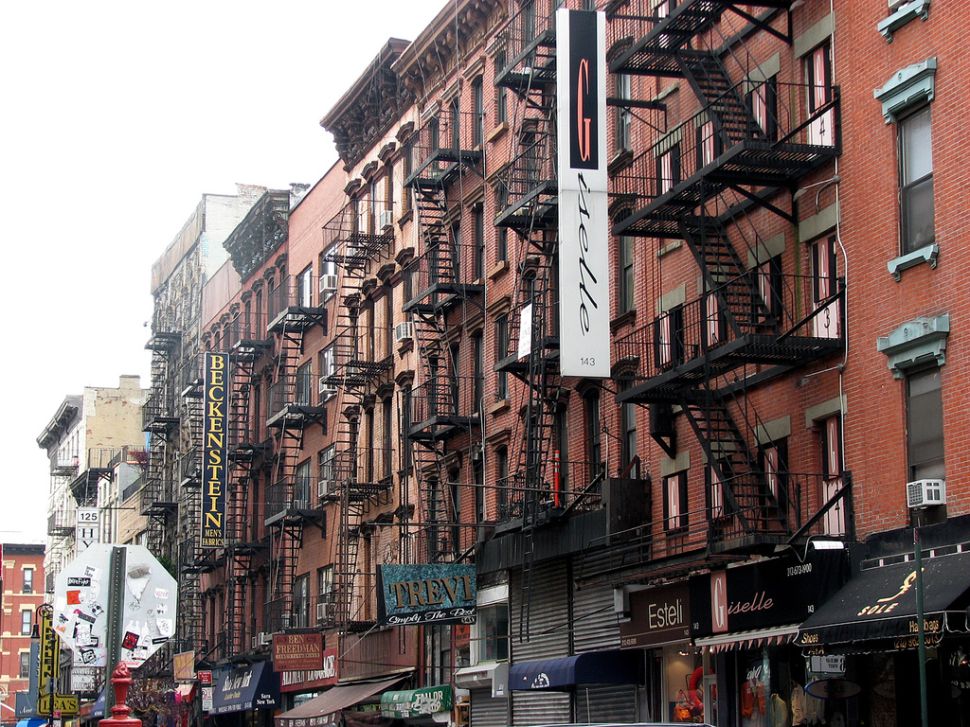