HPD Commissioner Vicki Been has said that the approval process for affordable housing development will become much less cumbersome and that the city intends to eliminate a time-consuming design and architecture review, reports Capital New York. The city will also move toward self-certification and random audits to speed the process. Additionally, it has hired Daniel Hernandez, the former head of planning at Jonathan Rose Companies, to head up inclusionary zoning reform and community outreach.

If at first your sales listing doesn’t succeed, try renting: it’s a technique employed by many a frustrated seller, most recently, the heirs of Howard Ronson at 828 Fifth Avenue, also known as the Berwind Mansion, reports The New York Daily News, who want $150,000 a month for the crazy opulent but not conjoined units at the mansion, which is still configured as a co-op. (Other notable examples include the Woolworth Mansion and Leroy Schechter’s combo at 15 CPW.) Of course, the non conjoined thing is as likely to scare off any renter as it was to spook billionaire Roman Abramovich, who we’ve heard abandoned his bid to buy after one of the residents refused to part with their unit.

Speaking of pricey rentals: the mayor’s affordable housing initiative will not, it appears, extend to his own Park Slope home, which the New York Post reports is now available for rent at $4,975 a month, making the three bedroom, one-bath home affordable to a household making $199,000 a year. But “you’re getting a lot for what they’re paying,” argues their broker.

Perhaps once the row house is rented out, Bill de Blasio will start exploring the city beyond Park Slope a little more. The New York Times reports that shockingly, the mayor has never once visited the High Line.“I am a fan of it. I think it’s done a lot of good for the city, but I haven’t visited,” he told the paper.

Wealthy Indians have joined the international crew of investors looking to dump their money into U.S. real estate, according to The New York Times. Though these investors do not, for the most part, number among the global elite dropping tens of millions of dollars, and hence have not been much noticed in the Manhattan market, they’re putting money into suburban New Jersey and Queens.

It’s just like your mom told you in high school: being cool isn’t everything it’s cracked up to be, not even for neighborhoods. In The New York Times, Hanna Kozlowska argues that maybe coolness isn’t actually all that good for neighborhoods or cities, as it attracts the kind of long-term tourists and short-term investors who don’t really care about the city’s broader development, just that they can enjoy the party until they’re ready to leave. Also, it not infrequently delivers an influx of residents to places like Portland that don’t often have the infrastructure or jobs to support them.

And what good is coolness when it means that awesome places like Yaffa Cafe shut down? The East Village mainstay is apparently gone for good, Gothamist reports. No more tahini-laden midnight feasts or late-night brunch cocktails.

Shake-ups at Town: it looks like Andrew Heiberger and Joe Sitt have mended their relationship somewhat, as Mr. Heiberger made a triumphant return as CEO yesterday after a long, bitter dispute with co-founder Joe Sitt. Not making amends anytime soon? Joe Appel, whom The Real Deal notes appears to be out as COO and stricken from the company website. They add that during the dispute Mr. Appel was seen to be loyal to Mr. Sitt, making him something of a persona non grata when Mr. Heiberger returned to power.

And shake-ups in the health care system: Crain’s reports that after 18 months of negotiations with the federal government, New York State has received permission to start a major revamp of its hospital and health care delivery systems in a bid to reduce unnecessary hospitalizations by 25 percent in the next 5 years. 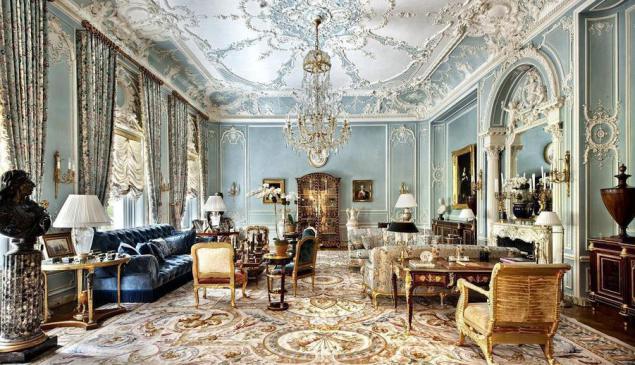