One thing every fan of Parenthood knows is that this family is always all up in each other’s business. They must constantly be calling each other with updates about everyone in the family’s current status. I shudder to think if the Bravermans were real what each of their Facebook pages would look like; probably a mess of family interaction that would annoy the heck out of everyone else.

But this is exactly why we love them. They act in ways that most people would never consider doing within their own bloodline.

In quite the contrast, this episode featured more individualized family stories with each branch of the Braverman clan working through something (but that doesn’t mean they aren’t all talking about everything with each other!)

The only exception to this concerned everyone’s continued nagging of Zeek to get up and move following his open heart surgery, per his doctor’s suggest. It’s no surprise that Zeek is not handling being down for the count very well, but it’s still difficult to watch him truly in pain and just wanting to do nothing but rest while the others insist that he should be up and walking. First, Camille tries to convince to Zeek to at least take a stroll around the couch. When he refuses, she calls in re-enforcements in the form of Adam, Julia and finally Kristina

When Camille laments to Adam that she thinks Zeek is giving up, I can’t be the only one who thought, ‘You don’t know how much pain he’s in. Let the man rest a little!’ It just seems a bit early to throw in the towel on the guy. Major surgery hurts and Zeek clearly seems pissed that he’s in this weakened state as evidenced by how mad he gets when he stumbles on his way to the bathroom, exclaiming to Camille, “I’m just trying to take a piss!” He’s never been a guy to let something hold him back and it’s doubtful that this will. Just give him some time, people.

Thankfully, Kristina is finally able to settle Zeek down a bit, not by trying to coax him into anything psychical, but by commiserating with him about how much the whole situation sucks.

Another situation that sucks occurs when Julia and Joel take Sydney to apologize to the classmate she’s been bullying. When Sydney gives a half-hearted apology and stomps off, the classmate’s parents send their child out of the room and proceed to let Julia and Joel have it, saying they don’t care what the family is going through, they need to discipline their child.

At this point, Julia tells Joel that they have to tell the kids that they’re not sure what’s happening in their marriage, to their family. Joel still appears to be in complete denial and even shakes his head ‘no’ when Julia begins to spell it out for Sydney. At the conclusion of Julia’s speech about the current status of their family and how no matter what happens Mom and Dad will be there for their kids, Sydney simply begins to cry and clings to her father.  Joel looks as though he might cry too, but he remains as stoic as possible.

While that relationship is ending, Hank and Sarah are moving to a new level, but as with everything Hank and Sarah-related, that’s not such an easy thing. Sandy, Hank’s ex, has insisted that he not have Sarah around when he’s with his daughter, Ruby. This is a problem when Hank and Sarah are in his bed and Sandy texts that she’s coming over with Ruby. When there’s a knock at the door two seconds later, Hank clumsily tells Sarah it’s the cleaning lady, which clearly it’s not, and this leads to a pants-less Sarah awkwardly greeting Sandy and Ruby in the foyer.

Later, when Sandy shows up at the studio to talk to Hank, Sarah informs her that she and Hank are more than just co-workers hooking up. Sandy, doesn’t take this well and when she mentions it to Hank later on, Hank confirms it, and in a break from his usual habit of backing down from Sandy, he firmly tells her that Sarah is a big part of his life and she’s going to be a big part of Ruby’s as well, and that’s what he wants. Sandy, in a surprise twist, she simply says ‘ok.’ She didn’t know that Hank and Sarah were serious and now that she knows that she’s ok with them being together around Ruby.

Sadly, that hurdle crossed, Ruby is rude to Sarah the next time they see each other, making it clear that hank may have to do some more standing up for Sarah, this time with his snarky offspring.

Crosby, trying to convince star client Oliver Rome to remain working with he and Adam at The Luncheonette, finds himself following Rome to a weird yoga retreat center to plead his case. When Rome reveals that he’s already signed with another management team, Crosby freaks out, ironically knocking over some serenity bowls, and storms out.

Back at home, Jasmine goes outside to greet him, only to see him take off on his motorcycle. Having earlier expressed her displeasure at Crosby continuing to ride the bike considering he recently had a minor crash that left him with plenty of ugly bruises and some seriously sore ribs,  Jasmine is quite unhappy that he’s yet again sped away on the two-wheeler.

At Chambers Academy, Kristina has her hands full with a rebellious new female student who’s taken a shine to Max, but not necessarily in a good way as she calls Max ‘Asperger’s’ for a nickname. While this is upsetting to Kristina, Max doesn’t seem to mind and reveals to Adam that he likes the girl and needs some advice as to how to move forward with her. Adam can barely contain his surprise at this interesting turn of events.

This episode featured many Bravermans and their significant others assuming something about someone else it was a bit dizzying – Jasmine assuming Crosby would stop riding his motorcycle, Kristina assuming Max was unnecessarily being harassed, Sarah and Hank both assuming that Sandy wouldn’t be ok with their relationship, Julia assuming Joel is ok how they’re handling their kids reaction to their separation, and Camille assuming Zeek was giving up.

But there were plenty of Bravermans (and Hank!) laying down the law in this episdoe, demanding that they be heard.

In a surprising twist, none of these assumptions or declarations have come back to bite anyone in the ass….yet. But, it’s really only a matter of time before it happens, and that’s the beauty of this show; it never shies away from the reality of every situation it tackles, no matter how much it makes the audience squirm. There are no shortcuts through any minefield here.

Now, with so few episodes remaining, the question is, where can all of this possibly be headed and just how do you savor all of it?

Zeek isn’t giving up and clearly neither are fans of this show. 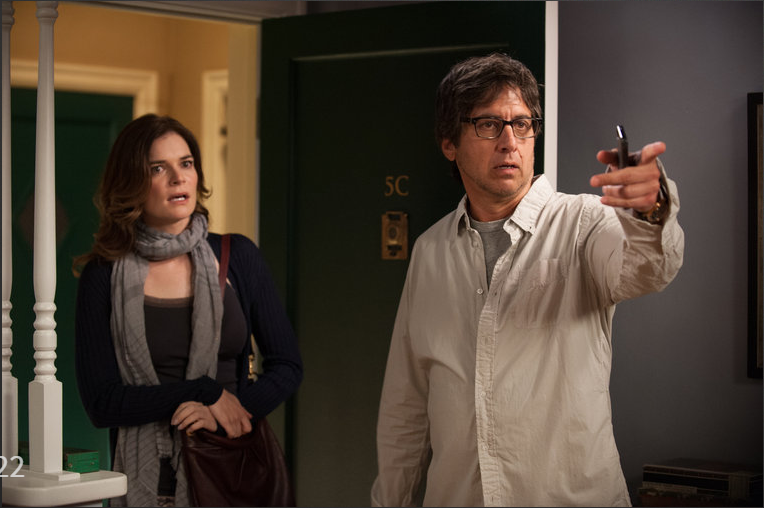