All conversations within any relationship are loaded with subtlety and subtext – unless you’re Max Braverman. While Max’s Asperger’s may rob him of some of the emotional choices that the rest of the Braverman clan may use as they navigate the rocky terrain of their affairs with others, Max’s ‘disorder’ strips away any shield of protection and allows him to just say exactly what he thinks and how he feels without worrying about the consequences of such vocalizations.

Max’s latest endeavor involves the wooing of his crush Dylan, the sassy newcomer at school, who, although not afflicted with Asperger’s, also says exactly what she thinks, sans regard for any aftereffects. The two seem like a match made in heaven, but it’s clearly just not that easy, as no boy/girl pairing ever is.

When Max approaches his pursuit of Dylan as a logical issue, one that can be solved by calculating precisely each step to take in his pursuit of her, his methodology shines a light on just how truly complicated matters of the heart can be, no matter how honest the two parties directly involved are with themselves and with each other.

While Max tells Dylan straightforwardly that he likes her at a level 5, the highest degree on the ‘Scale of Affection,’ a point system devised by Adam, Dylan counters with a much lower number. But, all is not lost as Max sees the challenge of raising Dylan’s number as an extremely worthy endeavor.

Amber it seems could take some cues from Max and learn how to stop stumbling when she wants to really say something. When she literally bumps into a silicon valley tech employee outside of a coffee shop (while both are wearing hippy-ish plaid shirts no less) and douses him in what looks like iced coffee, that meet-cute leads to a date. But with her bun in the oven, she struggles to know exactly what to say or not to say to the good-looking, geeky, glasses-wearing gentleman, Griffin, about her situation. Cut to her running to brother Drew to get his take on what to do. Drew, who seems to have leap-frogged passed Amber in terms of maturity, advises her that she shouldn’t wait to tell Griffin what’s going on. After some hand-wringing and accepting a good night kiss from Griffin at the conclusion of their second date, she spills it; saying she’s pregnant, but not with the father anymore.  Griffin appropriately recoils at the news and mutters that he’ll call her as he hustles away from Amber’s front door.

When Amber goes back to Drew to tell him what happened, she realizes that this incident is just a small sample of how her life is going to change now that she’s having a baby. One can only think – really, you thought dating wouldn’t be difficult now that you’re pregnant? Are you delusional? What other things are you in denial about? Clearly, the answer to that is – everything.

Denial is running a bit rampant for the Bravermans as Crosby continues to act like a child whose parents haven taken his toys away. That isn’t exactly inaccurate as Jasmine does take Crosby’s favorite toy, his motorcycle, away, by putting a boot on it. Who can blame her after he took a spill on the thing and cracked some ribs? Obviously, she’s thinking about their two kids and her desire to have her husband around to help raise them. But Crosby seems to go further in the opposite direction when he takes Zeek to physical therapy, driving the minivan like it’s a sports car and then shanghighing his father into going to a bar where he gets an afternoon drunk on. Jasmine is none-too-pleased when she has to pick up her soused spouse and his father, to whom she expresses her displeasure about her husband’s actions.

Joel also gets an earful, not from Julia but from Sydney and Victor who go on and on about what a great guy Julia’s boyfriend Chris is after having spent time with him at a Braverman family gathering. With a lot of pent up anger about another man being around his kids, Joel confronts Julia and asks her straight out if Chris is going to be a part of their lives in an on-going basis. Julia stumbles a bit but then declares that she doesn’t really know where it’s going but that she’s not sorry about the relationship, only the way that Joel found out about it.

As Adam explains to Max early in the episode, the ‘Scale of Affection’ is fluid. (Hence the brilliant title of this installment.) This concept could very well be applied to the viewing audiences feelings about all of the Bravermans.

Crosby is sliding down the scale, as he seems to be headed down a destructive plan because he appears to be crumbling under the weight of being a husband and father. Jasmine remains steady on the scale due to the factor that in her relationship with Crosby she has always had to be the voice of reason, and we see that this has not changed in the least.

Julie and Joel are continually moving up and down the scale. At times, sympathy lies with him and at times it lies with her. To provoke this type of continually shifting loyalty from viewers between the two in such a believable manner is quite a feat and not something to be glossed over. To portray the dissolution of a marriage and keep each party on the same footing and not make one the clear villain, is also to be commended.

Kristina lost a notch on the scale, as she seemed to constantly discourage Max from following his heart. But, it may just be a mother trying to protect her son from heartache so it’s just a small slip for her. Adam, on the other hand, significantly moved up the scale this week as he open-heartedly helped his only son Max go after something Max, and every man, truly desires – the love of a girl. Adam’s steadfast belief that someone will absolutely love his son for who he is despite his issues, shows that Adam’s foremost want at this point is to ensure some happiness for his son.

Whether Max gets his happy ending is, like all things in life, uncertain, but it’s the journey he and the rest of the Bravermans will take as they struggle to attain what they most desire out of life that will be fun, sad, and fascinating to watch.

Currently, it’s Max’s mission to get Dylan to move him up on her ‘Scale of Affection.’ When Max declared to Dylan that she’s a 5 on his scale, Dylan replied that he’s a 2 on her scale. A moment later she upped that number to a 2.5, a clear sign that Max is already on the path to reaching his goal.

Thanks Powers-That-Be for giving fans of the show a unique scale by which to measure this final season. It should come as a surprise to absolutely no one that currently the needle is shaking as it strains to move past that 5. 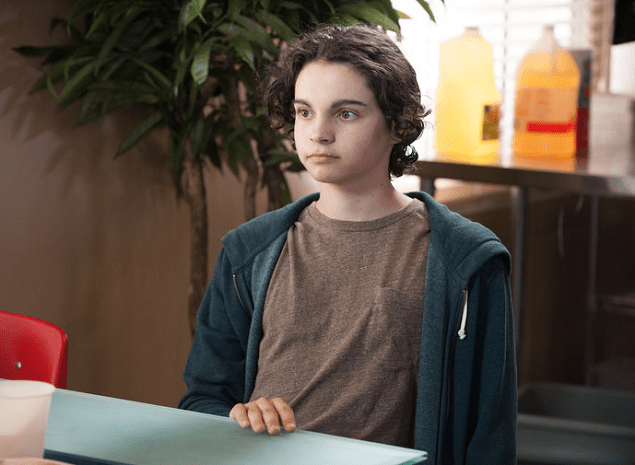