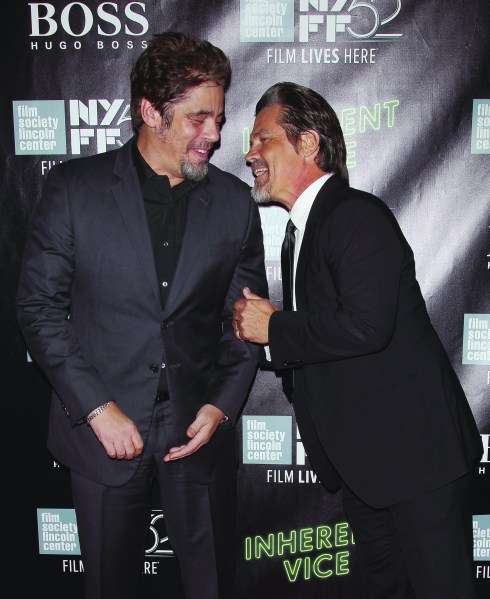 “O.K. if I sit here?” Daniel H. Stern, the president of the Film Society at Lincoln Center, asked me as he flopped onto a black leather couch just outside the Walter Reade Theater last Saturday morning.

If you’re the president of the Film Society and it’s the apex of the New York Film Festival—131 films over 17 days—well then, yeah, you can sit wherever you want. And Mr. Stern explained that he had just watched the first 10 minutes of Paul Thomas Anderson’s naughty, knotty and narcotic ’70s noir, Inherent Vice, the first-ever film adapted from a novel by Thomas Pynchon. In other words, he needed to sit down for a second.

“I have to introduce the film tonight,” he explained, meaning at the premiere that night. And he seemed quite calm despite the rain-drenched near-riot that occurred while herding megafans and critics into the first screenings of Mr. Anderson’s latest masterpiece.

Just then, Martin Short wandered in from the deluge. The comedian steals Inherent Vice in just a few minutes of screen time: he plays Rudy Blatnoyd, a cocaine-hoovering dentist who’s part of a shady syndicate called the Golden Fang, and spends his onscreen minutes barking delirious expletives, snogging a young runaway socialite named Japonica Fenway, and racing through Los Angeles in a rollicking drug-fueled joyride.

Later in the day, in that same lobby, Mr. Anderson led Inherent Vice’s Benicio Del Toro, Owen Wilson, Jena Malone, Joaquin Phoenix, and the rest of the principle cast to a press conference where they would discuss the narrative tangle of the plot, the relative chaos of the shoot, and the madcap nature of the gags.

Then one writer in the audience went off on Mr. Anderson’s “obsession” with masculinity and manhood in his work, and the auteur’s brow raised with a spark of surprise, maybe mischief. He never directly addressed the question, but there was someone even more expert on the topic to talk to. Who better to ask about male chest pumping in the work of Paul Thomas Anderson than Maya Rudolph, Mr. Anderson’s wife?

“I don’t think Paul’s film’s are explicitly masculine,” said Ms. Rudolph. The comedy vet—who makes an appearance in Inherent Vice as the mothering secretary to Mr. Phoenix’s character, the beach bum PI, Doc Sportello—was standing by the back patio of Tavern on the Green, the classic post-premiere spot that’s been closed the last few years for renovations. It’s open again, so finally all the movie stars have a place in New York with ample smoking areas, trees and greenery to keep out the paparazzi and riff raff, and those head-high heat lamps so ubiquitous in Los Angeles.

Indeed, the decor made it seem like a little piece of Hollywood in Central Park—or at least the crowd of A-listers begged the comparison. A meek Paul Dano hovered near the bar, and explained that he wrapped his Brian Wilson biopic, Love & Mercy, which will roll out a couple weeks after Inherent Vice this December. Mr. Dano plays the genius Beach Boy in his younger days. Mark Ruffalo and Edward Norton took turns vying for the title of most boyish 40-somethings as Josh Brolin paused for many a photo op. Mr. Phoenix, who’d remained stoic during the Q&A (read: he didn’t utter a single word) seemed to loosen up a bit toward the end of the party. He and Mr. Del Toro, old pals, were playfully shooting the shit before Mr. Phoenix tried to make something of a clandestine phone call, and Mr. Del Toro followed him to a corner. Then we saw Mr. Short, the zany lunatic on screen, now mellowed out in real life. How did Mr. Short come to the role of a maniacal dentist anyhow?

“P.T. just called me,” he said. They met for the first time in wardrobe and shot his scenes over the course of four days, Mr. Short explained, standing with his son.

Sam Waterston towered over the group collecting around his daughter, Katherine Waterston, who played the female lead and gave a performance in the film’s pivotal scene that was quite, um, revealing. Then, outside again, Ms. Malone sipped her cocktail, teetering in heels and braids. “He’s an innovator!” she exclaimed of Mr. Anderson. “He’s a cowboy artist!”

“Let the nerd talk begin!” the cowboy artist said the next day, at another talk for fans and press, hangovers and heat lamp tans from the previous night fading away. The topic of plot arose—as it tends to do in discussions of Inherent Vice, because the plot doesn’t make the slightest bit of sense.

“I never remember plots to movies, I remember how they make me feel,” he said. “A friend of mine told me a story. He’s in a band. There’s a guy that does the lighting, and he said to that guy one time, ‘You know, when they come out of a concert, they don’t come out whistling the lights.’ I feel like that about this movie.” 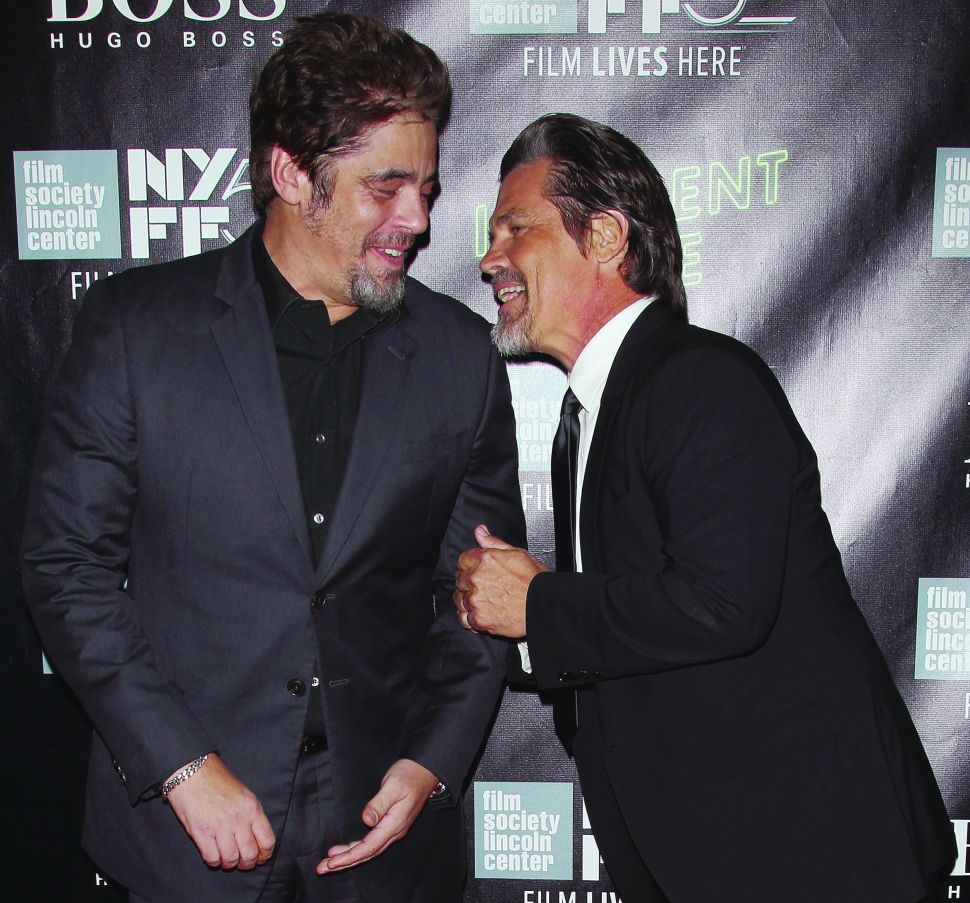