Show Palace, Long Island City’s self-described “opulent” all-nude cabaret venue is launching SkinAds, an advertising program that will use the backs, stomachs, arms and legs of their performers as human billboards. This salacious ad campaign is brought to you by the same gentlemen’s club that offered A+ students lap dances on finals week.

“With this offering, we’re giving brands a new avenue to advertise,” Show Palace manager Mike Diaz said in a release. “And, unlike billboards or newspaper advertisements, with the nature of placement—a naked woman’s body—this offering can almost guarantee that advertisements will be seen.”

Of course, this type of campaign brings up all sorts of questions, some of the lesser being: Do the women get commissions? Do they get any say over who gets to advertise on their bodies? Will banner blindness eventually set in? Does this still count as an all-nude show? What does a SkinAds rate card look like? We’ll stop there.

The ads will go on performers’ bodies as temporary tattoos, and enterprising ad salesmen can buy them in three-day intervals. Prices vary depending on ad size, time of week and location. Show Palace offers a “full body experience” package, which the company says “utilizes all body parts” to turn strippers into living infomercials.

“We’re able to advertise in front of our target audience—those with an affinity for nakehod women,” Mr. Price said in the release. “And, unlike our Times Square billboard, it won’t get torn down by disgruntled business owners.” 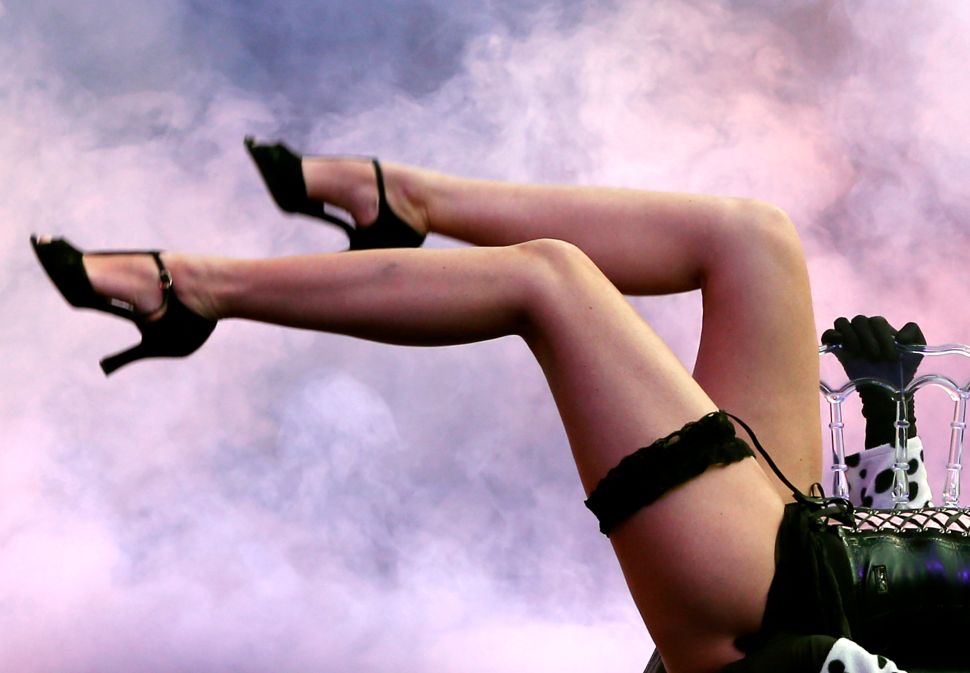