Grand Central is closing the book on Posman.

According to Gothamist the bookstore, which has had a location in the transit hub since 1999, will close on New Year’s Eve. Its lease ran out in September and the MTA will not be renewing it.

The store’s 5,000 square feet of space, well-trodden by city bibliophiles, will be used for storage while Vanderbilt Hall undergoes construction. It will then become part of the MTA’s campaign to enhance pedestrian circulation into the 1 Vanderbilt office building, whose entrance will be west of the bookstore’s location in Grand Central.

‘They decided to deal with the problem of the new restaurants,” Posman vice president Robert Fader told the Observer. “I understand why they did it. They’re not in the position to terminate somebody else’s lease and put us in.”

The Rite Aid next door to Posman Books is expected to remain open. A petition on MoveOn.org urging the MTA to renew the bookstore’s lease spotlights this irony.

“New York is losing bookstores left and right,” the petition, which has gotten 780 signatures, states. “We cannot afford to lose another. Meanwhile, we’re drowning in Rite-Aid.”

The petition also says that the MTA is “contributing to the cultural death of the city.”

Mr. Fader told the Observer that he has been overwhelmed by the support from all corners.

“I’m very gratified,” Mr. Fader said. “We know many of these customers. We see them every day.”

The store posted “A Heartfelt Thank You & Farewell” on its website, and while the letter has an overall sad tone, the company is throwing a bone to its customers.

“We won’t be here in January when you need a calendar, so we will be discounting them earlier than usual,” Eugene Posman, president of the company, announced in the letter.

Posman isn’t totally going away: it has other locations in Rockefeller Center and Chelsea Market, and a new store at the World Financial Center will open in March.

The bookseller is not the only Grand Central landmark in danger of closing–Junior’s and Two Boots, two of the station’s most popular eateries, could also be on the chopping block. 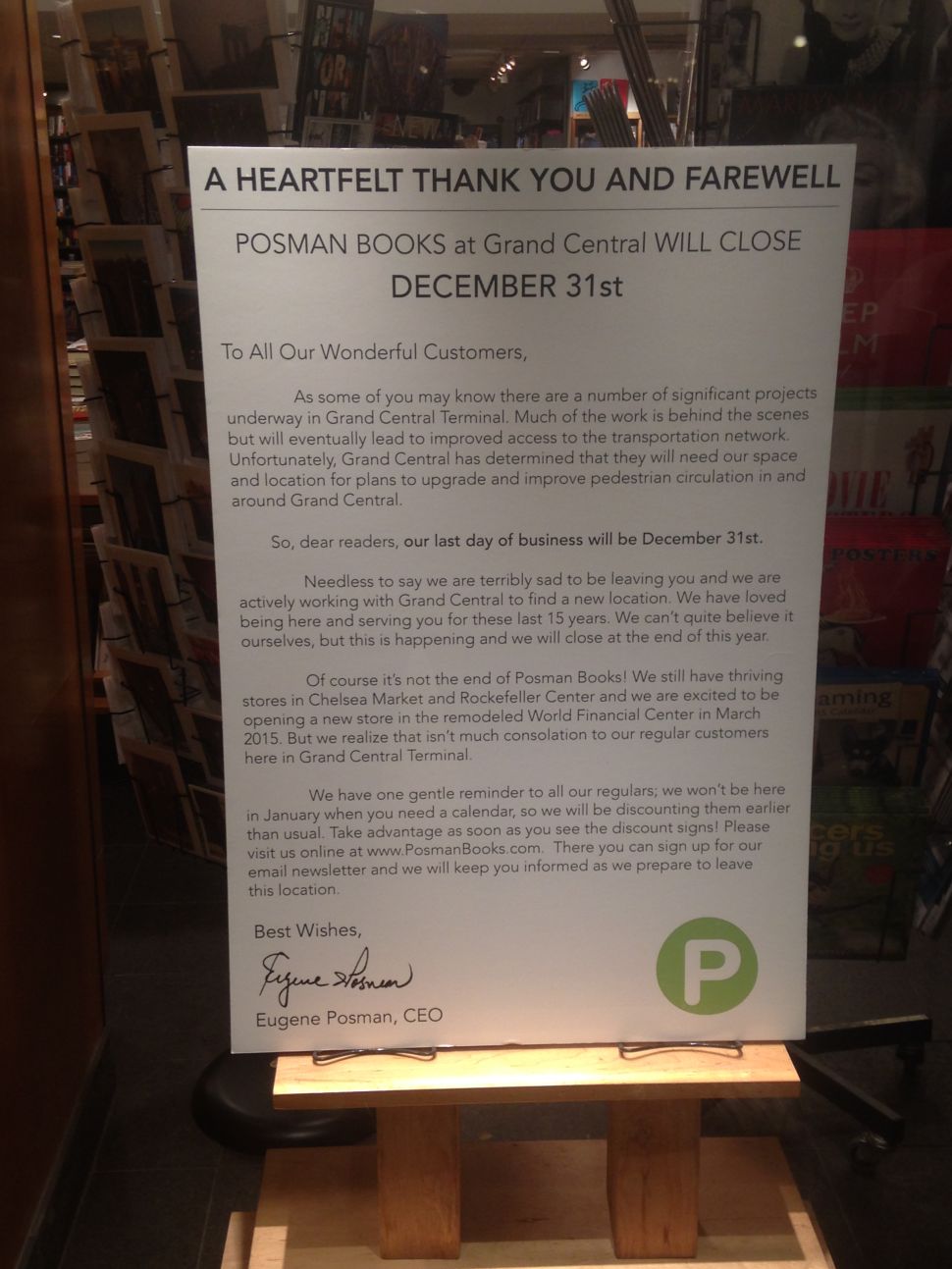