“Those on our side of the debate viewed the White House as so eager to rid itself of Iraq that it was willing to withdraw rather than lock in arrangements that would preserve our influence and interests.”

“The reset had allowed us to pick off the low-hanging fruit in terms of bilateral cooperation…But we should hit the pause button on new efforts. Don’t appear too eager to work together. Don’t flatter Putin with high-level attention.”

There is nothing unusual about these criticisms of President Obama. They are typical of conservative attacks on the president since at least the time of his inauguration. None of these statements, however, were made by Republican members of Congress, conservative policy experts or right wing media personalities. They are excerpts from books written in the last year by former members of Obama’s administration Leon Panetta, Bob Gates and Hillary Clinton, respectively.

It is a sobering reflection on the foreign policy of President Obama that three of his most important and respected cabinet members had such harsh criticism of his conduct of foreign policy. Vice President Joseph Biden has been critical of these memoirists, urging them to “at least give the guy a chance to get out of office.” Democratic media consultant Joseph Mercurio, referring to Mr. Panetta’s decision to publish his book Worthy Fights at this time, offered a somewhat less restrained description: “I personally find it shocking when people close to presidents write tell-all books to rewrite their place in history. To release a book of that type before a critical mid-term election is selfish book marketing.”

Ultimately, the question of whether Mr. Panetta, Mr. Gates and Ms. Clinton acted out of disloyalty by attacking the president in this way, carried out their patriotic duty by drawing attention to the president’s shortcomings, or simply tried to make a few bucks by writing politically salacious books is subjective — but the books themselves reveal more about the failures of the authors than perhaps was intended.

Worthy Fights, Hard Choices and Duty, the blustery titles of the memoirs by Mr. Panetta, Ms. Clinton and Mr. Gates, do not make the President look good, but in many respects they make their authors look no better. This is not because these books seem petty or disloyal, but because the authors’ criticisms of the president are a surprisingly frank admission that they were unable to do their jobs well.

Being an effective cabinet member, advisor or confidante to a president or other leader does not just require the ability to give good advice, or know the right policy solution, but to win the argument and persuade the principle as well. Having the right policy recommendations is easy. Turning that idea into policy is the hard part. If you can only do the former, you are probably better suited for academia or the think tank world rather than a position of real influence on foreign policy. If Defense Secretaries Gates or Panetta were unable to persuade the President to follow their advice, as they both seem to be claiming, that demonstrates a failure to do a big part of their job.

Similarly, but perhaps less dramatically, a central part of Ms. Clinton’s argument in both her book and her comments after leaving Foggy Bottom are that since her departure, the Obama administration has made a series of mistakes in places like Syria. “The failure to help build up a credible fighting force of the people who were the originators of the protests against Assad — there were Islamists, there were secularists, there was everything in the middle — the failure to do that left a big vacuum, which the jihadists have now filled.”

Again, leaving the substance of Clinton’s remarks aside, these statements imply that that without her advice, the administration could not get it right. This is another way for Ms. Clinton to say that she could not leave good structures and people in place at the State Department or make enough of an impression on the President during the four years she served for him to either continue her policies or seek her advice when she was no longer in office.

There is a fine, but essential line, between governance and kibitzing. The former requires the ability to win debates, craft and implement policy. The latter is easier and rests on coming up with good ideas that may or may not ever be turned into policy. Mr. Panetta, Mr. Gates and Ms. Clinton, at least based on much of what they have said and written since leaving office, never quite understood that line. 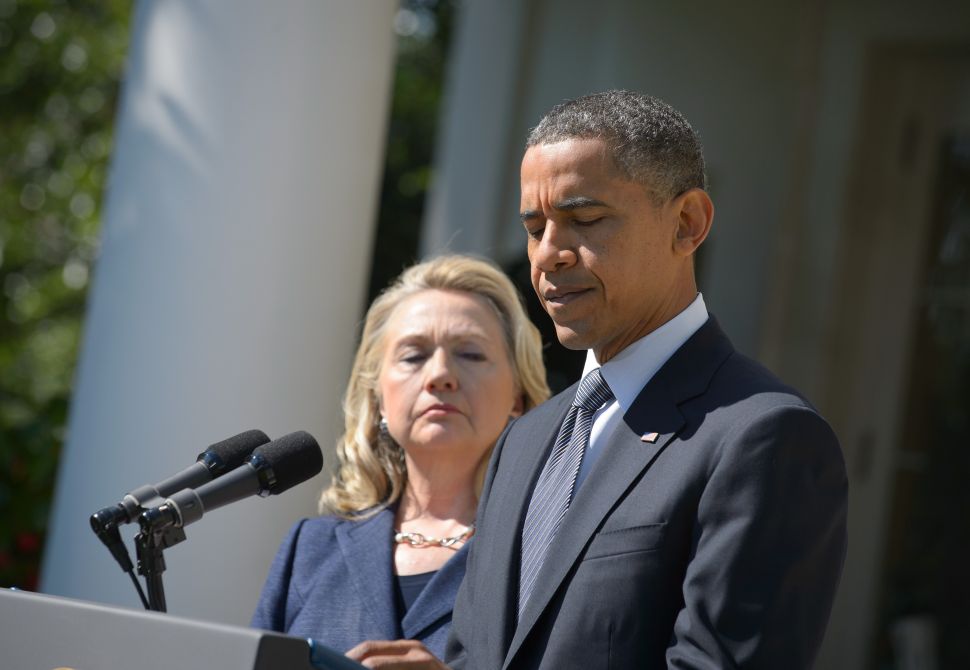