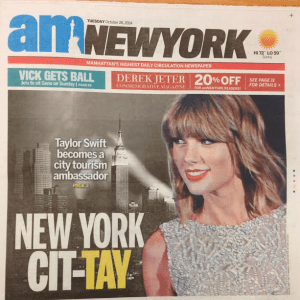 Word on the street is that New Yorkers aren’t too happy with Taylor Swift after the release of her new song “Welcome to New York.” Dubbed New York City’s “Global Welcome Ambassador” by NYC & Company, she has been providing her branded (and unwelcome?) face time in a new tourism campaign to celebrate New York City as a “welcoming” place, according to the organization’s press release on Monday.

But take heart, New York. Ms. Swift, whose metropolitan existence has spanned just over a year cozied up in a $20 million Tribeca penthouse, is reportedly donating all proceeds from her new song “Welcome to New York” to NYC public schools.

Again, the naysayers: a comment on Daily Intel’s report reads, “poor NYC schools get stuck with the wackest song on the album.”

Admittedly, though, Taylor’s growing on us. 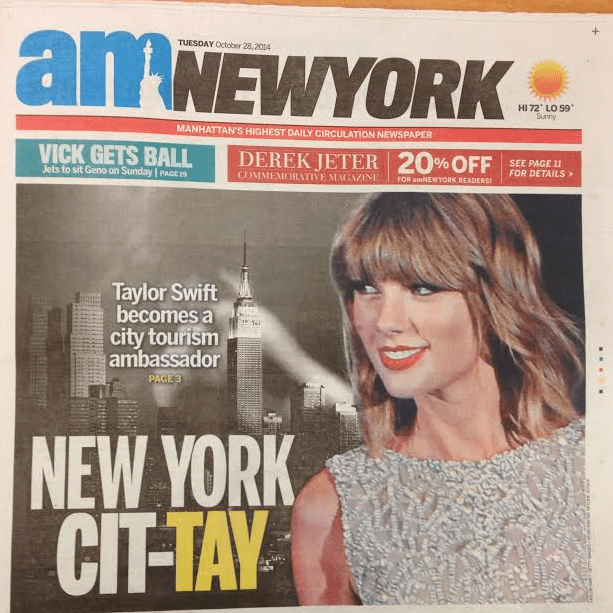