Oh Mulaney, you poor innocent sweet thing. Whichever of the television gods deemed it a good idea to put a multi-camera, live-studio-audience sitcom on Sunday night up against Boardwalk Empire, the two hour Homeland premiere, The Good Wife AND Sunday Night Football is a cruel television god indeed. My heart will ache for you, Mulaney, when the Walking Dead returns next Sunday.

I watched Mulaney (although not at 9:30 on Sunday because duh look at all those other choices.) It wasn’t funny, plain and simple. I think everyone else has adequately summarized that by now. But the fact is, I didn’t write a full review because I just feel so bad. John Mulaney is funny. I’ve seen him do it! Which is why I can only hope that the pilot episode was just struggling to find a voice, like many pilots do. I could, in fact, find out if this is true. The episodes made available to the press are just sitting on my desk looking at me, begging to be watched, but I don’t want to know. So let’s look at the bright side,shall we? Let’s find some times before Mulaney, when the world still was convinced John Mulaney was a funny person.

Like his standup, for instance. Legitimately the only parts of Mulaney I truly enjoyed were his Seinfeldian standup bits sprinkled in, to the point where I got annoyed that all this extra stuff (see: Martin Short) was interrupting a John Mulaney standup special. I don’t think it helps that his standup delivery compared to his acting delivery is like comparing apples to oranges, and also those oranges have problems with their voice inflection.

And the dude won an Emmy for his writing on Saturday Night Live. An Emmy, which is like the American version of being knighted. Mulaney co-created Bill Hader’s Stefon character, and 80% of the reason it worked so well was actually because Mulaney spent the entire sketch fucking with Bill Hader.

In fact, here he is explaining his love for fucking with Bill Hader, just to prove that the man is 1000x funnier and more charming just talking to Seth Meyers than he is on the sitcom that he wrote himself.

An added bonus: Here’s Mulaney co-star and otherwise funny person Nasim Pedrad doing a killer Aziz Ansari, an impression that must make it into at least one episode of Mulaney, or else there is truly no hope. 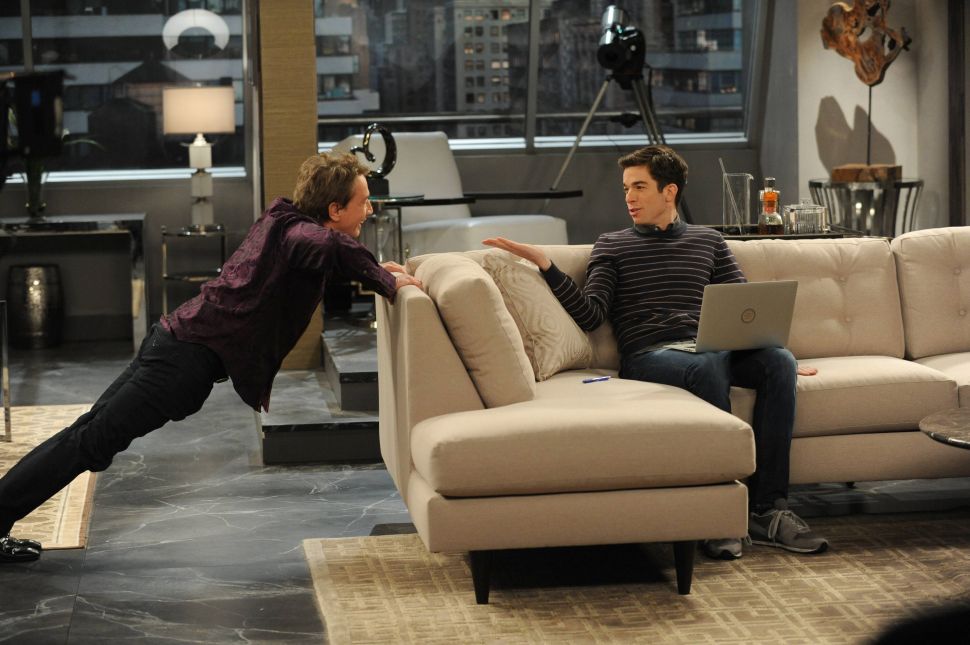