With the passing of bassist Billy Rath in August, Walter Lure is now the last man standing from the classic lineup of the Heartbreakers—not that arena band from Florida, but rather, the real ones that Johnny Thunders and Jerry Nolan formed to keep the rock and roll party going after the wheels came off the New York Dolls’ apple cart. (And sure, original Heartbreakers bassist-vocalist Richard Hell is still around, but does he really count, in this context?)

The Heartbreakers took their Lower Manhattan guttersnipe attitude to the U.K., where they rubbed shoulders with the Sex Pistols and the Clash on the ill-fated Anarchy Tour, and cut a representative (if over-tweaked) slab of first-generation punkitude, L.A.M.F., that could have made them contenders … if only. (The record label folding didn’t help.)

Nevertheless, to this day, for fans from Stockholm to Sydney, the Heartbreakers’ sound remains emblematic of first-generation New York punk, and Thunders’ legend in particular looms large. Repackages of their meager discography abound. (For my money, the best way to hear them on disc remains the Nolan-less Live at Max’s Kansas City, as much for Thunders and Lure’s smartass repartee as for the tunes.) A crowd-funded documentary, Looking for Johnny: The Legend of Johnny Thunders, was released earlier this year.

Mr. Lure was drafted into the original Heartbreakers lineup after some less-than-snazz gigs as a three piece, but rapidly became their secret weapon. He promoted himself from singing one song in the Hell era to writing and singing half of the setlist. His ebullient bark was a worthy foil for Johnny’s nasal wiseguyisms, while his guitar work was both solid and fundamental enough for him to get tapped to provide uncredited (although remunerated) session assistance on three latter-day Ramones albums.

Even after taking a gig as a stockbroker, Mr. Lure continued to run with a fast crowd that took their rock and roll lifestyle seriously—so seriously, in fact, that he’s buried more bandmates from his follow-up outfit, the Waldos, than he has from the Heartbreakers. The Waldos didn’t record until 1994, but some folks will tell you that their Andy Shernoff-produced album Rent Party, which Sympathy for the Record Industry reissued on vinyl a few years back, was the sequel to L.A.M.F. the Heartbreakers never got a chance to cut.

Since then, Mr. Lure’s been a frequent, if intermittent, presence on the New York stage, and on Saturday, October 18, Brooklynites will get their chance to hear him do his inimitable thing at Beast of Bourbon, with support from New York Junk, a like-minded trio fronted by Lower East Side veterans Joe Sztabnik and Cynthia Ross. Billed as “Walter Lure’s Waldos” (are there any others?), laughs, high times, and ragged-but-right rock and roll are guaranteed. But please, don’t take for granted that you have an unlimited number of opportunities to hear this music played by people who were present at its creation.

Beast of Bourbon is at 710 Myrtle Ave., between Spenser and Walworth; take the G train to Myrtle/Willoughby. It’s a free gig, with two-for-one drink specials until 8 p.m. 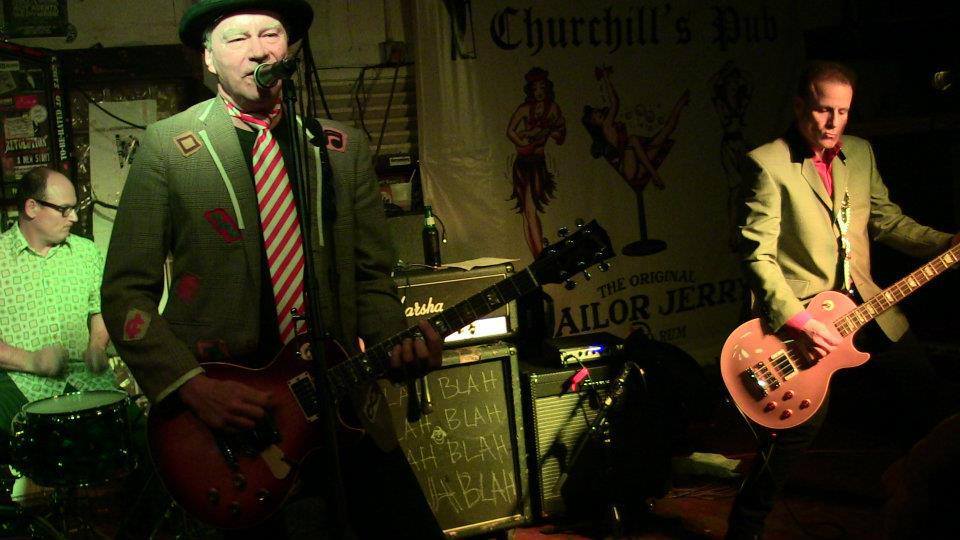