On the 20th anniversary of the Rebbe’s passing, the renowned scholar Rabbi Joseph Telushkin published Rebbe: The Life and Teachings of Menachem M. Schneerson. Insofar as the book has been widely praised in glowing reviews in the world’s foremost publications, it does not require further commendation from me. Suffice it to say that it became an instant classic, conveying to the world with the eloquence and beauty the wisdom, warmth, and inspired leadership of the greatest Jewish religious visionary of the twentieth century.

It is a tremendous read.

Anyone who knows Joseph — he is a personal friend — is aware that he is a man of humanity and humility, scholarship and genius. Chabad did well in choosing a man who is a living embodiment of Jewish values as the Rebbe’s biographer.

Having spent the Simchat Torah holiday in Crown Heights, I was shocked to hear that Rabbi Telushkin had been the target of an ugly public and personal attack by Toronto Chabad Rabbi and Chief Rabbinical Court Judge Gershon Elisha Schochet.

It demands a response.

In an open letter penned to another Rabbi that dismissed the book as heretical, Mr. Schochet assaults Mr. Telushkin as “an unscrupulous individual” who is “a Conservative Rabbi” and “is not trusted for testimony in Jewish court just by the mere fact that he is affiliated with said movement.”

Mr. Schochet continues that Telushkin is a “’Rabbi’ in a Conservative temple, where a woman serves as a ‘Chazanit’ and his assistant ‘Rabbi’ is from the Reform movement.” Mr. Schochet concludes, “The book has some terrible ideas which constitute a Chilul Hashem” (desecration of God’s name) which requires that he “denounce this book.”

Denouncing people and banning books seems to be something of a family tradition. Readers of my own books will remember that Rabbi Schochet’s brother, the late Rabbi Immanuel Schochet, banned my book “Kosher Jesus” as heretical and as posing “a tremendous risk to the Jewish community.” (The danger somehow never materialized). Despite his best efforts to ban both me and my work, the book gained international recognition and received glowing reviews from Publishers Weekly and Jewish publications worldwide. Later his brother Rabbi Ezra Schochet of Los Angeles accused the Rabbi of the largest South African synagogue of “waging a war against the Rebbe” for simply hosting me as scholar-in-residence, and for the past twenty-odd years another member of the Schochet family in the UK has tried desperately to build his name largely as my public nemesis.

They have every right to do so.

But it’s ironic that demonization of fellow Jews would be made in the name of the Rebbe, who built a worldwide movement dedicated to the proposition that every Jew is of infinite value and is beloved of God: reform, conservative, reconstructionist, secular, and orthodox.

The Rebbe opened the hearts of his followers to every Jew regardless of observance or affiliation and Mr. Schochet’s words about Conservative Jews and Rabbi Telushkin – who incidentally has orthodox smicha –  are as distant from the Rebbe’s thought as Pluto is from the Sun.

The Rebbe realized his global vision of Jewish outreach not due to exceptional organizational skills but effusive love for God’s children. His moral authority and unparalleled humanity inspired in all who met him a desire to be better. Seeing how he spent no money on himself, his followers became more generous. Seeing how he never took a day for vacation, his disciples made more time for the community. And seeing the dignity he accorded all who came to seek his blessing his admirers ceased judging people who were different.

No doubt Chabad could have found a Chabad author to pen the Rebbe’s biography. But that would have diminished the Rebbe’s reach. The power of Mr. Telushkin’s biography is its demonstration of how the Rebbe touched the lives of Jews and non-Jews the world over. And it does not require a follower of the Rebbe to bear testimony to his impact.

One of the most powerful stories in Mr. Telushkin’s book is how a reform rabbi came to the Rebbe and he said he wished to leave his community. The Rebbe strongly discouraged him from doing so, saying that he was battling on the front lines of the Jewish people and must continue in his pulpit.

I trust that conservative and reform readers will take the appropriate message that Chabad hatred of non-orthodox Jews is a shocking libel and that Chabad believes that all Jews are equally beloved of God.

Concurrent with the publication of Rabbi Telushkin’s book, another biography of the Rebbe, Turning Judaism Outward: A Biography of the Rebbe, was released by renowned Chabad scholar Rabbi Chaim Miller. Chaim is a close friend, but it is not friendship that leads me to describe this book, as well, as a masterpiece, a thrilling read and a compelling page-turner which is quite simply one of the best biographies I have read. In elegant, gripping prose Chaim brilliantly conveys the Rebbe’s personhood, personality, and humanity. Different from Joseph’s book, it offers a linear history of the Rebbe’s life. The Rebbe emerges as a person in full. Some are uncomfortable with that. They want the Rebbe to be superhuman. But I learned so much about my great teacher and spiritual mentor that I had never known before. I had lunch with Chaim over the Jewish holiday and told him that his book was so close and personal that at its conclusion I felt like I had lost the Rebbe all over again.

What I will never lose, however, is the image to which my eyes bore personal witness: the Rebbe, at all times, according esteem, deference, and infinite worth to every person regardless of their beliefs. 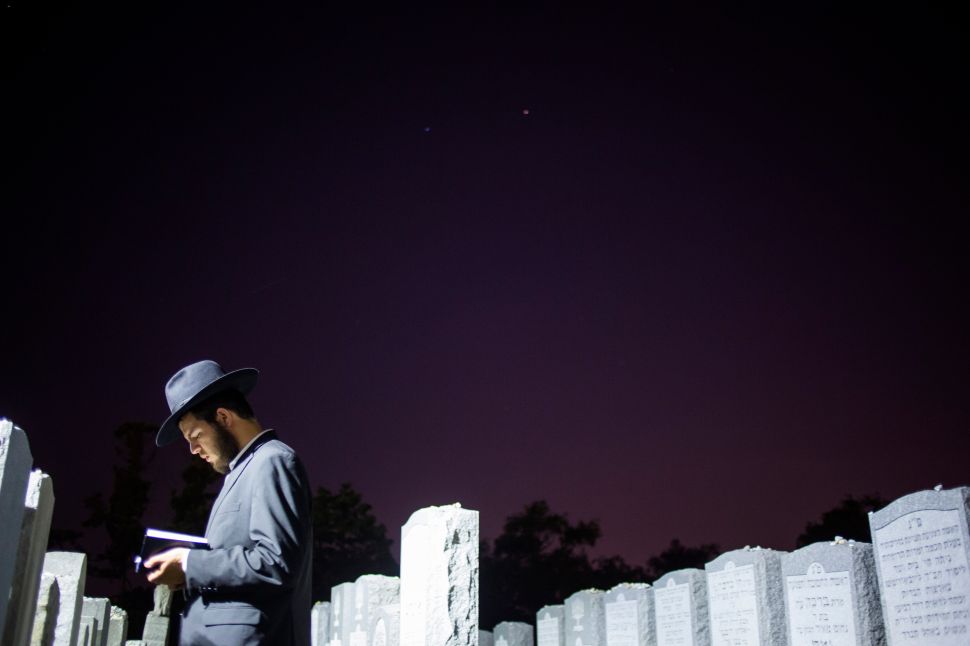