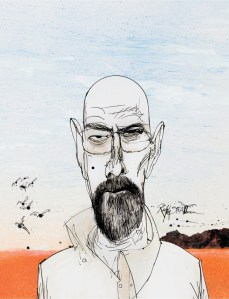 Ralph Steadman, the artist we all know from basically inventing gonzo journalism alongside Hunter S. Thompson (and who some of us know from illustrating the Observer’s 7/9 cover story, what what major street cred), teamed up with showrunning god Vince Gilligan to design limited edition steelbooks for the Blu-Ray release of Breaking Bad. Each season got its own design, featuring a major character in Mr. Steadman’s image.

“I watched the Breaking Bad whole series in two weeks and now suffer withdrawal symptoms,” Steadman said. “At first, I thought ‘this series is going to be all about death and desecration,’ but instead became a more complex landscape of human relationships. I hope I put something of these feelings into the portraits that I made of the characters, which were landscapes in themselves. An irony in the subject of crystal meth is how beautifully it resembles the desert sky.”

Wow, way to make me feel like we’re kindred spirits by talking about binge-watching and then launch into some artistic musing that I wouldn’t notice in 1000 years. Anyway, check out the rest of the covers at Esquire. Yes, they are all exactly, if not more badass then you are already picturing in your head. 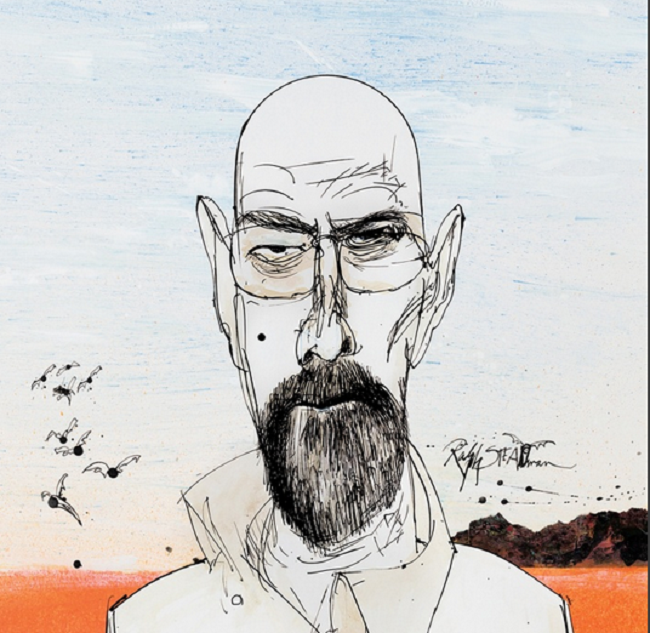