In 2007, Disney pulled a reverse-Sandy when Ratatouille took rodents from nasty gals to Sandra D.s. Kids of all ages flocked to the cinema, and everyone fell in love with Remy, the vermin foodie of France. Everyone but New Yorkers that is, because no matter how cute rats may seem on film, we actually have to live side by side with them.

Sharp pointers. Gritty whiskers. Eyes that stare into your soul. Someone must have been looking at a rat when they coined the term, “literally the worst.” And in the city, they’re everywhere. Because we’ve made the five boroughs one huge garbage dump, they feed off our bad habits. It’s karma at its finest—the more we litter, the more rats slink around subway tracks. The good news is that, although we have this parasitic relationship with the metropolis’ grossest population, they and their friends haven’t been eating at our rotting bodies. Until now.

According to scientists (and Daily Intelligencer), rat mites are here. We should take this as a sign of the impending apocalypse.

Rat mites are like bed bugs but even more terrifying because they live on rats. If you’re not cringing yet, you should be, because these critters are basically Draculas without the sex appeal. Though they prefer the sweet taste of rodent blood, they’ll settle to suck on you. We’re not talking a tempting tease on the nape; instead, think red, blotchy marks along your exposed skin, like your sad, prepubescent self.

But this is even worse than middle school, because middle school ends. Rat mites will haunt our lives as long as New York City has a trash problem. In a hypothetical world where the mites won’t affect you, this is a great horror story for late-night bonfires. But you might not want to joke around this time because if you’ve ever been several hundred feet or less from an infected rat, then you too may be a victim of rat mites.

Also, don’t think you’re safe just because you’re a neat freak. A report from 2005 explains that 15 employees at a MEDICAL CENTER were privy to rat mites in 2001. If a sanitized hospital can play host to all those bites, so can your Swiffer-ed apartment.

Time to hide under the covers and hope that your bed isn’t infested. Fingers crossed. 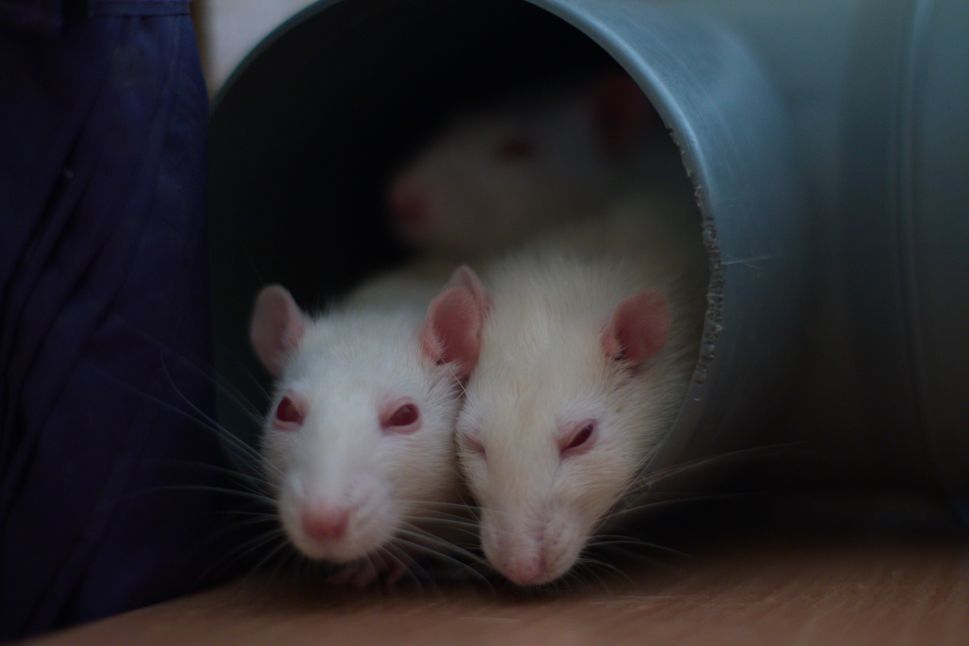