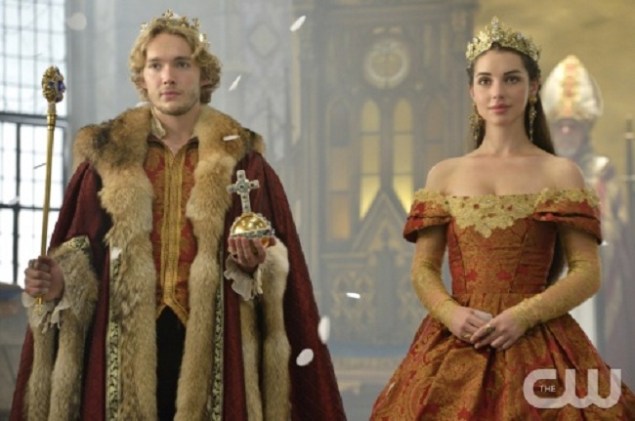 It’s not an episode of Reign unless there’s a conflict between Mary’s youthful but naive idealism and Catherine’s cynical but pragmatic politicking. “Coronation” gets this out of the way pretty early with Catherine and Mary sniping over the extravagant cost of Francis and Mary’s coronation ceremony despite the fact that “the realm” is reeling financially from its post-24-hour plague famine. The threat of starvation seems more imminent due to the fact that Lord Narcisse is withholding grain shipments because he’s still salty over Mary’s loose cannon cop style execution over the son he must have fathered when he was like, 9. If there’s anything the audience of a CW teen drama loves, it’s a Phantom Menace-style plotline over trade sanctions.

On one hand, it’s admirable that Mary is so headstrong and principled. She’s the kind of ruler you want in your corner when some noble is trying to starve you over a grudge, even if most of her decisions result in an immediate omnishambles. However, sadly, of the two women, only one of them ended up dying in old age, of natural causes and with her head still attached. Spoiler: It ain’t Mary.

Anyway, the usual ideological sparring between Mary and Catherine is overshadowed by Catherine’s interplay with Lord Narcisse, mainly due to the fact that Craig Parker’s acting chops are more on par with the always incandescent Megan Follows. Also, Parker raises the bar in scenery chewing just by the way he sashays out of frame while wearing leather pants.

In supernatural news, we’re treated to a Renaissance retelling of the underappreciated Bill Cosby vehicle Ghost Dad, as Francis struggles to make sense of his dad’s spirit ominously inhabiting his son’s nanny’s body. Naturally, he’s got Bash, his best ghost cop on the case and he gets to have a face-to-face with his pops from beyond the grave.However, firing the nanny for being possessed seems like some crappy victim-blaming. If the 16th century had a Department of Labor, it would have been all over that wrongful termination.

Speaking of Bash, so far, this season has been a race to redefine his character as quickly as possible, growing into his role as “King’s Deputy” i.e. Court’s resident Lenny Briscoe. Surely, the move to develop Bash beyond the forlorn side of a doomed love triangle is admirable. Plus, anyone who has seen Torrance Coombs on The Tudors knows that the last time his character cuckolded a king didn’t end well. However, the effort to redirect the character was kind of lost in a snoozer of a B-storyline this week, which is a shame considering that he’s one half of the show’s most smolderingly sexy couple and all the darkly lit canopy bed sex screen time goes to Mary and Francis in their repeated attempts to produce that elusive male heir. Well, a legitimate male heir.

As for heirs, Lola’s love child was gifted a chateau while Bash and Kenna are currently homeless due to losing their home in plague fires. Despite being on the king’s trusted counsel, Bash can’t find a chateau within a few days’ ride. Real estate! Commute times! All the hot issues today’s teens can’t get enough of! Anyway, Bash and Kenna’s considerable screen presence was tied up in a non-starter of a plotline about a baron and a murder investigation and bribery and ZZZZZZzzzzz….It was enough to make me wish for the return of Greer’s beleaguered love trapezoid with Leith and Castleroy. Anyway, now that Megan Boone has grown her hair out to a length that The Blacklist show runners have deemed acceptable, it’s probably better to lay off the Greer screen time since she is sporting one of the most egregious wigs on TV.

As for the episodes’ main conflict, things bubble to a head when a farmer is killed trying to pull a Jean Valjean and steal bread to feed his family. Narcisse is holding up the shipment of grain and pushing Mary to her breaking point when a German noble swoops in and offers to trade his nation’s grain in return for the release of Protestant political prisoners locked up under Henry’s reign. This would be all well and good, but Francis is concerned that an alliance between Catholic France and Protestant Germany will further alienate the French nobility. Another thing teens can’t get enough of is, tensions between Catholics and Protestants in the 16th century. There are actually emojis for this.

Plus, Lord Conde also planned to use the prisoners as a bargaining chip to get his lady love freed from German custody after getting captured en route to Amsterdam. Anyway, Conde uses his consort with the different colored eyes to bang her way into having the prisoners handed back to Mary. Plus, he practically impregnanted Mary with his eyes after acquiescing to her demands.  I know he sacrificed being reunited with his paramour to feed his nation, and I’m not one to object to moral ambiguity in a character, but are we supposed to like Conde?

On the sidelines, Catherine is working to secure her relevance on the chance that a legit male heir enters the picture and dancing on the line between grudging alliance and active rivalry with Lord Narcisse. Plus, Mary and Francis are officially crowned King and Queen of France with a soundtrack straight off The Coffee House station on Sirius XM. Congratulations, especially to King Francis. As history can tell us, it’s all smooth sailing from here, buddy. 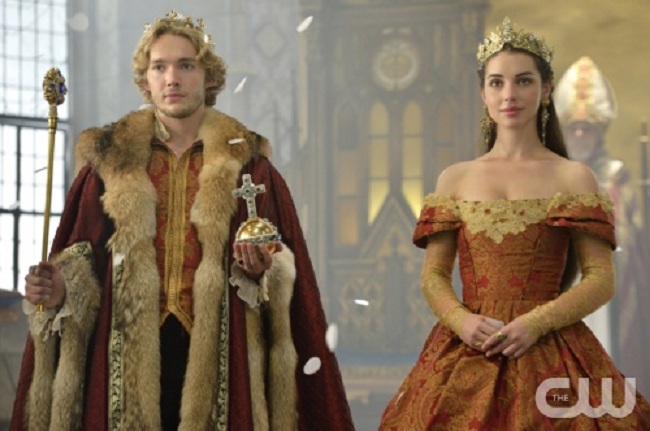