Almost 14 years ago, JoJo Monsanto moved from the Philippines to join her older sister in Manhattan at St. Joseph’s Immigrant Home for women in Hell’s Kitchen. She came to the States to help provide for her family back home, and would have never thought that the place where she found refuge would one day take her to housing court.

St. Joseph’s, a single-room-occupancy (SRO) residence which is owned by the Daughters of Mary of the Immaculate Conception, in New Britain, Conn., which is part of the Catholic Charities of the Archdiocese of New York, was then run by Sister Celine, and has offered affordable housing to immigrants for over 75 years. Ms. Monsanto, 52, had an in thanks to her sibling. “It was based on trust,” she recalled.

But both financially-strapped sisters were delivered an unexpected blow by the administration this past February, when administrator Nancy Clifford, who now manages St. Joseph’s, announced a $150 rent increase for all 70 tenants. Previous increases imposed by Ms. Clifford were five percent. When tenants objected, Ms. Clifford informed them the money was needed for building repairs and improvement.

Located at 425 West 44th Street, St. Joseph’s is a five-story, 80-unit building. Ms. Monsanto’s small room was initially $300 per month. Residents share a communal kitchen and a bathroom, usually with three other women. Previously, rent increases were carefully explained by Sister Celine and capped at $20. “She had more compassion, probably because she was a nun,” Ms. Monsanto said.

Ms. Monsanto’s rent has now crept up to $542.65 for her slightly bigger room. Rent ranges from under $400 for longtime residents, who are mostly working-class immigrants and senior citizens, to $800 for new tenants, who are students, and, according to tenants, must be under 40 and pay a broker fee and a two-month deposit. A room refrigerator is extra, and air conditioning is $35 per month.

Ms. Monsanto, an administrative worker, sends money home to her brother, who is sick, unemployed and has seven children. Her sister, Minda Monsanto, 63, is a private chef, and on a strict budget. “I’m the eldest in my family,” Minda said. “I’m the breadwinner.” Her rent is $361, with most of her paycheck covering injections for her brother and education expenses for his children.

And while rent increases in rent-regulated buildings, which include all SROs, are capped at small annual increases set by the Rent Guidelines, St. Joseph’s nonprofit status means tenants are not protected by the guidelines and percentage rent increases. Leaving tenants, most of whom cannot afford the increase, with little recourse but to reach out to local politicians for help.

On February 28, Assembly member Richard Gottfried wrote a letter to Mother Superior Mary Jennifer Carroll of the church, in support of the tenants, who live in his 75th Assembly District. He urged her to not move forward with the 50 percent rent increase. “The mission of the Daughters’ sponsoring organization, Catholic Charities, stresses ‘uphold[ing] the dignity of each person’ toward the building of a more ‘compassionate and just society,’” he said. “The preservation of affordable housing is essential to that goal.”

There was no response, and in mid-April, tenants received written notice of the rent increase, effective June 1. Several tenants formed a group in protest, and asked housing advocacy organizations, local political officials and Community Board 4 for assistance. On June 1, many tenants paid their old rent, and their checks were returned mid-June. These tenants have continued to pay rent each month, with the increase in escrow.

As a result of not paying the increase, tenants received a termination of tenancy notice on July 1 or August 1, with 30 days to vacate. On July 9, a contentious meeting was held between administration, elected officials, representatives and tenants, resulting in a stalemate.

On September 22, St. Joseph’s brought 27 women to court for individual holdover cases, since they did not leave. Representatives from four local officials accompanied the women in the courtroom, as Andrew Wagner, St. Joseph’s lawyer, Rosen Livingston & Cholst LLP, hustled from room to room. Each case has been adjourned adjourned until November 3.

The Monsanto sisters are not alone in their struggle to meet the increase. Jane Rodriguez, 58, from the Philippines, has lived at St. Joseph’s for 22 years. The hospital medical technologist’s rent is $670. “It’s outrageous,” she said. “We’re helping out family. We have loans to pay.”

Ms. Rodriguez said the majority of tenants are Catholic. During the July meeting, when tenants expressed discontent at the lack of negotiation, “Mother Superior told us, ‘There’s the door, you can go,’” Ms. Rodriguez said. “It hurts.”

A younger tenant, Rachel Wunder, 21, is a dancer, from New Jersey. Her rent was raised from $577 to $727. The three-year resident works retail part-time and cannot afford the increase. “It’s been a really frustrating fight,” she said. “How can they not understand this is wrong?”

In a statement via email, Ms. Clifford justified rent increases for operative revenue, and said case managers from Catholic Charities will work with tenants to confirm incomes. “Recent unavoidable expenditures for major essential building repairs such as window replacement, roof repair and asbestos abatement have required further rent increases in 2014,” she said.

Interviews with St. Joseph’s and Catholic Charities were denied.

Meanwhile, tenants have noted new furniture in hallways, new mailboxes, security cameras and dining room renovations. And on September 23, tenants were informed 43 of the sprinklers in the building would be removed and replaced in a few days, though as of October 1, St. Joseph’s had not applied for the DOB permit needed to do the work.

“They give us a roundabout number, and say something obscure like it’s the boiler, or fire escape or balconies,” said Kayla Rivera, tenant organizer with SRO Law Project, Goddard Riverside Community Center.

“It’s been really hard to prove the loan,” said Betsy Eichel, tenant organizer, Housing Conservation Coordinators. She searched city records, recounting that the “most recent document there was in 2002.”

Councilmember Corey Johnson called Monsignor Kevin Sullivan, executive director of Catholic Charities, of the Archdiocese of New York, to find the rationale behind the increase and to request a reduction. “I’m not aware of what they’ve spent their money on, but fiscal irresponsibility should not be passed on to the backs of the tenants,” he said.

Assembly member Gottfried spoke with Mr. Sullivan before the court date, and they decided to work together on the case post-adjournment. “Sullivan agreed that a 50 percent increase was pretty hefty for a tenant to deal with,” Mr. Gottfried said. “This is a situation, where having other people at the table may help a lot to resolve things.”

Mr. Gottfried wants an agreement that will protect tenants long-term. “Because of this case, and several others we’ve worked on in recent years, I will be drafting legislation to repeal the exemption from the rent laws that nonprofit institutions now have,” he said.

Mr. Gottfried’s future legislation bodes well for tenants. For now, however, the residents of St. Joseph’s must wait to see where home is. 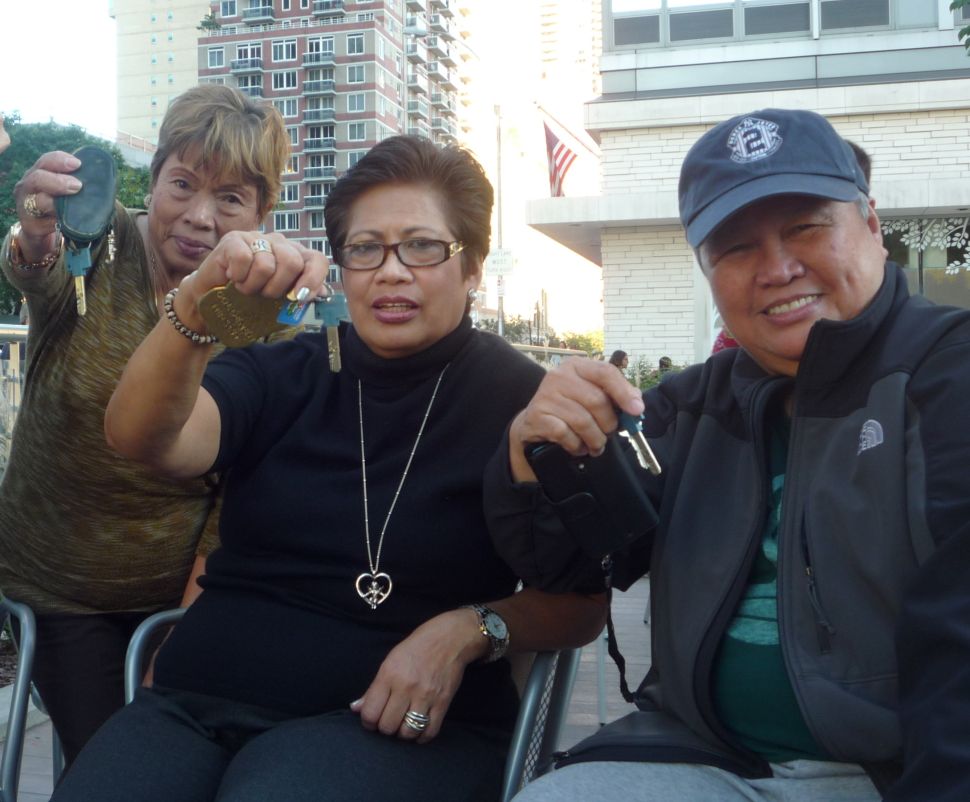