On a recent Sunday, I was having family dinner as Italians are wont to do, when the talk to turned to Ebola. Somehow, this led to my mother saying, dead serious, “well Vinnie works in New York. If anybody here is going to get Ebola it’s him.” Which, at the time, L-O-L no big deal.

Until every sneeze and cough and brief skin contact encountered on the subway was automatically converted in my mind to instant and certain death.

Because as much as people tell us there’s nothing to worry about and it isn’t a crisis, Ebola is scary dude. Go on Twitter. Turn on the news. Hell, walk down 8th Ave. and there’s at least one person talking/shitting their pants over it, and likely more than one person making it sound like you yes you will absolutely be catching Ebola. What we as a people need right now is reassurance. What we don’t need is someone to not only fan the flames of nervousness, but put the flames next to a jet engine and broadcast it live across the nation.

The Hollywood Reporter noted yesterday that Scott, along with producer Lynda Obst, are attempting to bring the horrifying pathogen to our small screens with a limited series based on a 1994 non-fiction book by Richard Preston. In case you were wondering, the thriller is called The Hot Zone: A Terrifying True Story. You know, just in case you weren’t aware you should be terrified.

“I think it’s the speed with which it kills that makes the disease so frightening,” Obst told THR. “People hoped it would stay in some remote part of the world. But that’s a fantasy in the modern world. The modern world makes us one big connected family.”

Yes, yes, it’s how fast this disease kills you that interested us, the producer says with hands like this as her eyes literally become dollar signs.

Because, as you see, Scott and Obst optioned this project over two decades ago as a feature film, when Hot Zone was first published. The original plans fell through when script disputes and the high price tags of Robert Redford and Jodie Foster got in the way. Apparently, Scott and Obst have been quietly putting this bad boy back together for a year now, but now that folks are all good and riled up (see: terrified), now’s the time to bring it to light. Because if it’s one thing Hollywood loves, it’s exploiting a good old fashioned public crisis for $$$$. THR reports that once “the disease’s latest twist” gets added to the original script, they will begin shopping it around to networks again. Oh, that wacky disease and its twists.

I just, I don’t know man. I know people who were scared of getting a cold because they watched The Walking Dead. I know people who stopped watching The Strain, the one with people growing suckers that pop out of their necks, because the science behind the disease outbreak was too realistic. So as we huddle in our homes and endure the bombardment of Ebola coverage across television and print news networks everywhere, can we at least have the option to turn to fictional programming that isn’t also shoving it in our faces? If Ridley Scott desperately needs to make a TV show about an horrible insidious disease that crept it’s way into US culture, can’t he just make one about Prometheus? 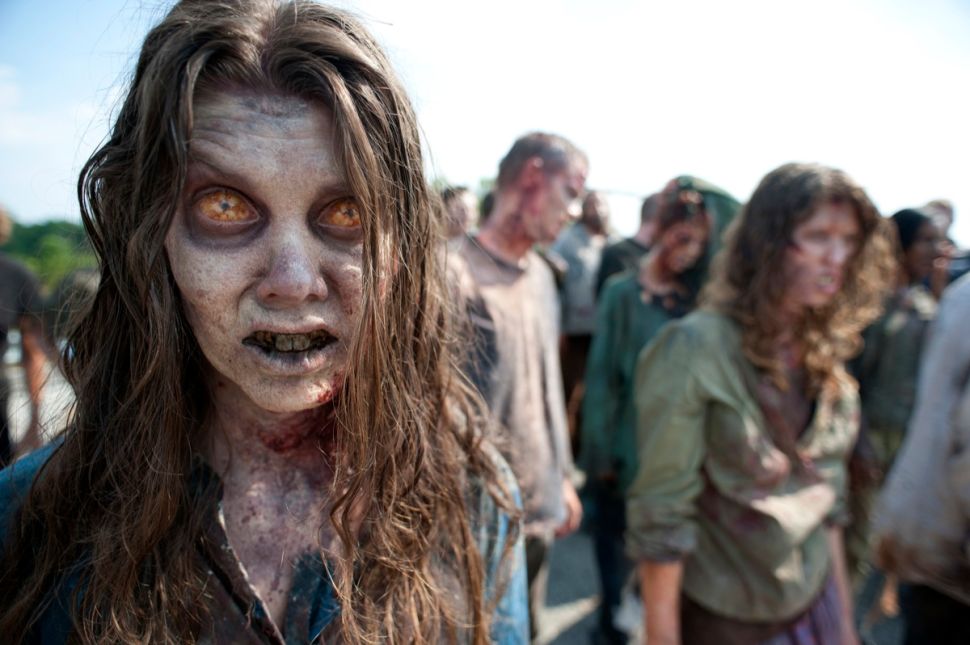