From different perspectives on the same concern, the both of us – a political party leader and an elected public official who are usually on opposite sides of issues and from very different parts of Brooklyn – are writing to share our worries about a growing national trend impacting fair access to a prominent part of our civic landscape.

The issue of restricted ticketing for sporting events and concerts causes worries across the political spectrum. Progressives, conservatives, and libertarians share concerns on this, as do advocates for communities and families struggling financially, and those who argue for sensible development policies. Of course, fans care deeply about this also.

Though fans ourselves, our concerns are more about policy.

Restricted ticketing is a way for artists, sports teams, promoters, venues, and ticket issuers to eliminate or reduce ticket purchasers’ rights after the intitial purchase in order to gain greater control of profits in ticket sales and transfers. This effort, and how it’s done, poses significant problems.

Under a restricted ticketing scheme, when tickets for an event are purchased, those tickets are tied directly to the purchasers’ credit card.  Buyers must have and show that same credit card with a photo ID to get inside the event. In effect, these tickets become non-transferable.

For those without their own credit cards, restricted ticketing poses an almost insurmountable hurdle. This dramatically impacts communities of color and immigrant communities, which, for many complicated reasons, are underserved by banks and credit card companies. Taking your kids to a baseball game, basketball game, or concert shouldn’t depend on your access to credit or legal status.

Restricted ticketing gives ticket issuers the power to prevent anyone from transferring a ticket at all – including gifting tickets to fundraisers for schools and nonprofits – a popular and important component of development efforts.  Whether in a public school PTA fundraiser, independent school auction, Catholic school benefit, or yeshiva dinner – all of our children in all of our schools depend on gifted tickets as a regular part of supplementing and enhancing school funding.

The construction of stadiums, convention centers, and event venues are almost always heavily subsidized with taxpayer dollars. It is grossly inappropriate for them to then turn away from our communities and schools in pursuit of greater profits on tickets that have already been sold once. Real life always comes up. In the event that a ticket holder’s plans change, a last-minute project at work comes up, or the kids are sick at home – or for whatever reason they are unable to make the game or concert – the ticket holder would be forced to eat the full cost of that purchase because, under restricted ticketing, these tickets are non-transferable and cannot be sold, donated, or even given away.

The ideological and legal underpinning of restricted ticketing is also faulty. Venues and teams and performers in support of restricted ticketing insist that a ticket provides nothing more than temporary revocable permission to be at a certain place at a certain time on a certain day and nothing more. This runs counter to the common-sense property right a person has in their ticket as a tangible and transferable thing. The intellectual gymnastics required to justify the argument that ticket holders have no rights invested in their purchase simply don’t hold up.

Recent publicity on this very issue generated when Yusuf Islam, formerly Cat Stevens, cancelled a scheduled New York show, over the price of tickets to his concert on the secondary market, writing on his website that “My fans will understand and I thank them for informing me about the extortionate tickets prices already being listed on some websites.” Mr. Islam has announced a replacement date “miles from nowhere” in Philadelphia, specifically citing New York’s law requiring the issuance of paper tickets in his cancellation.

Similar concerns, voiced by artists such as Tom Waits and Metallica, miss the point. While apprehension over fan access to concerts and sporting events is well-founded and appropriate, the answer is not restricted ticketing. Restricted ticketing discriminates, and is a form of government-sponsored corporate protection for venue developers and owners who already enjoy subsidies. 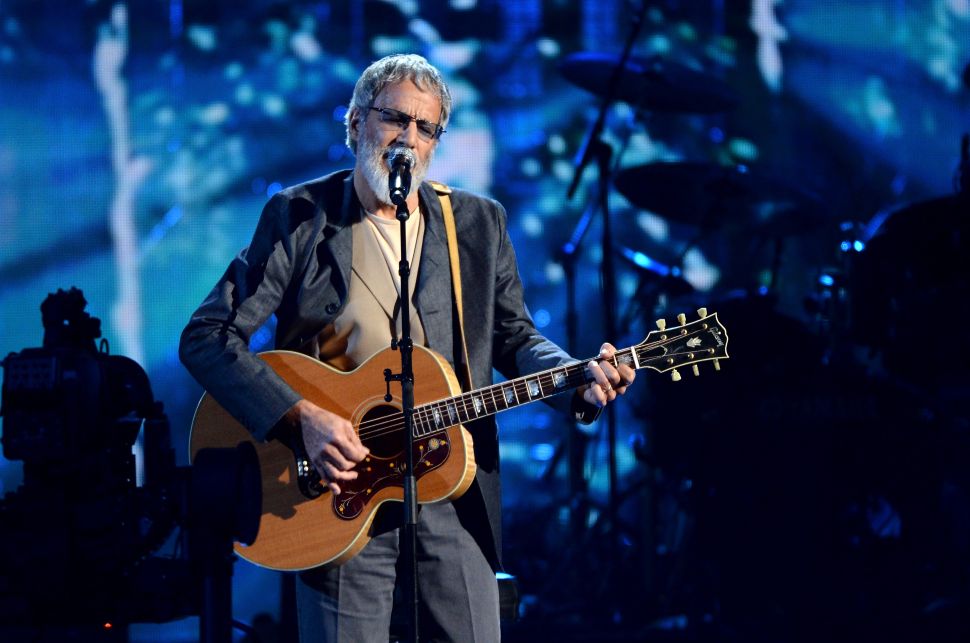