In February, 2009, Roger Cohen, the Jewish op-ed writer from The New York Times, visited Iran and became a shill for the regime. Claiming that the Jews in Iran are extremely well treated and are allowed to voice their honest opinions about every subject, including Israel, he added, “I’m a Jew and have seldom been treated with such consistent warmth as in Iran.” Perhaps this Jew never thought to himself that as a writer for one of the world’s most influential publications he was accorded slightly better treatment than the Jews who live there as prisoners. It did not much matter. It was later reported that Mr. Cohen, who paid an Iranian translator $150 a day to lead him, had all his coming and goings reported by the translator to the Iranian government, regardless.

In his shameful claim that the Iranian Jews regularly go out and protest against Israel out of choice rather than fear, Mr. Cohen was assailed by many influential voices in the US, including Jeffrey Goldberg of The Atlantic and Rafael Medoff of The Jerusalem Post, who accurately said that the Jews of Iran “are captives of the regime, and whatever they say is carefully calibrated not to get themselves into trouble.”

My father was born in Iran and I spent the High Holy Days speaking to the largest Iranian-Jewish orthodox congregation in the world, Nessah, in Los Angeles. When I described to the audience of more than 1500 that Mr. Cohen said that their relatives still trapped in Iran had freedom of expression, they laughed out loud. They could not believe that someone so gullible, naïve, and foolish could write for The New York Times.

Indeed, Mr. Cohen wrote his drivel just months before the bloodthirsty regime of Ahmadinejad started shooting its own people in the streets for protesting a stolen Presidential election including, famously, Neda Agha-Soltan, a 27-year-old woman who was shot in the heart by a government sniper.

Now Mr. Cohen, the Ahmadinejad toady, has written one of his regular diatribes against Israel in the Times, this one titled, “The Community of Expulsion,” a reference first to the Jews of the Holocaust and also to the Palestinians, a disgusting and untrue equivalency.

He begins his column by saying he listened to High Holy Day sermons “of great worthiness” in London, one of which argued that we must change the word “Lord” in the Bible “with its male overtones.”

I was puzzled that Mr. Cohen was offended by the absence of gender neutral language referencing God, all while he sat in a country whose raison d’être is that one family is born superior to every other citizen of Britain and its commonwealth, and enjoy royal status, the ultimate dismissal of the idea that all human beings are born equal. A silly idea that we Americans fought against and expelled more than two centuries ago.

Mr. Cohen then turns his attention to Israel.

“Every human instinct recoils from the killing of children… However framed, the death of a single child to an Israeli bullet seems to betoken some failure in the longed-for Jewish state…”

This is an extraordinary and revolting statement.

Countries that face existential annihilation, as did Britain against Hitler, have not just a right, but an obligation to fight back and defend their citizens. And the fault for the death of innocents that results from that self-defense lies squarely with the aggressor.

Let Mr. Cohen at least be consistent. If Israel is a failure for its fight against the Hamas murderers which resulted in the collateral and tragic losses of Palestinian children, then let Mr. Cohen at least call Winston Churchill and Franklin Roosevelt the single greatest failures of the 20th century because they killed tens of thousands of German kids.

In his foolishness Mr. Cohen believes that Israel is somehow divine, possessed of an omnipotence that is capable of fighting urban wars against a genocidal enemy embedded in schools and hospitals without harming a single child.

That is impossible. Expecting Israel not to fight Hamas for fear of Palestinian children which the terrorists use as human shields is asking Israel to die.

And if that offends your moral sensibilities, so be it. We’d rather be alive and invite your censure than be dead and receive laudatory obituaries in The New York Times.

But not content to blame Israel for the dead Palestinian children that are absolutely the fault of the Hamas terrorists, Mr. Cohen saves his final insult for last. And it’s an insult against the six million dead of the Holocaust.

For Mr. Cohen actually has the temerity to call both the victims of Hitler and the Palestinians of Gaza “the community of expulsion.” Both were “driven out of lands but without a land to go to.”

This is a shocking and foul comparison. The Jews of Germany did nothing to Hitler or the Germans. To the contrary, they were loyal citizens of Germany and fought courageously for the Kaiser. They were scapegoated by a racist, totalitarian and genocidal ideology that first stole their property, then deported them to disease-infested ghettos only to end up in the crematoria.

The Palestinians, by contrast, were offered a state of their own, living in peace alongside the Jews, first by the Peel commission of 1936 and then by the United Nations partition plan of 1947. Both times decided in favor of trying to push the Jews into the sea. Even after Israel won an astounding military victory in 1967, it immediately offered all the captured territory back to the Arabs in return for peace. The response was the famous three “No’s” of Khartoum: No peace. No negotiations. No recognition.

That Mr. Cohen can compare the innocent victims of the Holocaust to the Palestinians of Gaza who freely elected Hamas to be their government – with its charter calling for the murder of Jews wherever they are to be found – is not just an affront to the memory of the six million and a trivialization of genocide. It is proof that Mr. Cohen has no moral compass.

In the final analysis Roger Cohen’s argument demonstrates that just about anyone can get a column in The New York Times.

Rabbi Shmuley Boteach, “America’s Rabbi,” is founder of This World: The Values Network. The author of 30 books, he has just published Kosher Lust: Love is Not the Answer. Follow him on Twitter @RabbiShmuley. 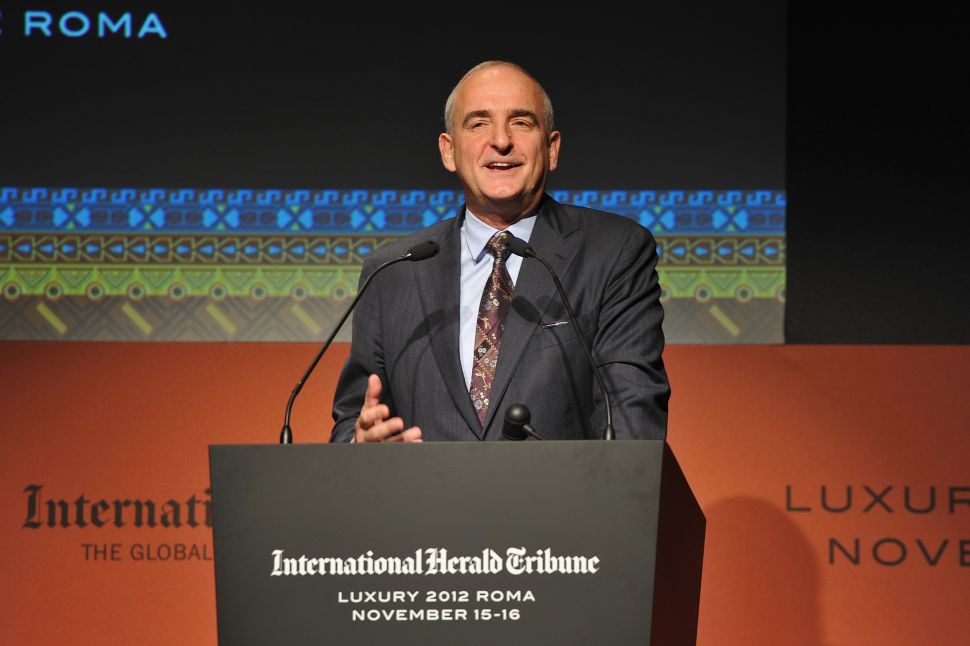