This Fall’s slate has been filled with much, much more misses than hits. Sure there’s been a few shows that are intriguing or just plain good. Nothing Shonda Rhimes produces is ever going to be straight up bad, and I’m completely biased in my support for Gotham because fuck yeah Batman. But we still haven’t seen a new show that gives off that sweep-the-nation, countless internet forum theories, PHENOMENON vibe yet. And I don’t want to get too far ahead of myself, but Showtime’s The Affair has the best shot yet.

Let’s ignore the fact that the mighty shadow of Gone Girl is currently cast over every piece of pop culture and online think-piece right now. Because yes, The Affair has Gone Girl-esque nuances, what with the unreliable narrators and the themes of male vs female privilege and whatnot. But let’s take it as it is, as a new television show on Showtime among a whole slew of underwhelming new television shows currently premiering.

On the surface, watching a show strictly about a man describing an affair with an attractive waitress is about as exciting as, well, actually listening to a man describe an affair with a waitress IRL. Oh, this handsome teacher with his first published novel and beautiful wife is unsatisfied. Whatever, dude. And for the first half-hour of so, that’s exactly what The Affair is. Here’s the basics: you have Noah Solloway, New York school teacher and author, who meets Montauk waitress Alison. Yada, yada, yada extra-marital affair.

And then, boom bam, this happens. 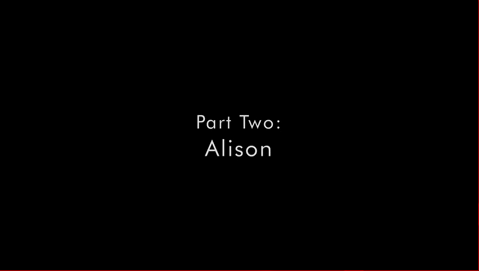 The perspective switches to the female-perspective of how this whole affair started, much like…fine, much like Gone Girl. Where Noah heroically saves his daughter from choking in his account, Alison’s perspective has her administering the back blow that dislodges the errant piece of food. In Noah’s portion, Alison is a sundress-wearing, constantly fuck-me-staring flirt who invites him back to see her outdoor shower after two minutes of conversation. In the second half, Alison is a tragic figure mourning the loss of her recently deceased four-year old son, who is wary of this visitor who asks to walk her home.

And the thing is, Alison’s perspective is so much more believable. Noah’s memory is basically that Cinemax porn that comes on after 11:30, where two people bump into each other in a supermarket and five minutes later they’re fucking in the freezer aisle. Simply put, it’s male fantasy. Noah is constantly the hero — he alone keeps his daughter from choking, he has to be stopped from intervening with Alison and her husband Cole’s seemingly non-consensual sex — and all the while he accepts that of course this young attractive waitress would be interested in him. Speaking as a male, that is not real life. Real life is messy, and sort of always sucks. If you face something as tragic as the loss of a family member, it’s going to affect you like it affects Alison. She is shaken up by seeing Noah’s daughter choking. She is put off by Noah’s awkward forwardness and kiss on the cheek goodnight (at least in her version of the story she is.)

Taken just as two different versions of the one story, The Affair would be intriguing, but the show adds a third layer to all this. The only reason Noah and Alison are even remembering how the affair happened is they are both in separate police interviews that verge on interrogations, à la True Detective. Unlike True Detective, the police investigation portion doesn’t interrupt the main story, but instead bleed into it as voice overs, which serves to highlight the unreliable aspect of what we are seeing. What is the police investigation all about? The pilot episode doesn’t say, which thank God because it makes this show about what should be uninteresting and makes it must see going into the show’s second week. Finally, I can say that about something.

Although, I do have some issues because of course I do. First, The Affair is the latest show in a long list of shows that make the case for never ever never having kids ever. Why are children so consistently awful towards themselves and their parents on today’s TV? In an early awkward hiccup for the show, Noah’s son plays a prank on him by pretending to hang himself. Like he constructs a rig and pulley system and everything. Upon Noah get upset over this, the son says “I thought you’d be proud of me.” I mean I get that we need to understand why Noah would have an affair in the first place but jeeeeeez, kid.

Speaking of awful, the people outside the main character’s immediate family that are bad people are cartoonishly bad. Noah’s father-in-law is ugh inlaws dialed up to 5,000 (he’s also Carmine Falcone from Gotham, which might explain why he’s such a dick.) He’s a super rich succesful author with a mansion in Montauk, who isn’t above sipping wine and gloating that he paid for Noah’s house. Noticing that Noah is drinking a common beer: “Must have been left behind by one of the Mexicans.”

And the people in Alison’s life? Let’s just take this snippet of dialogue — it’s the owner of the diner where Alison works, speaking on his memories of a 16-year-old Alison: “I thought to myself, ‘If I could just stick my dick in that girl one time before I turn 18…And I did. The end. God, I love that story.”

Then again, who ever said a show called The Affair was going to be subtle? 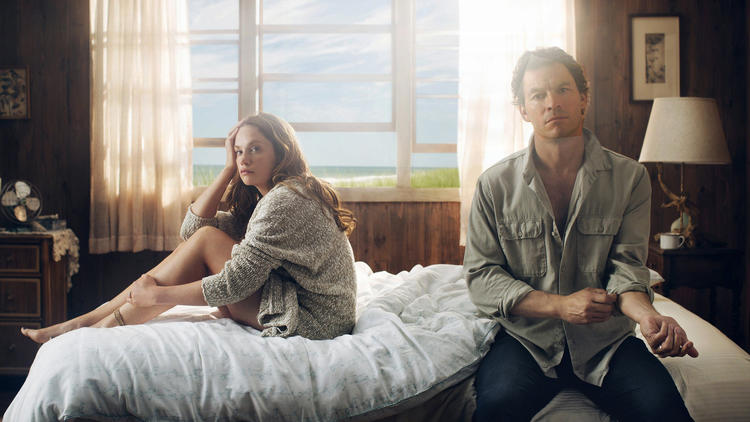 Filed Under: TV, Showtime, The Affair, ,