If you’re planning on getting the new iPad soon, don’t get rid of that laptop just yet! Apparently, old computers can be used to fend off bears that are trying to eat you.

A Siberian man survived a potentially fatal attack when he disoriented a charging bear by throwing an old computer at it.

The unidentified man was walking through a dump in the Tomsk Region on Saturday when a hungry bear came charging toward him. The man picked up a nearby computer and threw it at the bear. This confused the bear, and the two simultaneously ran in opposite directions, according to The Moscow Times.

“The villager hardly suffered, but he injured his hand when throwing the device at the bear,” local ranger Sergei Yelnikov reportedly said.

This isn’t the first time technology has come to the rescue in a bear attack. Last July, a man was being mauled by a bear when the cell phone in his pocket turned on. The noise scared off the bear, and the man survived despite suffering a bite to the head, according to The Moscow Times.

These are good alternate uses for technology, but have these people heard of bear spray? 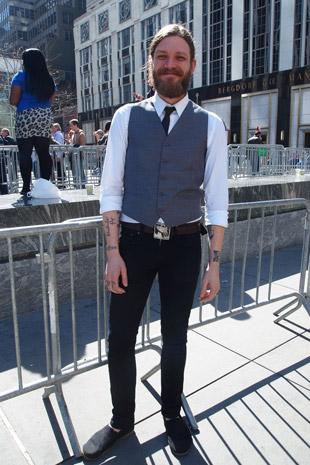