Against the backdrop of a controversial debate on the subject, a Democratic lawmaker tomorrow plans to drop legislation that would alter and empower the role of the lieutenant governor in the State of New Jersey.

Flying in the face of a seeming counter effort by the GOP seeking to empower the 2016 presidential-office seeking Gov. Chris Christie and minimize the powers of the office of LG, Singleton would…

1) Allow the LG to cast the deciding vote when a tie vote occurs in the Senate;

2) change the replacement procedure if there is a vacancy in the LG position. Makes it consistent to the Legislature’s process. The state committee of the LG’s political party would select the replacement and not solely the Governor;

3) the LG would be appointed Chair of the Rutgers Board of Governors;

4) the LG would be the chair of the NJ Economic Development Authority;

5) the LG and the governor would be subject to the conflicts of interest law. Currently the governor issues executive orders concerning conflicts and disclosures of the office;

6) designates an office budget for the LG not to exceed 5% of the amount allocated to the Gov for operation and management;

7) allows the LG to use any official executive residence not being used by the governor for that purpose.

Singleton’s legislation lands at a time when the state political classes are still shaking off the after effects of a column penned by former Assemblywoman Joan Quigley (D-32) on the LG question, prompted by legislation proposed by Assemblyman Declan O’Scanlon (R-13).

O’Scanlon wants to enable the governor to retain control of the State of New Jersey while traveling out of state.

For his part, the Burlington-based Singleton is often identified within his own party as a potential pick for LG in 2017.

Last week Singleton said he is personally not focused on that job for himself. 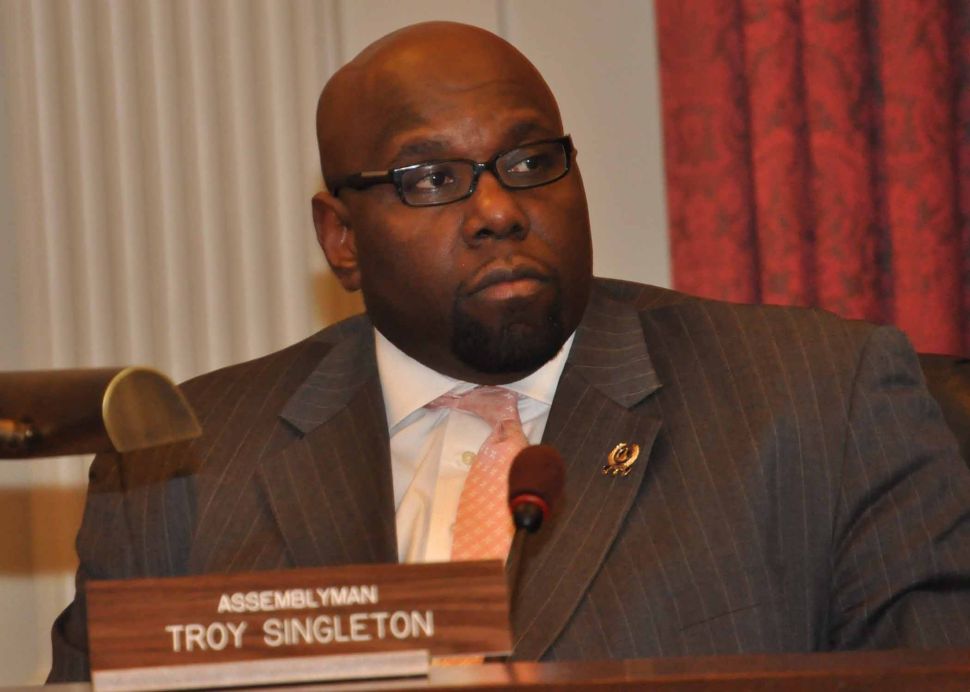