Goodfella’s, the Staten Island pizza joint where Mayor Bill de Blasio ate his slice with a knife and fork, has reopened after a weeklong closure due to health violations.

According to DNAinfo, Health Department inspectors tallied 53 violations during an inspection last Wednesday. Among these were three critical violations: evidence that there were mice present in the restaurant, not having a vermin-proof space and keeping food at the wrong temperatures.

The Staten Island Advance reported that Goodfella’s failed a second inspection last Friday as well- not only were mice still present, but flies had been added to the menu.

Owner Sam Cosentino chalked up the violations to the fact that the restaurant was tearing out its old brick ovens and installing new ones last week; this made the restaurant more susceptible to pests and variable temperatures. But now that the construction is over, so are the health issues.

“We’re open now, everything’s perfect and we have an ‘A’ grade,” owner Sam Cosentino told DNAinfo.

Mr. de Blasio, if you want to atone for your sins, now’s your chance. 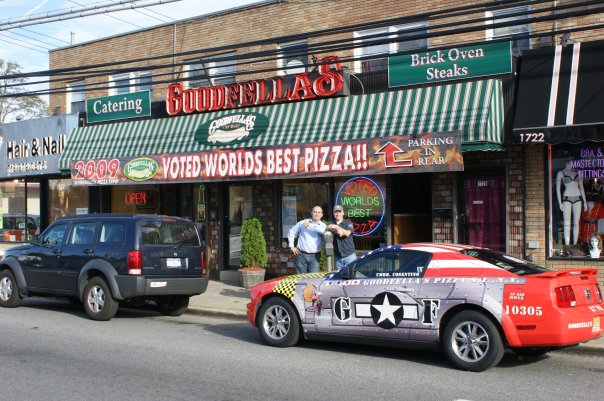