Former 1199 SEIU political coordinator Dell Smitherman, who lost a Democratic primary to indicted Brooklyn State Senator John Sampson last month, told the Observer that he plans to campaign for the seat again if the incumbent is convicted on any of the array of corruption charges he currently faces–even if it means running on the Working Families Party line.

Mr. Smitherman, who drew just shy of 30 percent of the vote against the 17-year incumbent, said he would make another bid for the office if Mr. Sampson is forced to step down due to a court decision against him on the various embezzlement, perjury and financial malfeasance charges he faces. Such a ruling could prompt Gov. Andrew Cuomo–a Smitherman supporter–to call a special election.

“I’m committed to running for the seat again,” Mr. Smitherman said to the Observer over the weekend.

In special elections for statewide offices, the selection of the party’s replacement candidate falls upon the local county committee members, who are usually citizens loyal to the Democratic establishment. Mr. Smitherman said immediately after his loss, he met with Brooklyn Democrat Party Chairman Frank Seddio–who he and Mr. Sampson both credit with the incumbent’s victory.

“I’m hopeful I will be the one picked,” Mr. Smitherman said, noting that he is a former member of Mr. Seddio’s Thomas Jefferson Democratic Club.

Such a selection would appear unlikely, however. Mr. Seddio’s operation has been battling 1199 SEIU and its affiliates, the Working Families Party and the City Council’s Progressive Caucus, for control of seats across the borough.

Mr. Smitherman said he was prepared to campaign on the WFP line should Mr. Seddio and his allies on the county committee choose another contender. Sources suggested Mr. Seddio might run for the seat himself, or choose former Councilman Lew Fidler–who has had some well-documented health issues–to run to represent the diverse district, which covers largely black Brownsville, heavily Caribbean-American Canarsie and the predominantly Russian-Jewish enclave of Sheepshead Bay.

The Brooklyn Democratic boss told the Observer last month, however, that he believed Mr. Sampson would be found not guilty–which his team seemed to reiterate today.

“Frank believes that John Sampson will not only win a ninth term, but a 10th term as well,” said spokesman George Arzt.

Mr. Arzt said that the Democratic leader spoke with all of the losing candidates after the primary, not just Mr. Smitherman.

Mr. Sampson being convicted and Mr. Seddio’s backing aren’t the only factors at play in Mr. Smitherman’s hopes to try again for the seat: even in cases of convictions in the past, Mr. Cuomo has been not moved to call for special elections to fill vacancies. 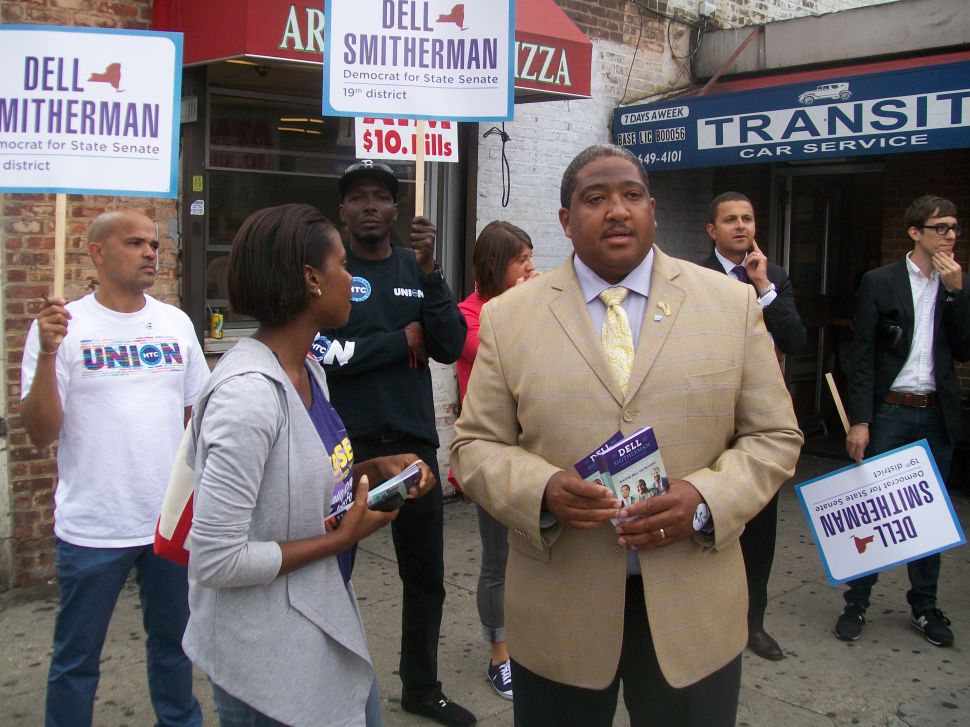