When five-term Somerset County freeholder Robert Zaborowski announced he’d be stepping down from his position earlier this year, county Republicans, seizing on an opportunity to strengthen the board, immediately set out to find a replacement for the November ticket. They settled on Franklin Mayor Brian Levine, a popular liberal conservative in a Democratic-leaning township who ran once for governor in 2009 and for state senate in 2013.

The standard narrative offered by the Republican leadership in the county, both for Zaborowski’s resignation and for the selection of Levine as his replacement, was apolitical: Zaborowski was taking a job a Raritan Valley Community College as a construction project manager; Levine was popular among pols, both Democrat and Republican, in the county; he was also the only one to apply for screening.

Both Levine and Zaborowski, moreover, were from Franklin — the county’s largest township, with approximately 50,000 residents.

“It wasn’t something that I had thought about or planned but when the spot opened up I began to consider it,” Levine told PolitickerNJ. “I thought I’d done enough as mayor — why not try to help countywide?”

A Franklin-for-Franklin swap in a county undergoing some demographic changes made the benefits of having Levine on the ticket obvious, noted Monmouth University pollster Patrick Murray. With a solid reputation and a record of support in Franklin, Levine could offer the Republican ticket some security this year while also strengthening it in years to come, when Republicans might face an even stronger Democtratic challenge.

“I know that the issues that they’re worried about is … that Somerset County is becoming a little more Democratic,” Patrick Murray, director of the Monmouth University Polling Institute, said. “Brian Levine has a known track record of winning that town. So that’s what they’re looking for — somebody they feel they can get out the vote in a place like Franklin and overcome the growing Democratic vote as they go forward.”

But there was another reason for Levine’s selection, and it had to do with the success of the Republicans’ ticket in an election season where the ballot is headlined by Cory Booker and Jeff Bell, a popular Democratic U.S. Senator and his lesser-known conservative challenger, respectively. Somerset Republicans, one source said, were worried about what sort of effect the Booker-Bell race might have on voter turnout in the county — either a positive impact on registered Democrats or a negative impact on registered Republicans because of Booker’s popularity and Bell’s obscurity — and hoped to avoid a beating by putting a candidate on the ticket with local cross-party appeal.

The question of what sort of impact this year’s senate contest might have on down-ballot races is unlikely to be answered until election day, when votes are cast and counted definitively, but that hasn’t stopped party leadership in places across the state from making political calculations based their best guesses. Among Republicans, Bell, a 70-year-old, Washington D.C.-based policy-wonk has long been a concern, both for his lack of name recognition in the Garden State and because of some of the fringe views he’s made cornerstones of his campaign. Having his name atop the November ballot could bode poorly for contested local races in Democratic-leaning counties where Republicans are especially at risk.

But Booker has also been a disappoint among some Democrats, who see him as running a less-than-impressive campaign given his political stature in New Jersey and beyond. Despite holding significant financial and reputational advantages over Bell, recent polling shows Booker leading the Republican by only 13 points among likely voters — which could be a good sign or bad sign, depending on how you look at it. At least one Democratic source took it as a bad sign, blasting Booker for “running a terrible race” and failing to engage on the ground in, say, the way that U.S. Senator Bob Menendez (D-NJ) did during his re-election campaign two years ago.

“The thing, Corey Booker winning this race with 55 to 60 percent of the vote isn’t good for him, it’s not good for the state party, it’s not good for Democrats,” the source told PolitickerNJ. “He’s the guy with a million Twitter followers. He’s the rock star everyone wants to see run for governor because he was supposed to be so good for the down ballot. Nobody is happy with Booker right now.”

In Somerset, a county that President Barack Obama won in 2008 and in 2012, the Booker-Bell race likewise has Democrats and Republicans responding — though Republicans more so than Democrats, who say they are happy with Booker’s camapign and the impact it will have on down-ballot races. Levine, who will now join Republican Freeholder Peter S. Palmer in facing Democrats Anthony Pranzatelli and Joan Pritchard for two three-year freeholder seats, was allegedly sought for the ticket as a replacement to Zaborowski — with the idea that replacing a lesser-known, regionally insignificant candidate with a widely-liked, Democrat-friendly politician like Levine might help keep Democratic voters, who might have otherwise turned out just to deny a politically-extreme Bell a victory, satisfied. It could also help draw out moderates who would’ve otherwise stayed home.

(Levine, for his part, said that was not his own motivation for joining the ticket, but did not deny that “others might have had a different idea”).

According to Murray, though, worrying about the coattails of either Booker or Bell, and whatever impact they might have on down-ballot races like this one, misjudges the effect statewide races, and U.S. Senate races in particular, have on local contests.

“It’s not about who’s at the top of the ticket,” Murray said. “There’s a chance that Bell may keep moderates home in places like Somerset County, but certainly not enough to make them lose this race.”

Murray sees Somerset’s motivation for pulling Levine onto the ticket in the demographic changes the county’s undergoing — not in response to Bell or Booker’s candidacy.

“I think what happened is they wanted to build for the future, knowing that the Democrats have the potential to get stronger in that county, particularly looking down the line to when there is a presidential race because that actually does have an impact on turnout,” Murray said. 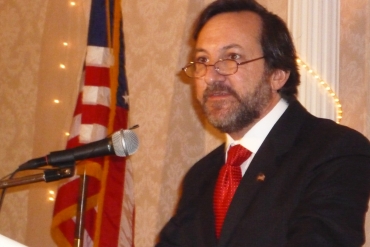