Like just about all born-and-bred Americans who were public-school educated, I was taught that America was good and the former Soviet Union was bad. While today there are more than 3 million Americans of Russian descent living here, there remains a steady stream of media bias and discrimination against Russians. The cold war may have ended, and the iron curtain opened, but the bias remains steady.

From pop culture – the M&M’s Super Bowl commercial that saw a Russian mogul leave a party to see his guest locked in a trunk – to business media, where Eugene Kashper of New York private-equity firm TSG Consumer Partners, who purchased Pabst Beer had to refute rumors that Pabst was bought by a Russian. The Huffington Post accused 44-year old Kashper — who emigrated to America at the age of 6, his parents forced as Jews to flee communist Russia – of “defecting to Russia,” while the Daily Beast said Pabst “will now take orders from Russia.”

A successful-self made American was unfairly forced to defend blatant untruths simply because his first name was Eugene. That is called bias and wouldn’t be tolerated if it happened to Chinese or Mexican emigres – nor is it acceptable that it happens to Russians.

While I am obsessed with the FX series The Americans, perhaps the most visible

Russian characters on TV today are the Russian criminals featured on the widely-popular Netflix series Orange Is the New Black. I remember the then-WWF’s Iron Sheik and his tag team partner Nikolai Volkoff, who would wave the flags of Iran and the Soviet Union, and would scream “Iran number 1, Russia number 1, USA ha-pu.” (USA would be followed by a spitting act.”). How little some things have changed.

While America today rightfully has many issues with the Russian government, and its iron leader, President Vladimir Putin, it’s unfair to slander Russian-Americans because of political differences. Not all Russian women are schemers or whores, and not all Russian men are evil or gangsters – yet those images dominate the depictions we see in pop culture and media.

Russian emigres have made tremendous contributions to America – and we must recognize their success.

Jan Koum, who sold WhatsApp to Facebook for $19 billion is the quintessential successful émigré’. He was born and raised outside of Kiev, Ukraine and as one venture capitalist wrote, “When he arrived in the U.S. as a 16-year-old immigrant living on food stamps, he had the extra incentive of wanting to stay in touch with his family in Russia and the Ukraine. All of this was at the top of the mind for Jan when, after years of working together with his mentor Brian [Action] at Yahoo, he began to build WhatsApp.”

Mr. Koum signed the agreement to sell the business on the door of the office where he and his mother stood in line only 20 years earlier to collect food stamps. Inspiring.

Sergey Mikhaylovich Brin co-founded Google and the Moscow-born Jew is one of the most successful and influential people in the world. The gorgeous and talented Mila Kunis was born in the former Soviet Union. Yet, can anyone think of a professional, together Russian-American in pop culture? Are Russians the one people who are ok to insult and discriminate against freely?

It’s well past time to do away with unfair “Russian mafia” headlines and related suspicions that we hear repeatedly. Russian-Americans have had a great impact on America – and the world. Although I am not Russian, my wife Zhanna was born in the Ukraine, and emigrated to America at the age of 16 and I am proud my kids speak Russian. I am also a board member of the largest Russian-American Jewish charity, RAJE (Russian-American Jewish Experience).

While America and present-day Russia may have legitimate reasons for political differences, bias against Russian-American emigrants must come to an end.

Ronn Torossian is an entrepreneur & author. 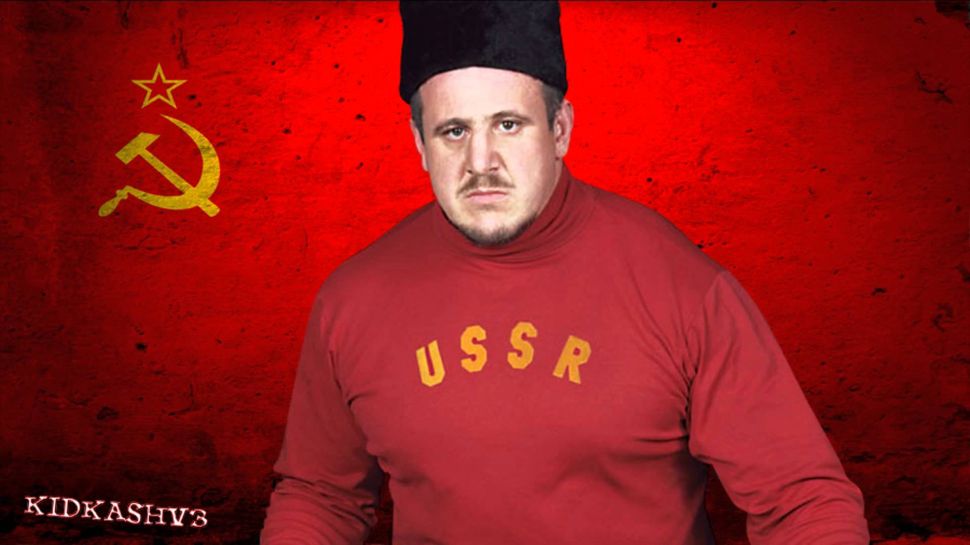