For three weeks, I’ve been tuning in to CBS on Wednesday nights to watch Survivor: San Juan del Sur. As fun as it is to watch attractive, bathing suit-clad people compete in goofy challenges, I decided it was high time to learn about the show from an insider’s point of view. Who’s the smartest player? Is John Rocker really as terrifying as he seems? Do the producers ever give the contestants deodorant?

I interviewed Drew Christy, who’s partnered on the show with his brother, Alec, to get the lowdown on what it was like to compete on Season 29 of Survivor.

What motivated you guys to audition for Survivor? Why do you think you were chosen?

We thought we had the physical and mental strength to be good competitors in the game. We are also very spontaneous and always looking for new life experiences. We knew Survivor would be one we could never forget. I think we were chosen because we fit the “bro” category that casting was looking for. Alec and I have big personalities and are entertaining to be around.

Is there a lot of down-time at camp? What do you do to pass the time?

There was lots of down time at camp. Especially when your tribe is winning. To pass the time in the middle of the day you would boil your clothes to clean them, have repeat trips to the well to hydrate, try to get to know the other contestants, look around for something to eat, or maybe even take a nap.

Speaking of naps, is there any explanation for your apparent laziness around camp? In last week’s episode, why were you sleeping when everyone else was fixing the shelter?

The producers are going to show what they want to, and they are going to not show what they want to as well. Yes, you did see me being lazy around camp one day. What they didn’t show was me building the shelter, opening coconuts for all of the girls, getting up multiple times to keep the fire going all night, collecting food for my tribe, and leading us to victory for our challenges. I don’t know if the audience noticed, but the weaved palmed fronds were about as effective as a fish net for keeping us dry out there. That thing leaked like a sieve.

John Rocker was a controversial cast-member this season. Can you describe your impressions of him, or what your experiences were like with him?

John Rocker is a funny guy to be around. He really is a one liner champion. I think media gives him a hard time for some quotes that he may or may not have said. He certainty has a bad rap about him from some of the media. I see through that. John just seems to think he’s a kid still. I like that about him.

John Rocker’s outburst after the Immunity Challenge looked pretty scary. Did other people on your tribe seem scared of him?

I don’t think anyone was scared of John Rocker… intimidated maybe. We knew he had a short fuse but he seemed to be a cancer for his team. They couldn’t win with him. Honestly, I didn’t know who Rocker even was until the 3rd or 4th day out there.

I’m curious about this with all reality shows — how real is everything we’re seeing? Do the cast-members get any help from the production team? Are you given deodorant, bug spray, razors, etc.? Or are you 100 percent fending for yourselves?

There is absolutely no help out there from producers or anyone. It’s like, “Here is your island do whatever you want.” There is nothing there! It is 100 percent real!

That being said, there are so many things that go on that the Survivor audience never really sees or has a good grasp of. Reflecting back, it’s hard to imagine how real it was. You couldn’t sneak a clothespin on that game. I would have dreams about ice cubes. I would have given one of my toes for a Slurpee from 7-Eleven.

I really can’t answer this question because I don’t want to spoil anything. It definitely doesn’t seem to me that the best overall player really has a chance to win this game. The worst player to me would be anyone that quits the game.

Are there any cast-members we definitely shouldn’t trust?

I’m not going to point fingers on who to, or not to, trust. Everyone gets a little crazy out there, and you can’t really trust yourself, even. After days without sleep, , food, you start to become sort of a looney toon. At least a few of us did! 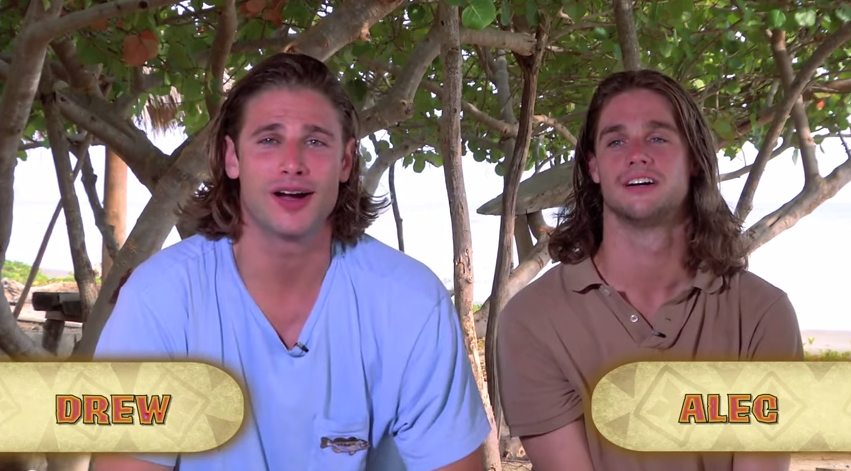