When Tony and Clare White bought Bunny Mellon’s townhouse at 125 East 70th Street for $22.5 million in 2006—officially from an LLC named for Mellon’s sprawling rural Virginia estate—one broker told us that she considered it “perfect for a Brit.” Mr. White, a successful Irish businessman, thus seemed to more or less fit the profile. “The rooms weren’t that large, but it had plenty of charm,” the broker continued. “It has a European feel to it. For the average New Yorker that wants to make a splash—grand rooms, high ceilings—they don’t understand that setup.”

High-rolling New Yorkers have not, by our reckoning, become any more subtle. But the Whites have apparently found someone to take the place, which was last listed for $41 million with Sotheby’s International Realty’s Louise Beit, off their hands—it’s just entered contract, according to the broker’s website. (Bunny, whose true and complete name was Rachel Lowe Lambert Lloyd Mellon, passed away in March at the age of 103; her former husband, Paul Mellon, relation of Andrew, died in 1999 at an entirely respectable 91.)

Then again, there’s not exactly a shortage of overseas bucks in town, which perhaps goes some way toward explaining the considerable appreciation the home—and its already well-funded sellers—has enjoyed. Alas, the couple initially hoped to taken in $46 million on the resale. But call us callous, we’re having a tough time mustering too much sympathy on account of the apparent shortfall.

At 11,100 square feet and a whopping 40-feet wide, the townhouse seems an odd thing to fault for lacking in grandeur. (Only in New York?) It has eight bedrooms and seemingly innumerable sets of French doors and windows. It is maybe this, in part, that lends it “the charm of the French countryside.” There are a wine room and an elevator, walls painted vibrantly—and attractively—in soft pastels and deep blue. A horticulturalist by both training and passion, Bunny Mellon, a friend of Jacqueline Kennedy Onassis, famously designed the White House Rose Garden. And a verdantly planted stone courtyard with a lily pad-speckled pond appears to retain the benefits of her expert eye.

Is all this truly something only a Brit could love? Only time, and a hawkish watch on property records, will tell. 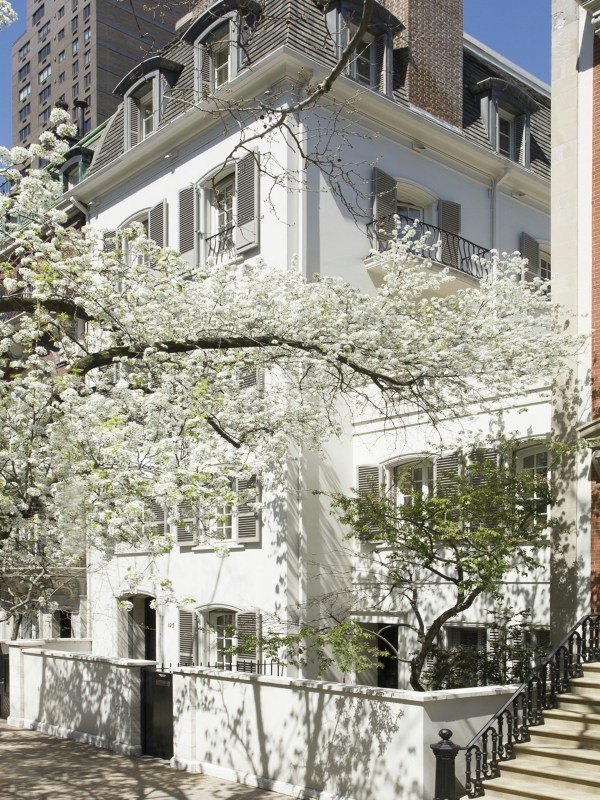