If you feel left out of the whole Twin Peaks phenomenon, we’re here to help! Every week, associate tvDownload editor Vinnie Mancuso attempts to figure out what the hell is going on in this town, while senior editor/Twin Peaks expert Drew Grant answers his questions. This week: the pilot episode! Oh the screaming!

Vinnie: What is the deal with that receptionist (Lucy?) and her impossibly high voice?
[youtube https://www.youtube.com/watch?v=i5zYIDAWOcM]

Drew: Oh, that’s Lucy Moran. She’s dating Deputy Andy, who cries a lot. The actress, Kimmy Robertson (d’uh her name is Kimmy), was the voice of the feather duster Babette in Beauty and the Beast, which was legitimately my first crush on a household appliance growing up. Remember? “Oh no! I’ve been burned by you before!”
[youtube https://www.youtube.com/watch?v=HVeR2VHHAEc]

To answer your question, I have no idea why she talks like that, but it’s not that strange. I know someone who talks like that and it can be somewhat jarring, especially when she’s quoting rap songs. You never get used to it.

Vinnie: What is the town of Twin Peaks’ obsession with announcing murders and deep personal family problems over loudspeakers and PA systems?

Drew: Well Vinnie, you’re probably too young to remember this, but back before cell phones and apps and IM messenger, the main form of communication between grownups and kids was over a loud bullhorn. It’s just how information was transferred from one generation to the next. Also big in the 90s was the trend where teenagers would start spontaneously start crying and running around screaming right before the transference of bad news.
[hulu id=vgn78grk9bmjxdyqqdywda width=512 start_time=1333 end_time=1397]

Sometimes the adults cried too.
[hulu id=vgn78grk9bmjxdyqqdywda width=512 start_time=1529 end_time=1636]
You never get used to it.

Vinnie: Can someone please hang this lady’s drapes, it’s bad enough she only has one eye or something? 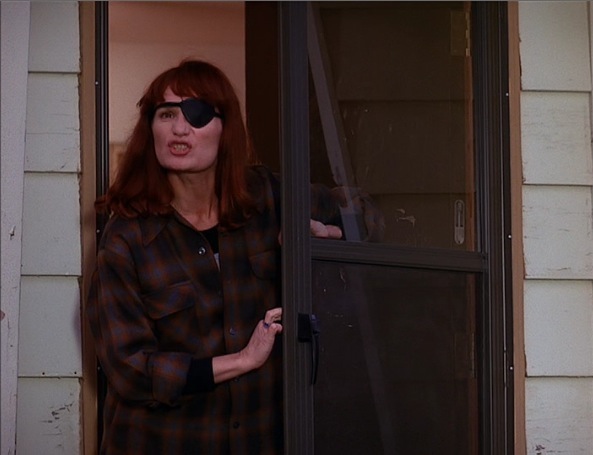 Also, please tell me this isn’t the last we see of this lady.
Drew: Vinnie, Nadine doesn’t want someone to hang her drapes. She is a fully competent, resourceful and incredibly strong (like, Michael Chiklis-strong) woman. She is also an entrepreneur…she’s gonna take that drape problem and turn it into a million dollar idea, just you see!

And since she’s technically the aunt of James (the motorcycle-riding, leather-jacket-wearing bad boy prototype later to be replicated by Taylor Lautner in Twilight) and married to Big Ed of the gas station…yes, you’ll be seeing her again. 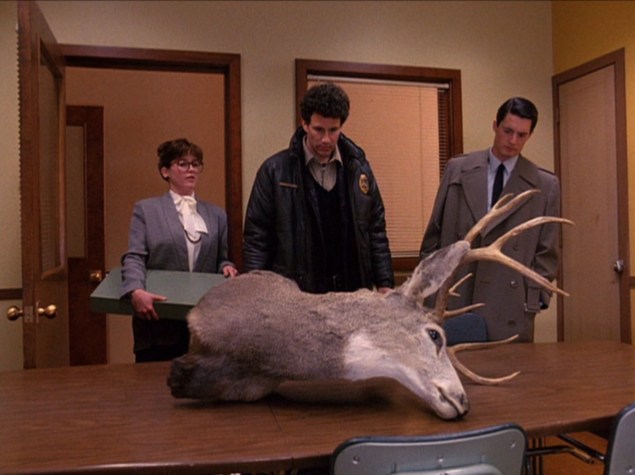 Drew: No, that’s just taxidermy. You’ve seen too many True Detective/Hannibal/The Leftovers/Top of the Lake-style shows where the antlers are supposed to symbolize something. You need to let that go, here. Nothing means anything.

Vinnie: So (deep breath) Bobby (who is the worst TBH) was dating Laura Palmer, but also secretly fucking Shelly, but its okay because Laura was secretly fucking James, but now Laura’s dead so James loves Donna, but Donna is dating that guy with the awful 90’s haircut…right? 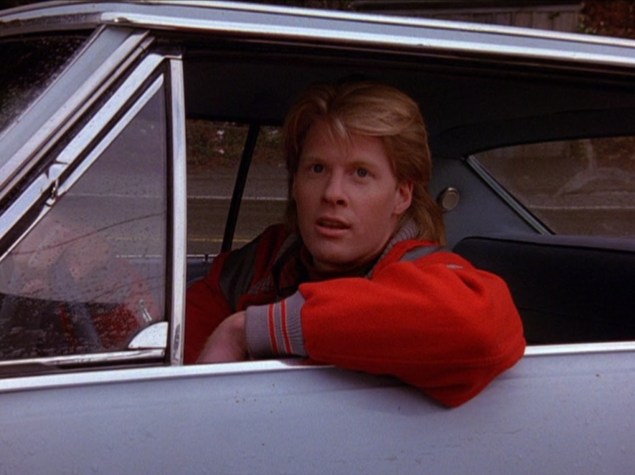 Drew: Yep. Mike. Is that the question?

Vinnie: Donna’s dad is way too cool about his daughter sneaking out after curfew like a day after two girls were kidnapped and raped and one was murdered. That’s not a question but ?

Drew: I feel like you didn’t understand the Q & A format we were going for here. In general though, the Heywards are a pretty stoic breed: good, Pacific Northwest folk who aren’t easily fazed. I mean, look how no one even blinks over Donna’s younger sister, Harriett, and her “Gaby Hoffmann in Transparent“-style haircut. She’s going through something, you guys. 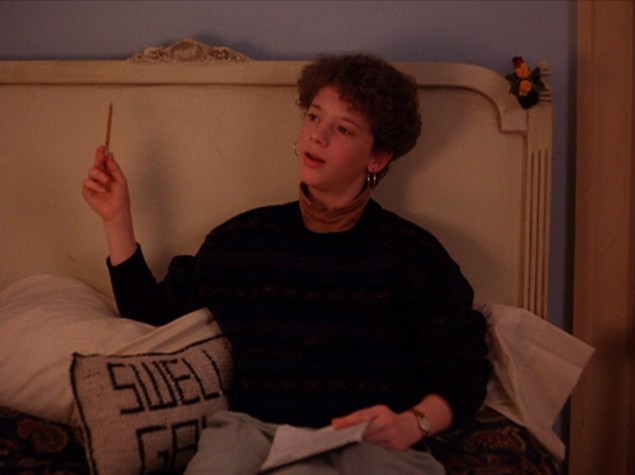 Vinnie: this is the most important question, and probably the only one I really need answered: will there ever be an explanation for the dancing Twin Peaks High School student?!?

Drew: Yes. He has just broken up with his awful ex-girlfriend, leading her to run screaming across campus before Laura Palmer’s death was even announced. 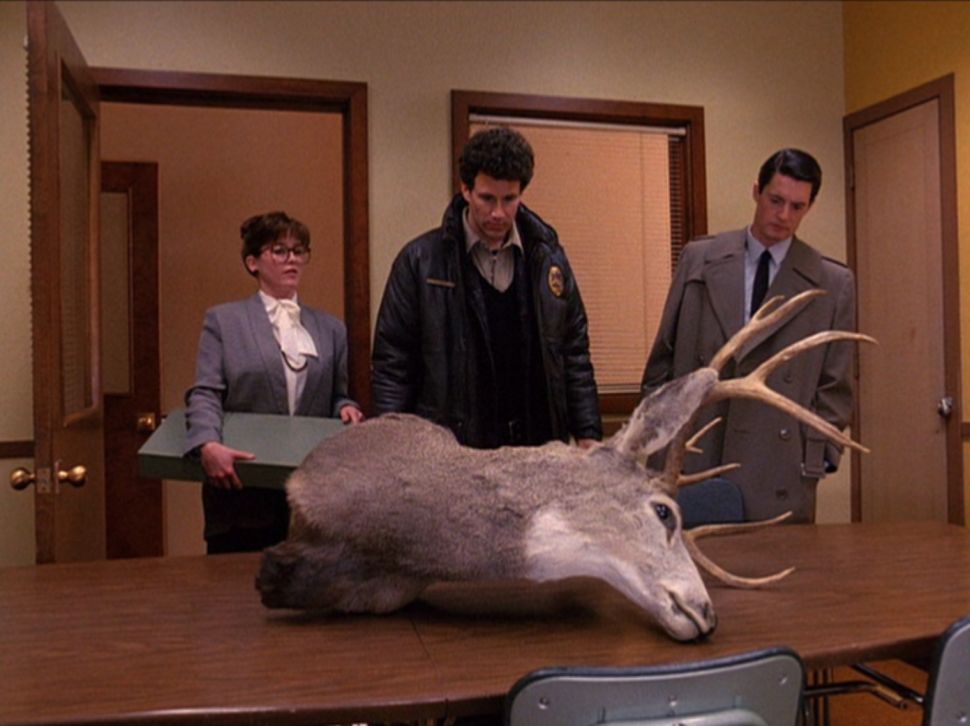