Can we just get this out of the way real quick? Can we at least, for a second, entertain the idea that Noah started talking all metaphysically (in Alison’s memory, mind you) about time travel and separate universes timelines because it actually pertains to the plot? Like, bear with me, Noah and Alison’s accounts are so different because they are actually different — two different universes split off into separate ends of the cosmos from the moment Alison walked over to Noah’s table at The Lobster Roll in episode one. Like whaaaaaat?

No, just me? Maybe I’m over thinking. Maybe I just really miss Lost. But bookmark this recap, just in case The Affair pulls a wonky time travel twist out of its back pocket at the 11th hour.

Now that all that nonsense (or truth) is out of my system, let’s take a look at what is really happening with these two wacky kids out on Long Island with their extramarital affair and unfulfilled lives and murder investigations. Vacations, am I right?

What is fascinating about the different memories that Alison and Noah remember is how obvious to the viewer, and most likely not themselves, is how well they serve the needs and desires of the person recounting them. I already pointed out that Noah’s memory is basically premium channel softcore filmed by someone going through a midlife crisis, and for the most part it feels that way again in episode two. At the big annual Butler bash on the beach, Alison quite literally serves Noah, bringing him an unordered whiskey on a platter while wearing a slinky black dress. When Noah tells her she shouldn’t be smoking so close to the party, she responds “then where she would go?” so coy and cat-like, you almost expect her to blow smoke in Noah’s face in super slow motion.

But this week Noah’s memory goes beyond the hypersexual in ways that continue to paint him as the ultimate seduced husband. When he remembers running into Alison at the Farmer’s Market, he remembers her being cold, distant, like they had never met before. He needs to remember it like this. Because he also remembers her explaining it later on the beach, “well you were with your daughter.” She is the one playing this crazy seduction game, hiding her obvious attraction around his daughter because duh, she know’s they eventually gonna’ get. it. on. He’s just this friendly outsider and husband, content with his “oh I’ve never done anything this naughty” attitude.

I also find it funny that he remembers only paying $12 for his jam order, instead of Alison’s memory of $40. This is basically the only thing I’m #TeamNoah on, because I most definitely would also deny paying $40 for jam.

Flip on over to Alison’s point of view, and the dude is the grade A try-hard that I used to see frequent the college bars not too long ago. He walks up Alison’s Farmer’s Market smiling like the damn Joker from Batman, basically leading off the conversation with “I’d like to see you again, I’d like to keep talking with you.” Well, hello to you, too, guy I met twice. At the Butler party, Alison doesn’t suggest anything about leaving — Noah throws out the age old classic — “You wanna get out of here?”

Because as wholesome as Alison’s memories are over Noah’s, they also are telling in the fact that Alison too needs to remember it this way. She’s damaged, she has just gone through one of the worst tragedies a parent can go through (as Helen’s mother is so kind to remind her with a sympathetic pat on the face.) So in remembering the affair, of course she shoulders only about 10% of the blame. What kind of person would she be if she actually wanted this, she reasons. To her Noah was this alpha-aggressor, an outsider not only of Montauk but her life that has somehow planted himself in the heart of both. And as Alison is quick to point out, the hope is always that those damn non-locals eventually leave when the weather turns colder and the once ideal summer town loses its early appeal.

Funny enough, both memories end this week with Noah and Alison giving in and making out in quite the extramarital fashion, but in different ways. In Noah’s memory, he is so conflicted, you guys. It’s takes a whole lot of beach sitting and ocean gazing before he finds Alison at the gate and kisses her (only after he recently found out, to his great relief, that Alison was also married.) In Alison’s memory he already knew she was married going on to the beach alone with her. In a strange twist, he asks her if she’s been thinking about him, and she says yes. When he asks what she wants, she says she wants him to kiss her. Did anyone else feel like no, she hadn’t been thinking of him like that and no, she did not want him to kiss her right then. Perhaps this is break in her resolve, a moment of truth in the shadiness and deception.

In the end, both stories end with the beginning of the affair. Neither is lying about that, they’re just trying to justify it to themselves.

Also, justify it to the cop investigating them for a murder investigation. Oh, yeah, that’s also happening. We learn that someone, a male, got run down on his way home from the party. This here male was on the road to a club mostly frequented by non-locals. Also, Alison “can’t believe” he’s gone, and Noah was under the impression it was an accident.

I really hope this dead male wasn’t Cole, because duh that is the most obvious. And also I hope it wasn’t Noah’s asshole father in law Bruce Butler, because also obvious. I do have to point out that the title of Bruce’s book, House of Man, is perfect in every way. I picture Bruce thinking it up and scoffing while drinking fine Scotch on his veranda and watching the help do his yard work.

So, yeah, we know nothing really. Nothing, except for the fact that I do hope it’s that guy Scotty that got run over. The one who was going upstairs with Noah’s daughter, knowing she is sixteen. Damn, Scotty. Stick to your job of attractive rancher on the ranch of attractive ranchers. 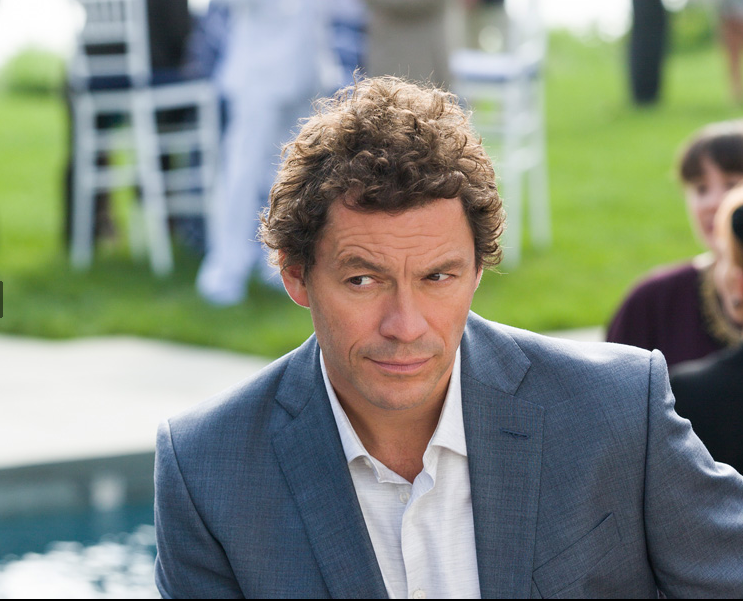