Random, Outlandish The Affair Theory of The Week: So last week it was time travel and alternate dimensions, which is an idea I’m still totally on board for BTW, Affair writers. Also our editor Drew floated out a theory that Noah is just a big stupid dumb-dumb, which isn’t so much of a theory as it is a straight fact. But this week, oh, this week it’s all about the shirts. You see, I’m now convinced that whoever’s side of the story, Noah or Alison’s, includes the purchase of a completely arbitrary item for an outrageous price is the person telling the truth. Bear with me. Last episode, Noah recalled paying like 12 bucks for Alison’s jam, which isn’t as sexual as it sounds, but Alison remembered him paying $40. Noah’s whole story is total BS, understandably. As a bro with experience lying to other bros, I too would definitely leave out the part where I dropped 40 bucks on jam in an attempt to impress the married woman I had recently met the day before.

Still with me? Okay, so this week Noah pays a clean 100 bucks on Lobster Roll t-shirts. T-shirts! If I was telling a completely fabricated story about the time I got vacation ass behind my wife’s back, I would have no qualms leaving out the part where I spent 100 big ones on T-shirts from a Montauk lobster shack. Therefore, this has to be the truth. Boom. Season over. Case cracked.

Why do I need to come up with outlandish The Affair theories? Because three episodes in, there really isn’t that much actually happening on The Affair. Sure, both Alison and Noah are describing a lot, but the stories don’t match up even a little. “That’s the whole point, Vinnie, maybe you’re the big stupid dumb-dumb,” you say. And yeah, I get that the appeal of the show is the whole he said/she said thing. I do. But if the stories don’t have any details match up, doesn’t that mean we still know absolutely nothing about what actually happened? Like not even a hint. Basically, three episodes in and 0% of a real story has been told, besides the fact that Noah and Alison made out a whole lot. I’m still like on board with this show, but would it kill it to have just one grain of truth break through? One moment where the mystery of the show is more than, wow her story is sooo different from his. That has been established, The Affair, now maybe let us know why it’s so different?

Basically, watching The Affair has become like listening to that one friend everyone has, let’s call him Jeff, that always feels the need to embellish his stories with obvious lies to look cooler than he is, when you know the story wouldn’t be that bad if he just told the truth. Like, I’m still friends with you The Affair, just stop being such a fucking Jeff.

What did we learn this episode? Well, pretty much the only stuff we can trust is from the current day interrogation scenes, because those scenes aren’t lies all lies (“Or are they?” he jots down in his list of possible Random, Outlandish The Affair Theories.) We learn that there’s a Montauk family rivalry between the Hodges and the Lockharts, which leads Noah to suggest Oscar Hodges as a possible suspect for, um, whatever the hell he’s being interrogated for. We learn that current day Noah is still married, but since the interrogation room conversations are the most vague conversations, we don’t know who the wife is. And at some point there was a wedding? And Alison was there? So I think it’s obvious from all that it was Cole Lockart that ran over Noah’s youngest son. With his horse.

Just kidding. I have no idea.

I also had a ton of random observations about this episode that really had nothing to do with the main plot, but since I’m not sure what the main plot is anymore let’s run them down. 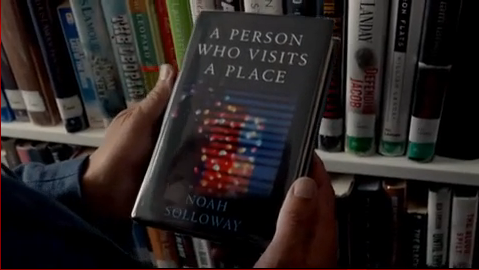 It’s hard to tell, but I still do enjoy The Affair, just like I still enjoy hanging out with hypothetical Jeff because he has a sweet TV and usually comes through in the end. Just, like, I know it’s your “thing” but lighten up just a little, a little bit on the lies, man. 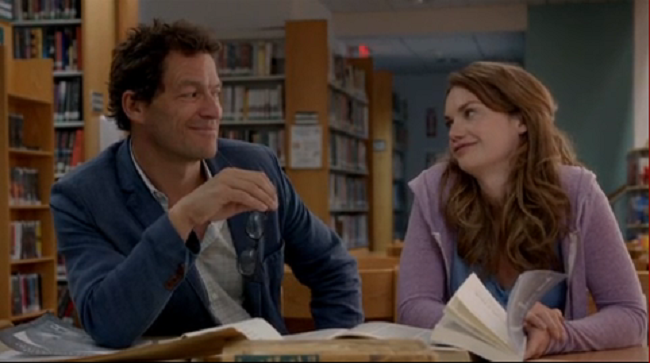