By looking at the Department of Health’s data, I Quant NY found that, on average, none other than the city’s White Castle restaurants are the cleanest, scoring around 10 points. Taco Bell and Starbucks follow close behind in their own health inspections. Meanwhile, bringing up the rear are Domino’s Pizza and Papa John’s. Last place and no contest, goes to IHOP with an average B grade of 21.

The City health inspectors judge each establishment and for every code violation they dole out a point. A restaurant that receives 13 or fewer points gets an A, whereas anywhere between 14-27 violation points lands a B grade. Anything scoring 28 or higher must post a C, and only the bravest of patrons dare to enter.

It is noted that “different types of food preparation may lead to different numbers of violations”, but, where IHOP is concerned, how complicated can pancakes be? I Quant NY’s hunch was right; the combo restaurants, such as a mixed Burger King and Popeye, receive grades almost twice as bad as their single chain counterparts.

Knowing all this, midnight cravings for pancakes and whipped cream might not be such a great idea, but apparently the square hamburgers are a safe bet. 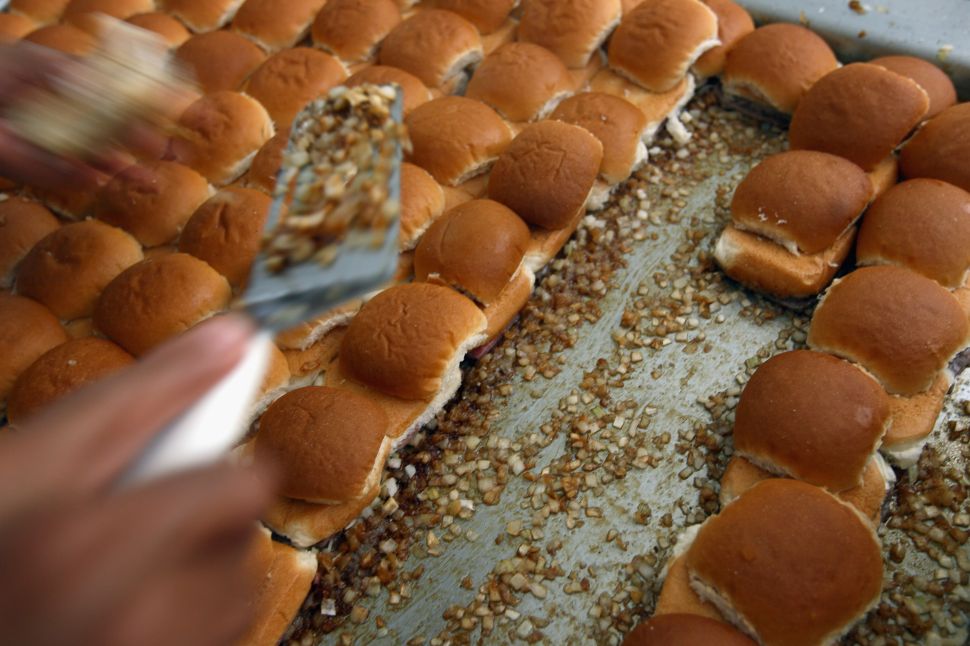