“There is no heaven but women, nor no hell save marriage.”
-Thomas Webbe

“A man in love is incomplete until he has married. Then he is finished.”
-Zsa Zsa Gabor

The newly published data say that the number of U.S. adults who never marry has hit an all-time high of 1 in 5. In 1960 it was 1 in 10. We’re lucky it’s only that high. In Scandinavia only 20 percent of the population bother to marry. In France and Britain it’s about a third.

I was also surprised to see sociologists grappling with the reason for the sharp decline in marriage. The consensus is a bad economy. People want financial stability before they tie the knot, the experts say.

Balderdash. People spend their money on what’s important to them, even when it’s scarce. They’re not spending it on marriage, for a different reason altogether.

To many a single mind marriage sucks. It’s a bore. Marriage is about “settling down.” The single years are a house on fire. The married years are about a kid vomiting on your suit and being hit by so many bills you feel punch drunk.

And forget about sex. As Zsa Zsa Gabor said, “I know nothing about sex. I’ve always been married.”

Marriage today is being abandoned wholesale. Passion and pleasure in all things, especially sex, is the goal of the age and most people are convinced that marriage just cannot provide it. The single years are hot-blooded and sowing one’s wild oats. Marriage is about watching Homeland together. Showtime’s new hot show isn’t The Marriage but The Affair. Marriage is about “establishing roots” and making peace with the fact that life is bound to get boring and monotonous. The only question is when and how soon. Still security and a good provider also have their place in the pantheon of human affairs, and this is where marriage comes in.

In life there are only two motivating forces. One can either run from the darkness, or run to the light. When it comes to marriage, it is the fear of remaining alone, or the pressure of parents, which drive most people to the altar. They hardly associate marriage with embracing something wondrous and exciting.

Only when we change the popular perception of marriage from routine-with-stability to swinging-from-the-chandeliers and crazy, insane sex will people fork over some cash to tie the knot.

So here, for a cynical audience in a pessimistic age I present the best reason to marry.

We see ourselves today as being whole and complete. We have our inadequacies. But we’re not fundamentally deficient. This assumption of wholeness makes marriage into a luxury rather than a necessity.

At lectures across the world I ask women to raise their hands if they need a man. No hand goes up. Even from the married women. I follow up.

Raise your hand if you need a refrigerator.

All the hands go up, as they chuckle.

And then my conclusion. “Why do you acknowledge a dependency on a hunk of metal that will cool your milk rather than flesh that will warm you heart? Because GE brings good things to life! With men, you’re rolling the dice.

Jewish tradition sees things differently. Adam, the first human, was a hybrid of male and female. When Adam fell asleep, God removed a tzela – often translated as rib but actually meaning ‘side’ – the feminine side, from its person.

The result was the compartmentalization of masculine and feminine, man and woman, with each being incomplete without the other. Ever since, each instinctively and erotically seeks unification with the lost half.

This is the mystical reason why even in a secular age the ideal still remains marriage, with every Hollywood chick flick ending with a wedding. We don’t marry to obviate loneliness, because shacking up would afford the same degree of companionship. Rather, we marry so that two halves can be sewn together as an indivisible whole.

He who separated us is He who can unite us.

Humans intrinsically strive to achieve an ever elusive wholeness, which can only be achieved through the spiritual union of marriage which is why so many people who are not church-goers still want a church wedding.

In its most romantic passage the Book of Genesis expresses it thus: “Therefore shall a man leave his father and his mother. He shall cleave unto his wife. And they shall become one flesh.”

Of all the benefits of marriage it is perhaps the sense of invincibility and invulnerability which is strongest. Once a man has a wife, even if his boss tells him he is worthless his wife tells him he is essential.

We men are sick of existing as human doings, always having to prove ourselves through productivity. We seek to become human beings, feeling appreciated for our souls, existence, and personhood. Marriage, rather than career, can provide that.

Genesis describes Adam as having been lonely. But why? He was surrounded by angels!

But angels are perfect. There was nothing Adam could contribute that they were missing. Loneliness ensues when we feel appreciated but not necessary, admired but not essential. It was only when God provided a vulnerable creature like Adam himself, Eve, that his loneliness was remedied.

Spouses who discover that their husband or wife has been unfaithful describe it as the most severe pain because the person who once made them feel indispensable has now made them feel secondary.

In Judaism when we raise our glasses in a toast we say, ‘L’Chaim’, which means not ‘To Life’, as many suppose, but rather ‘To Lives,’ in the plural. No one could live life by themselves. We all need someone else. Life only has meaning when we share our lives with others, strengthening and enriching them as well.

There is no more sublime method by which give and receive love than marriage, a framework that compels a human being to put another person before them always. Marriage demands altruism to succeed.

Then comes children who, in their infant years, experience a complete dependency on parents, even for their very mobility, not to mention food, clothing, sustenance. Being a parent makes us feel needed at all times and assuages loneliness.

Rabbi Aryeh Levine, who served for many years as Rabbi of the Shaarei Tzedek Medical Centre in Jerusalem, describes how once he saw a close friend late at night at the hospital. He seemed perfectly fit leading the Rabbi to inquire why he was at the hospital. Behind him Rabbi Levine saw the man’s wife limping. Pointing to his wife, the man said, “Our foot hurts.”

Rabbi Shmuley Boteach, “America’s Rabbi,” is founder of This World: The Values Network. The author of 30 books, he has just published Kosher Lust: Love is Not the Answer. Follow him on Twitter @RabbiShmuley. 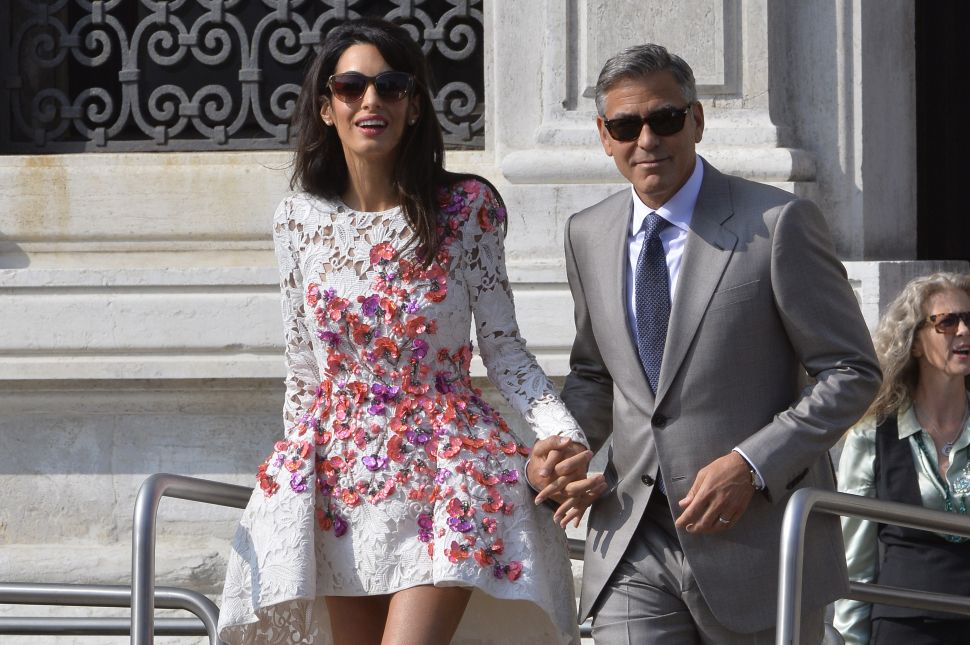