When your beloved daughter, Kelley, gets voted out and you didn’t see it coming:

“You see complete strangers slaughter your daughter in front of your eyes, and there’s nothing you can do about it,” Dale says to the camera, a mad glint in his eyes. “It’s the roughest thing I’ve ever seen my daughter have to go through… I’m not gonna give up until I can’t talk anymore.”

I totally love that Dale’s devoted to Kelley and everything, but let’s all remember this is Survivor, and not — you know — actual life.

DO: Take out that fake Immunity Idol you found, and show it to campus hot guy, Jon.

This creates the illusion that Dale has some semblance of power on a tribe where everyone wants him and his orange Ephrata shirt (what’s up with that thing?) outta there.

When Jeff Probst shows up at your camp with an extra bag of rice, and shames you for being the shittiest, neediest tribe in Survivor history:

DO: Quietly accept your status as shittiest, neediest tribe in Survivor history, and hand over all your Reward Challenge prizes so you can finally get some goddamn food. You can’t win Survivor if you die of starvation, and I’m really stressed about how skinny all these people are getting.

DON’T: Be the one guy who complains about the trade, as if you wouldn’t eventually need to eat, too, Jeremy. Aren’t you a firefighter? Don’t you subsist off ungodly amounts of chili and lasagna, or whatever it is firefighters eat? I happen to know a lot of firefighters, and I’m pretty sure they’d all trade a stupid mattress for the ability to consume food.

When your tribe wins the Reward Challenge, meaning you get to dig into a meaty, meat-filled Survivor BBQ:

DON’T: Drop to your knees, sobbing like you’ve just been spared death, when really all that’s happened is you put a puzzle together and won a bunch of meat. Reed basically performs the Survivor equivalent of Anne Hathaway’s Oscar acceptance speech.

DO: Volunteer to be the one member of Hunahpu who foregoes the Survivor BBQ in favor of heading to Exile Island with Baylor. It’s a smart move; now, when the tribes merge, Natalie will have Missy and Baylor on her side.

When Josh and Reed are celebrating their Reward Challenge victory:

DO: Be fine when they want to do some pre-BBQ making out.

DON’T: Be Jeremy, who thinks he’s being a “tough guy” but really just sounds like a miserable dick. “Josh and Reed, they walk around like they own the place, and then they’re all lovey dovey with each other,” he says to the camera. “If Val was here, we’d be so separate you’d think we didn’t like each other at all.” Uhhhhhhhh, cool?

When it’s cold and raining for a bazillion hours straight, and you’ve just given all your comfort items back to Jeff so you could get a stupid bag of rice:

When both tribes are racing to win the Immunity Challenge, and it’s down to the wire:

DON’T: Get over-confident and think you’re closer to winning than you actually are — like Jon, who, as he’s putting together Coyopa’s puzzle yells, “WHO’S BIG JON NOW?!”

Don’t get me wrong — from a viewer’s perspective, this was the greatest line uttered all season. Can’t you just imagine Jon quietly suffering an inferiority complex in the shadow of John Rocker, and, once Rocker was gone, finally waiting for his chance to be recognized for his big, manly strength? Anyway, as much as I enjoyed the moment, somehow I get the sense the other contestants — particularly Julie — might have wanted to punch Baby Jon Jon in the face.

DO: Put Resident Puzzle Master Reed and his BF Josh on puzzle duty. With their expert teamwork and tapestry-hanging skills, the pair helps Hunahpu catch up to Coyopa, and ultimately earns them a victory. Have fun at Tribal Council, Big Jon.

When you know you’re on the chopping block leading up to Tribal Council:

DO: Tell Jon you’ll give him your fake Immunity Idol if he keeps you around another week. Eh, it’s a decent try, Dale, though I feel like it’d work better if the idol were, you know, real. Dale also tries to get Jon and Jaclyn to vote with him against Missy.

When there’s a vacancy around camp for a Power Couple (yes, “Power Couple” is actually a phrase Jon uses to describe himself and Jaclyn):

DO: Exert your dominance by screwing Dale and over and voting him out. And hey, it’s probably for the better that you vote him out before he slits all your throats in your sleep. 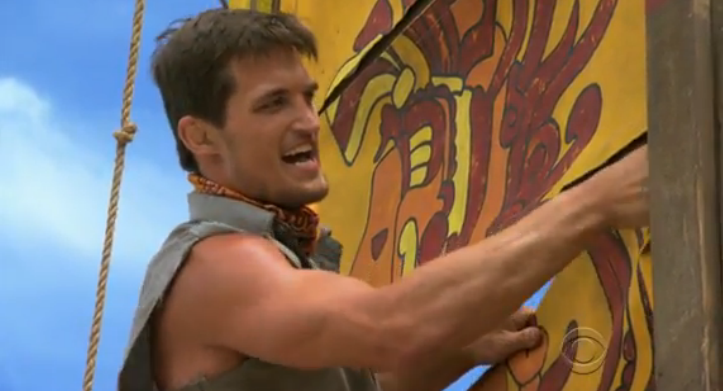