Ever gone looking for a certain pair of shoes — just once even — and had some banner ad follow you to every site you visit for a month trying to sell you those loafers? Or maybe you’ve accidentally stumbled into someone’s Pinterest board for five seconds and been pushed for a week to shop for chapel-length wedding veils and event florists? That’s because advertisers are using everything they can learn about you to sell to who they think you are based on your browsing habits.

A new browser extension called Floodwatch scrubs up all of those ads that you’re shown throughout the day and builds a profile of how you’re being advertised to. The project is a collaboration between a data firm called The Office for Creative Research (OCR) and Pulitzer Prize-winning journalist Ashkan Soltani.

The app is a simple Google Chrome plugin that collects every online advertisement you see into a database that remembers where it was published, what it was advertising, what advertising service published the ad, and even the general coloration of the ad — this writer wracked up over a hundred ads in only an hour or two, a startling majority of which were either predominantly black or grey.

The app was made to collect and expose the many ways that advertisers are exploiting our browsing habits to build a comprehensive profile of who we are.

“Unregulated, these practices are already leading to to price discrimination, privacy violations and broken trust between customers and customers,” a video introducing Floodwatch says.

Floodwatch has an opt-in system where you can donate your data collection to OCR, who is putting out a call for researches who want to expose the mysterious and invasive practices from big data firms who sell personal information for the sake of advertisers.

“Our hope is that by creating a better understanding of ad targeting tactics, we can drive better controls of discriminatory or unfair practices,” the video says. “By using Floodwatch, you’ll help to push back against surveillance advertising.”

Jer Thorpe, one of the OCR researchers who built Floodwatch, turned the tool on himself to see what his browsing habits could determine about his personal life. He wrote a Medium post wherein he says that he paid ten strangers to look at his Floodwatch data and try and determine intimate details about his life, though none of them turned out to be an accurate portrait of the man himself.

Online advertisers assumed he was a Jewish man (he’s not) and a gamer (he’s not), and the strangers he hired ended up making strange, microscopic determinations about his inner life, including that “although [he’s] a dreamer with hopes and aspirations of grandeur, John needs to focus on his current situation and build his future on reality, not dreams.”

Mr. Thorpe wrote about his experiment:

[These ads] can also be reminders of the long memory of our ad identities – that brief dalliance with a jewelry site 18 months ago means I’m still seeing ads for watches every day. The aggregated portrait is not so much an image of me as it is an image of what advertisers see of me. It is an identity assembled from fleeting glimpses, long-expired actions, and, more than anything, guesswork.

Still, whether or not online ads can perfectly simulate a digital profile of who we really are doesn’t mean they aren’t pulling from our personal lives for profit. One look at Floodwatch’s timeline view shows how your browsing data can be used to track you.

Go on a vacation recently? A destination wedding? Did you move to a new town? Spend any time on airport Wifi or on Yelp, and it’s likely you were advertised to accordly, and one look at your browsing history can figure out when and where you’ve been.

But as the Floodwatch team points out, we have no idea exactly how ad agencies are using our data. Though they take plenty of our personal data, they give almost nothing in return, all in the name of competetive advantage over other secretive ad agencies. Google’s transparency reports may show how they comply with government requests for our data, but you’ll never see a comprehensive disclosure of what Google is doing with the same data.

Still, in fighting back against big data, OCR is, of course, using big data. To believe in Floodwatch’s fight-fire-with-fire tactic, you have to have trust that the OCR researchers and Mr. Soltani are themselves trustworthy. 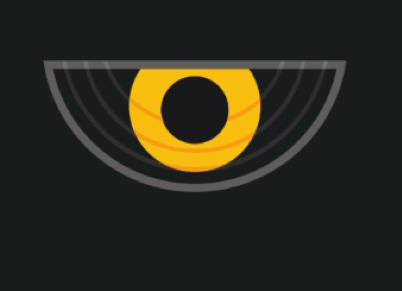