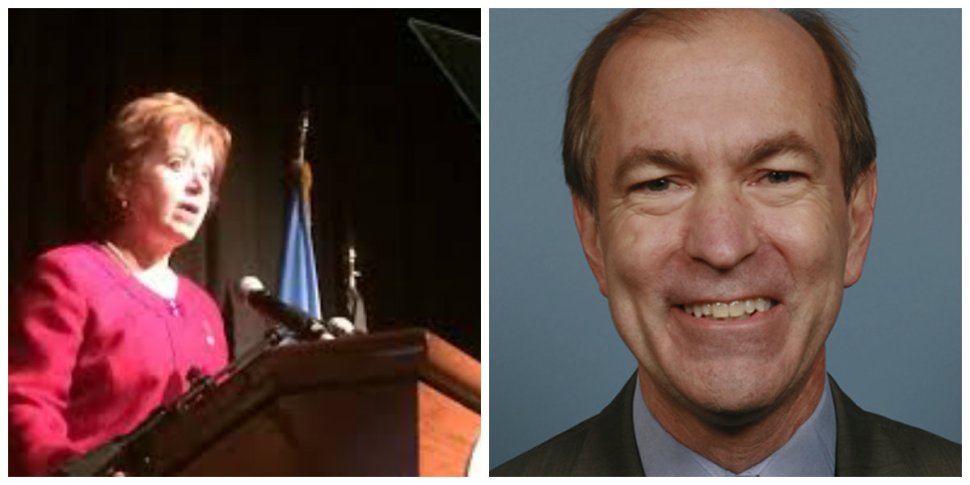 Donovan defines herself as a pragmatist who attracts a wide degree of Democratic support in her South Bergen base and throughout the county, despite her ongoing legal struggles with the Democratic-controlled freeholder board.

Garrett, conversely, is a deeply conservative Republican. According to rankings by national organizations such as the American Conservative Union, he is by far the most conservative member of the New Jersey Congressional delegation, a state known for a more moderate brand of Republicanism.

Both Garrett and Donovan are seeking reelection in November. Garrett is facing off against Democratic challenger Roy Cho in the Fifth Congressional District, which includes parts of Bergen County. Donovan is up against Democratic Bergen Freeholder Jim Tedesco.

Since Garrett and Donovan share ballot space this year, PolitickerNJ asked if Garrett’s presence could adversely affect Donovan, who has to appeal to voters outside of congressional districts that often favor one political party or the other.

“Congressman Garrett is on the federal level dealing with national, social issues, that we are not dealing with in Bergen County,” said Jeanne Baratta, Donovan’s chief of staff. “The last time they were on ticket together [in 2010], they campaigned together in Ridgewood. People were surprised, but they know each other and they campaigned together. As socially moderate as Kathleen Donovan is, she shares with Congressman Garrett the fact that they are both extremely fiscally conservative.”

“[Garrett’s appearance on the ballot] probably helps Donovan,” said Ben Dworkin, professor of political science and director of the Rebovich Institute for New Jersey Politics at Rider University. “The hardcore conservative base of Republicans living in Bergen County who might for whatever reason not want to vote for Kathe Donovan are still going to come to the polls because Scott Garrett is on the ballot. They won’t sit home.

“Likewise, Scott Garrett benefits from having Kathe Donovan on the ticket because the moderates who stay home will be motivated to come out to the ballot as well,” Dworkin added. “History has shown that the party label continues to have a strong influence on voters. More people than not will simply look at the party label and vote with their preference.”

Voters also look at the records of candidates, and a recent flare-up in the campaign highlighted one controversial aspect of Garrett’s record.

A recent Garrett campaign mailer states that in the aftermath of Hurricane Sandy, Garrett, a six-term incumbent, “was immediately on the ground helping families recover, while also leading the effort in Washington to ensure the federal funds we needed were available quickly.”

Cho pointed out that Garrett was the only New Jersey Congressional representative who did not sign a letter in November 2012 that asked House leadership to build bipartisan support for the prompt delivery of federal aid for victims of Sandy, calling his Sandy-centered campaign mailer the “height of hypocrisy.”

“I don’t think that people look at the federal ticket the same way they do as the county on down,” Baratta said. “She appeals to Democrats, and people are going to jump around more on the local level. During Sandy, the county executive was on top of things, and I think the people of Bergen County remember that.

“We may not agree with Congressman Garrett 100 percent, but we all know that when it comes to the federal government and money, a lot of times it doesn’t go to the right places,” Baratta added. “I can understand his concerns about what happened with some of that Katrina money, and him not wanting to see it happen with Sandy.”

“The question [of whether Garrett’s Sandy record will be an issue] is still being debated,” Dworkin said. “We won’t really know the answer until after the election The jury is still out at this point.”

The Garrett campaign could not immediately be reached. 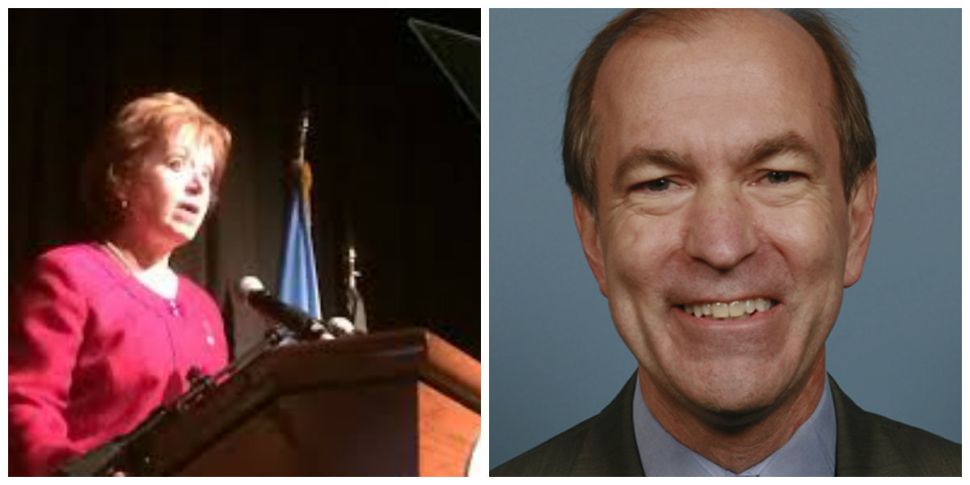