I had dinner recently with a big ad broker. He represented the online inventory of some major international publishers—US magazines, websites, and so forth.

I asked him something I’ve been curious about for a long time. How on earth do you guys get people to pay two different prices for the same inventory?

That question probably surprises the average reader but its meaning is very obvious to anyone who works in the business. In fact, price discrimination is a fundamental reality of modern online ads and publishing monetization these days.

As an illustration, you could call up Forbes or Mashable or Style.com right now and ask them their ad rates and what they’d quote you would be obscene. $20-$30 CPMs in some cases. It’s called “rate card.” And a lot of customers pay this. Maybe they negotiate the prices a little, but the conversation starts at that price.

And people buy it. Not 100% of the inventory, of course, there is too much of it. But a chunk of it is sold this way.

On the other hand, you can buy that exact same inventory from Google or Conversant or other such networks for a fraction of the price. According to Forrester, in 2007 as much as 25% of online inventory went unsold. This number is certainly much higher today and amounts to trillions of impressions. This “remnant” space as it’s called, is bought and sold at huge volume across the web—but it is the exact same inventory. In other words, the inventory left over—the majority of it—is sold to these networks. For instance in the case of AOL, you can buy ads directly from The Huffington Post at rate card. Or you buy from one of AOL’s networks that includes The Huffington Post for a huge discount.

Often, it’s not only cheaper but it has all sorts of targeting added to it—people who have visited your site before, people of certain age groups or demographics, maybe even people who are customers of your competitors. This is called “retargeting,” programmatic buying, or geo-targeted inventory and a lot of other names. The point is, often it’s actually better stuff, much closer to your ideal audience than simply saying, “Yeah, our people visit ______ sometimes. Let’s be there.”

In other words, it’s what smart and informed people buy.

The New York Times claims that buying raw inventory directly from them deserves a premium. But the market doesn’t actually support that claim—since the vast majority of the billions of impressions they create goes unsold. When it is bought, it is bought by super wealthy companies so used to buying inventory at television and print rates that they don’t notice the difference. (I say this to make that point that for all its criticisms of big businesses over the years, the Times has its own shady practices.)

At least Gawker is honest—for a long time they’ve refused to sell remnant inventory and instead give it away to support artists they like. Though I’ve seen internationally that they have used networks in the past.

But my question to they guy was who chooses to pay more than they need to?

His answer was: It sure is weird!

More importantly, how does anyone get away with doing business that way? How does everyone, including Observer Media, which dumps plenty of inventory to Google and other such networks each day, get away with it? Are these buyers just too lazy to notice?

This isn’t exactly a secret, after all. It’s not even slightly laundered like the way that a small portion of the designer clothes you see at shops end up at TJ Maxx. There’s not even a delay. This is the same inventory sold at vastly different prices in real time, right in front of us.

Look, you probably don’t care about this because you’re not an ad publisher but how do you feel when you hear that airlines charge different prices based on IP addresses? Or that some online retailers charge more if you’re browsing from an Apple computer? You feel ripped off. Well the same thing is happening here on a much larger scale.

I had another conversation with another ad buyer, who controlled something like $3 billion in annual spend for car companies and major corporations. That fact that he’s one guy, controlling that much budget from an agency you’ve never heard of should give you a sense of how big this space is (estimates have it at north of $120 billion).

I told him about my little conversation and then asked him a question. I said, speaking of weird, what do you think of the fact that compared to five years ago there are orders of magnitude more advertising inventory than before (especially with mobile). For all intents and purposes there’s now an infinite amount of ad space available. This should give customers almost monopsony level control. So how is the price steadily climbing upwards?

It’s the damnedest thing, he said.

We were in agreement there. Because it sure does seem to defy basic laws of economicsto me.

Take what you will from these conversations. I know they are just anecdotes. I know they are mostly based on my personal experience (I estimate I’ve bought a little less than $20M in ads over the course of my short career) but it should count for something.

It makes me think, sometimes when I am in a particularly cynical or angry mood, that it’s all just one big, disgusting scam.

Ryan Holiday is the editor at large of Betabeat and the author of Growth Hacker Marketing: A Primer on The Future of PR, Marketing, and Advertising now available in paperback. 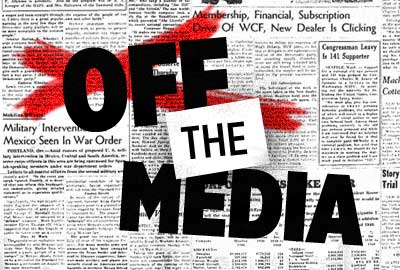